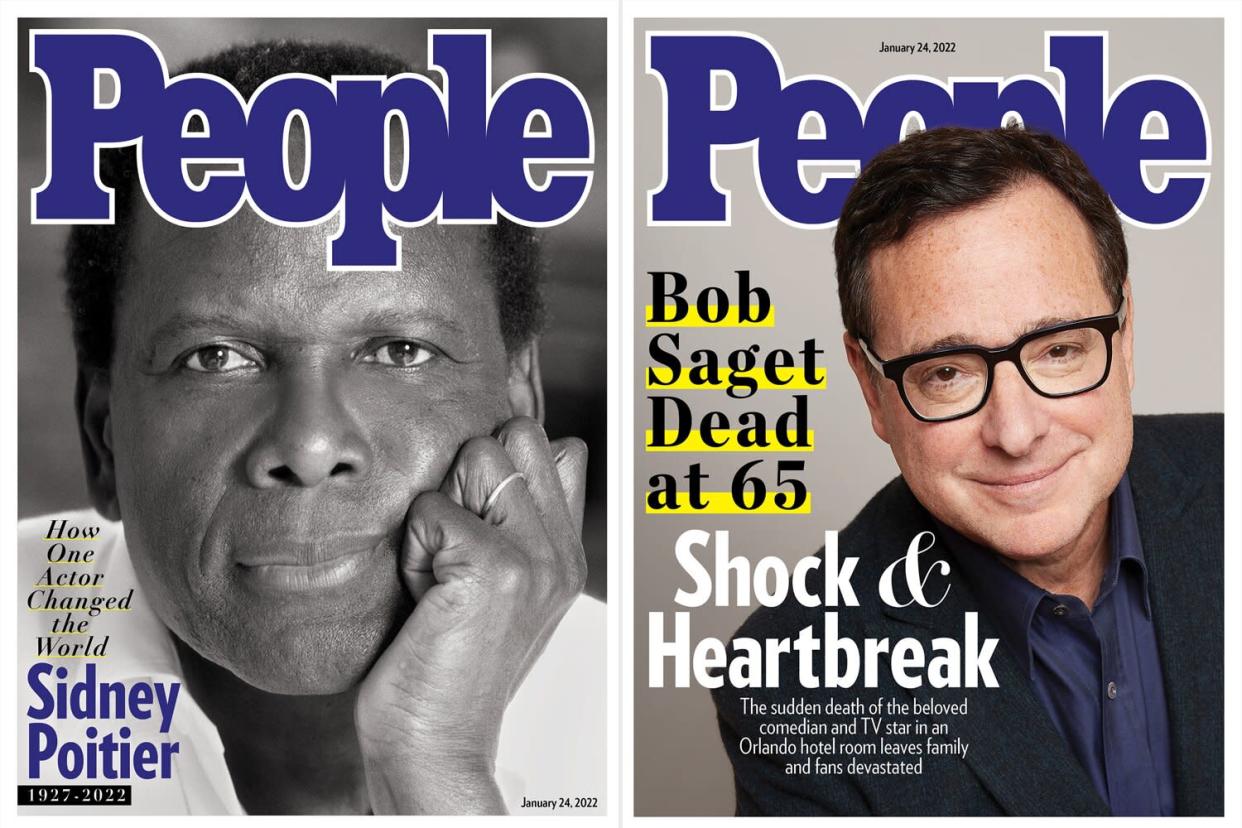 Hollywood is reeling from the loss of two celebrated stars.

In this week's dual PEOPLE cover stories, family and friends pay tribute to legendary actor Sidney Poitier, who died Thursday at the age of 94, and Full House star Bob Saget, who died Sunday at 65 years old.

Poitier was known both as a trailblazing performer and activist. In 1964, he became the first Black actor to win the Oscar for Best Actor for his work on the 1963 film, Lilies of the Field.

"He just had this power and charm and wit and humor and danger," actress Lee Grant, who costarred with Poitier in 1967's In the Heat of the Night, tells PEOPLE. "He had a sense of morality that went through all of his films."

"Sidney just was a hero," she added.

RELATED: Behind Sidney Poitier's 'Slap Heard Round the World' That Made History in 1967's In the Heat of the Night 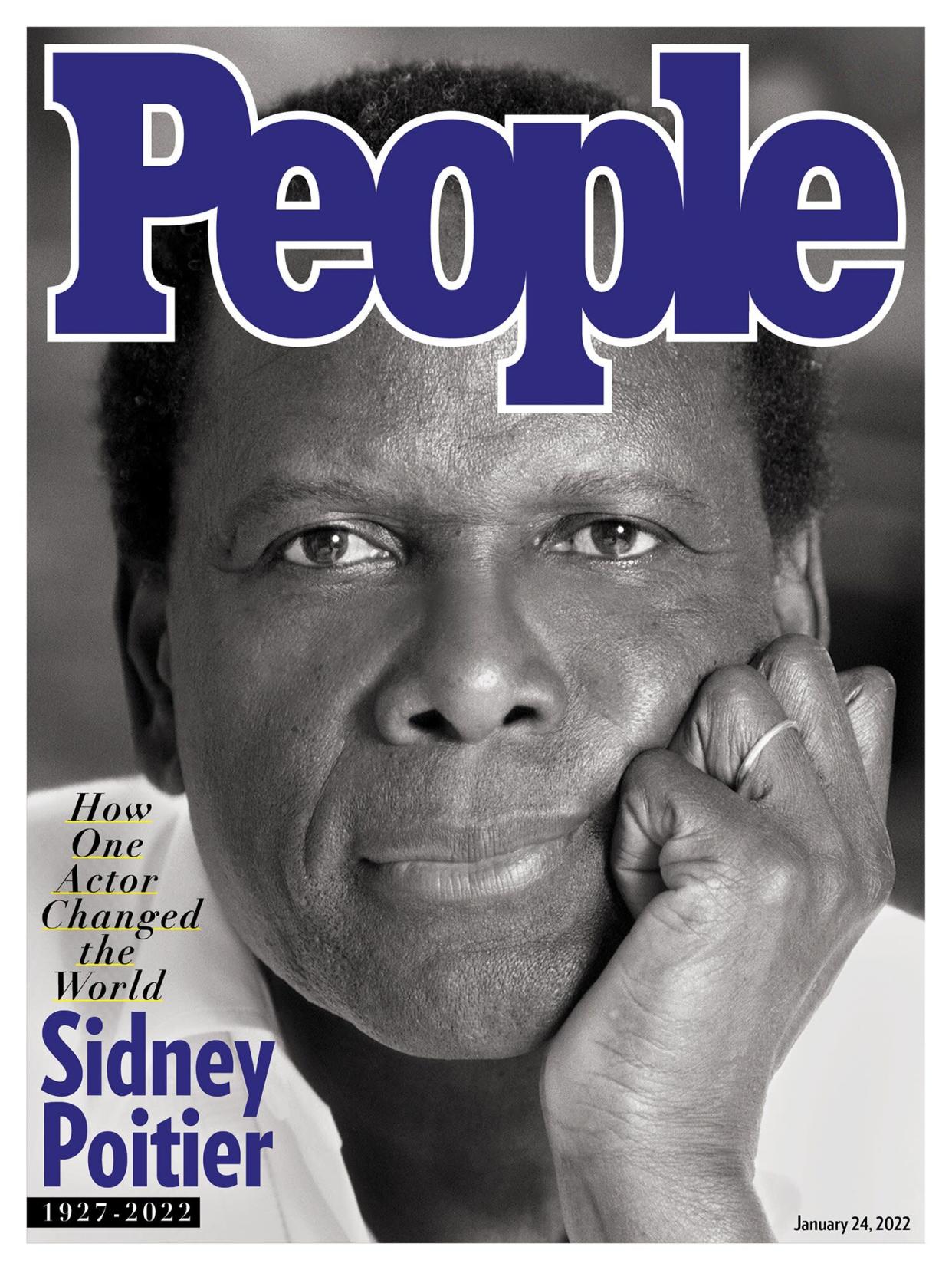 Beyond acting, Poitier was an advocate who fought for civil rights, often alongside his close friend of nearly 80 years, Harry Belafonte. They helped organize the March on Washington and plan Martin Luther King Jr.'s memorial after his assassination.

The singer's daughter Shari Belafonte tells PEOPLE that "losing Sidney is probably the most difficult thing my father has had to fathom, more so than losing Martin L. King."

"They both focused on making this world a better place for all people, not just people of color," she adds.

Saget's family, friends and former castmates are also remembering him after the beloved comedian died on Sunday following a performance in Ponte Vedra on Saturday night.

"We are devastated to confirm that our beloved Bob passed away today. He was everything to us and we want you to know how much he loved his fans, performing live and bringing people from all walks of life together with laughter," his family shared in a statement on Sunday night.

RELATED: Bob Saget's Family Is 'Devastated' About Full House Actor's Death: 'He Was Everything to Us'

Saget's wife Kelly Rizzo tells PEOPLE that "Bob was my absolute everything."

"I am so completely shattered and in disbelief. I am so deeply touched by the outpouring of love and tribute from our friends, family, his fans and his peers," she adds. "When the time is right and when this news is not as raw, I look forward to sharing more of Bob with the world." 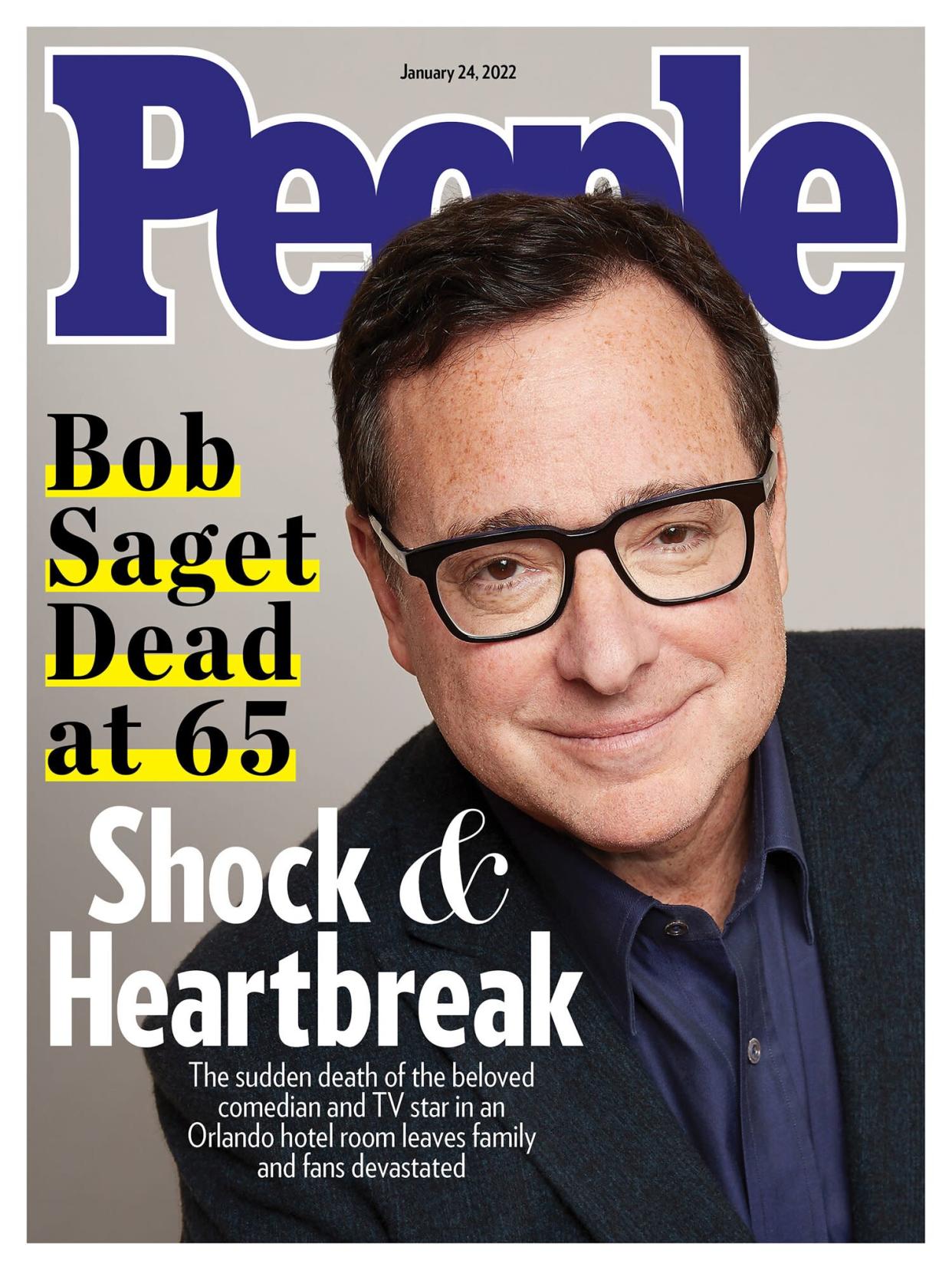 In one of his most iconic roles, Saget played Danny Tanner on Full House and later returned for the Netflix sequel, Fuller House. On Monday, the cast of the hit family sitcom shared a joint statement honoring him.

"Thirty-five years ago, we came together as a TV family, but we became a real family. And now we grieve as a family. Bob made us laugh until we cried," they wrote. "Now our tears flow in sadness, but also with gratitude for all the beautiful memories of our sweet, kind, hilarious, cherished Bob. He was a brother to us guys, a father to us girls and a friend to all of us."

"Bob, we love you dearly. We ask in Bob's honor, hug the people you love. No one gave better hugs than Bob," they added.

For more on Sidney Poitier and Bob Saget's remarkable lives and careers, pick up this week's issue of PEOPLE, on newsstands nationwide on Friday.