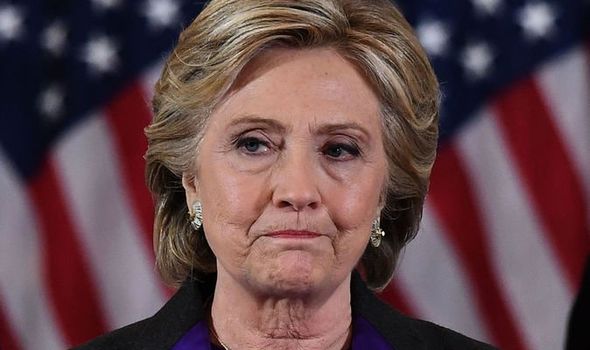 The former US first lady and presidential hopeful retweeted a video by American singer and rapper Lizzo with a controversial caption. The video was originally tweeted by the singer herself in an alleged show of support for Democrats. The video features Mrs Clinton and other candidates at a 2016 Democratic debate with Lizzo’s song “Truth Hurts” playing instead of the US national anthem.

Mrs Clinton quoted a line from the song in her tweet which said: “Took the DNA test, turns out…”

However, she did not include the punchline of the quote, “I’m 100 percent that b**ch”.

Media outlets have ventured that Mrs Clinton “may have wanted to let her hair down a bit” after being “criticised for failing to show her human side during her loss to Trump”.

But many social media users have instead decided that the former first lady’s tweet is an opportunity to bash her online. 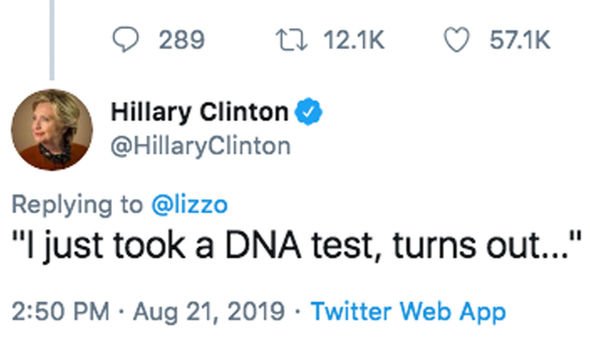 Jokes about both her and her husband, former US President Bill Clinton have now appeared on Twitter in response to Mrs Clinton’s tweet.

One mockingly replied: “I don’t have the DNA to become President.”

Another responded: “I am Satan’s daughter.” 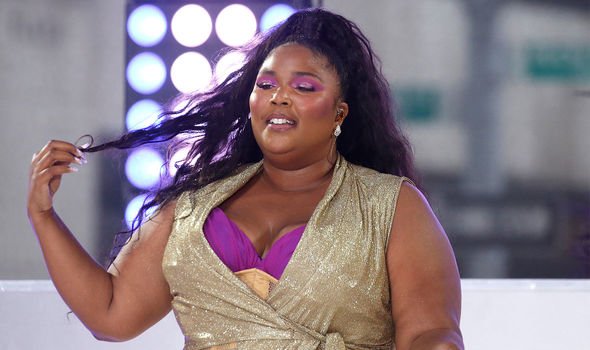 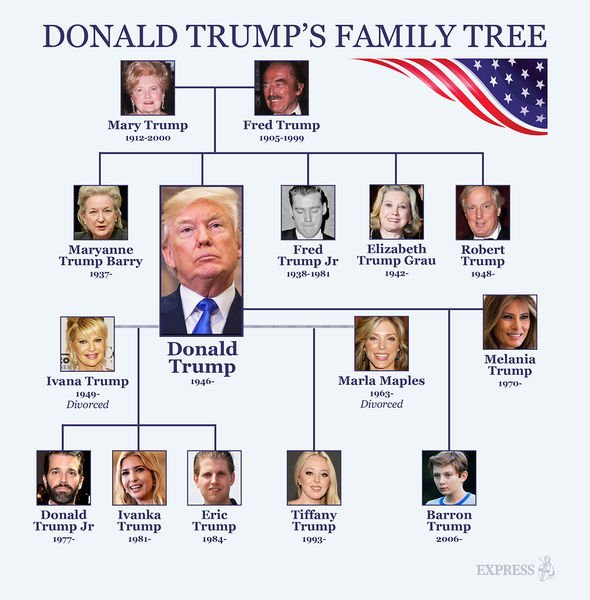 One user said: “This is literally the best tweet EVER!!!!!!”

Another responded: “That’s my president!!”

One user replied: “You were the right choice after all.”