Sacramento: California’s governor blocked the parole of Charles Manson follower Patricia Krenwinkel on Friday, more than five decades after she scrawled “Helter Skelter” on a wall using the blood of one of their victims.

Governor Gavin Newsom said Krenwinkel, now 74, is still too much of a public safety risk to be freed.

“Ms Krenwinkel fully accepted Mr. Manson’s racist, apocalyptical ideologies,” Newsom said. “Ms. Krenwinkel was not only a victim of Mr. Manson’s abuse. She was also a significant contributor to the violence and tragedy that became the Manson Family’s legacy.” 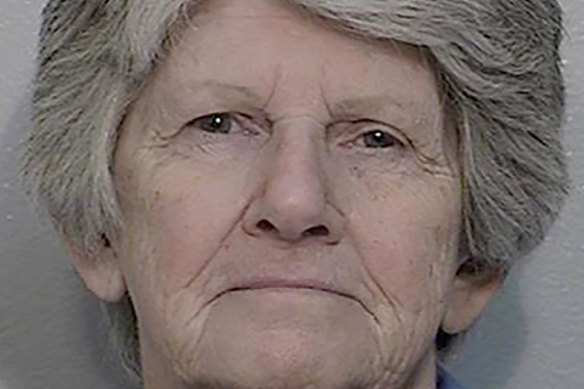 A two-member parole panel for the first time in May recommended that Krenwinkel be released, after she previously had been denied parole 14 times. Newsom has previously rejected parole recommendations for other followers of Manson, who died in prison in 2017.

Krenwinkel became the state’s longest-serving female inmate when fellow Manson follower Susan Atkins died of cancer in prison in 2009. Her attorney, Keith Wattley, said he understands Krenwinkel is the longest-serving woman in the United States. 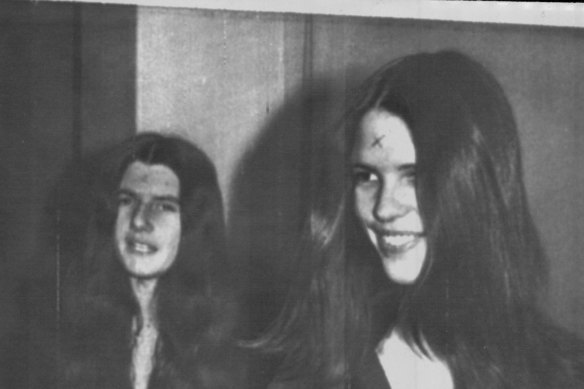 Leslie Van Houten (R) and Patricia Krenwinkel, still showing the “X” marks they scratched in their foreheads, arrive in court in 1970.Credit:UPI

She and other followers of the cult leader terrorised the state in the late 1960s, committing crimes that Newsom said “were among the most fear-inducing in California’s history”.

She was convicted in the slayings of pregnant actor Sharon Tate and four other people in 1969. She helped kill grocer Leno LaBianca and his wife Rosemary the next night in what prosecutors say was an attempt by Manson to start a race war.

Newsom agreed that she has been well-behaved in prison, has completed many rehabilitation and education programs and has “demonstrated effusive remorse.” But he concluded that “her efforts have not sufficiently reduced her risk for future dangerousness.”

She still doesn’t have sufficient insight into what caused her to commit the crimes or her “triggers for antisocial thinking and conduct” during bad relationships, Newsom said. 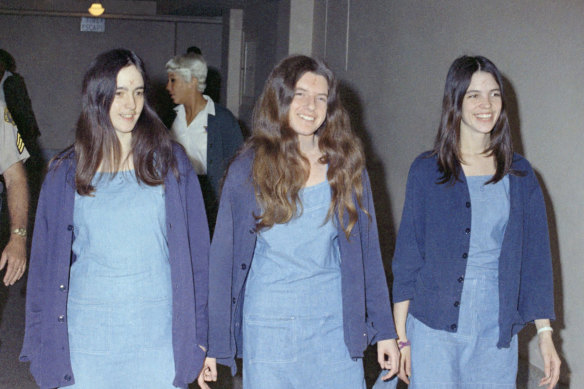 Susan Atkins, Patricia Krenwinkel and Leslie Van Houten walk to court in August 1970 to be tried for the killings of seven people a year earlier.Credit:AP

“Beyond the brutal murders she committed, she played a leadership role in the cult, and an enforcer of Mr Manson’s tyranny. She forced the other women in the cult to obey Mr. Manson, and prevented them from escaping when they tried to leave,” he said.

Wattley did not immediately respond to telephone and email messages seeking comment on Newsom’s decision.

But Anthony DiMaria, nephew of Jay Sebring, one of Krenwinkel’s victims, had urged Newsom to block her release “due to the rare, severe, egregious nature of her crimes”. He said her actions incited “the entire Helter Skelter legacy that has caused permanent historical scars” and inspired at least two ritualised killings years later.

New laws since Krenwinkel was last denied parole in 2017 required the parole panel to consider that she committed the murders at a young age and is now elderly.

Also, for the first time, Los Angeles County prosecutors weren’t at the parole hearing to object, under District Attorney George Gascón’s policy that prosecutors should not be involved in deciding whether prisoners are ready for release.

She and other participants were initially sentenced to death. But they were resentenced to life with the possibility of parole after the death penalty in California was briefly ruled unconstitutional in 1972.

Krenwinkel was 19 and living with her older sister when she met Manson, then age 33, at a party during a time when she said she was feeling lost and alone.

“He seemed a bit bigger than life,” she testified in May, and she started feeling “that somehow his take on the world was the right, was the right one”. 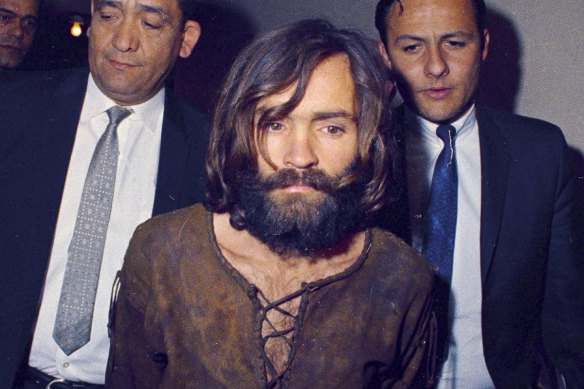 The real Charles Manson, shortly after his arrest in 1969.Credit:File

She said she left with him for what she thought would be a relationship with “the new man in my life” who unlike others told her he loved her and that she was beautiful.

Manson “had answers that I wanted to hear … that I might be loved, that I might have the kind of affection that I was looking forward to in my life,” she said.

Instead, she said Manson abused her and others physically and emotionally while requiring that they trust him without question, testimony that led the parole panel to conclude that Krenwinkel was a victim of intimate partner battery at the time.

It took about two years of travelling and drug use until he began emerging as “the Christ-like figure who was leading the cult” who began talking about sparking a race war and asking his followers, “would you kill for me? And I said yes”. 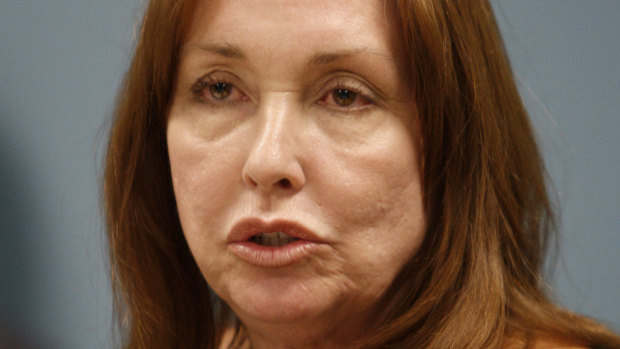 Krenwinkel talked about during her 2016 parole hearing how she repeatedly stabbed Abigail Folger, 26, heiress to a Folger coffee fortune, at Tate’s home on August 9, 1969.

The next night, she said Manson and his right-hand man, Charles “Tex” Watson, told her to “do something witchy,” so she stabbed La Bianca in the stomach with a fork, then took a rag and wrote “Helter Skelter,” “Rise” and “Death to Pigs” on the walls with his blood.

The bone-handled fork “was part of a set that we used at holidays … to carve our turkeys,” the couple’s nephew Louis Smaldino, told parole officials, calling Krenwinkel “a vicious and uncaring killer”.

Sharon Tate’s sister, Debra Tate, the last surviving member of her immediate family, was among victims who dismissed Krenwinkel’s explanation that she was led to Manson by alcohol use and a non-supportive family while growing up.

“We all come from homes with problems and didn’t decide to go out and brutally kill seven strangers,” Tate told parole officials.