THIS is the heart-stopping moment a diver managed to fend off a great white shark as he dived underwater.

Nail-biting footage captured by an onlooking cameraman, showed the huge beast attempt to break through the faulty door of a protective cage as a filming crew took to the seas of Guadalupe Island off the west coast of Mexico. 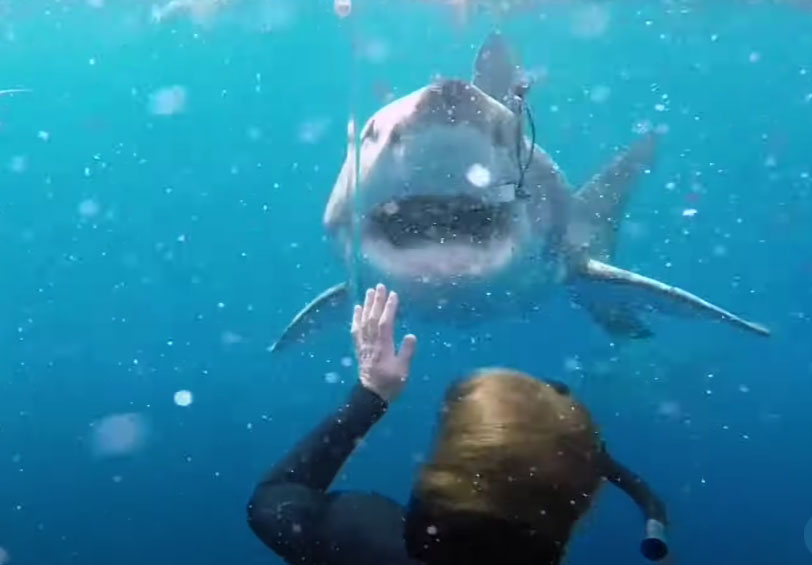 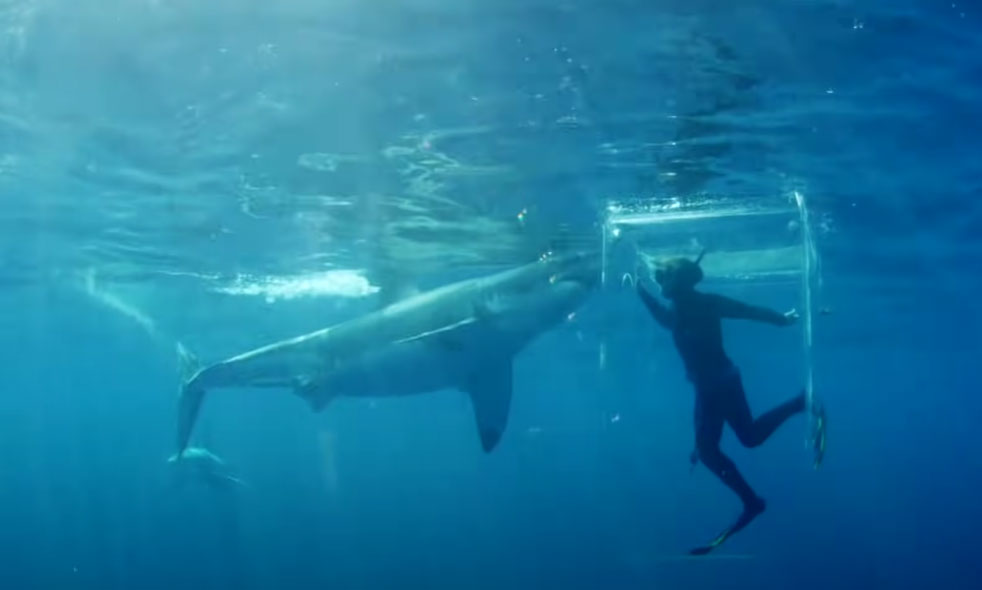 In the clip, the scuba-diver – who is wearing little to no protective gear – is seen suspended under the water as he starts to become surrounded by several huge beasts.

However, panic quickly sets in when the diver, known as Dickie, realises that the door to his protective cage won’t close – suddenly leaving him vulnerable to the apex predators lurking outside.

Poking his head above the cage he shouts to his onlooking colleagues “guys the door is open, I’m going to have to keep it closed by hand.”

In desperate struggle, the team cobble together a makeshift door lock – before passing it down to the young diver so that he can keep the huge beasts at bay.

A commentator on the YouTube clip says: “Next to these massive hunters, the plexiglass box looks desperately fragile. And with it’s faulty door, it’s not providing Dickie with the protection he needs.”

Soon, the sharks sense their opportunity as one makes its move on the glass cage.

One onlooker can be heard over the radio :”They’re trying to get in, Dickie just pushed a shark out of the cage.”

“It looks like it’s trying to get in through the door.”

Despite his struggles, the diver efforts to thwart the great whites are a success, promoting the adjacent cameraman to call it a day.

“That was f***g insane”, the relieved cameraman said as he resurfaced,.

“There was like five, six, seven sharks, one stick it’s nose straight into the cage and Dickie managed to turn in time and push it out.

“It was super-sketchy,” he added.

The clip was posted by Discovery UK in 2018 and recently resurfaced online.

A caption with the video says: “The team go into a shark invested zone off the coast of Guadalupe to witness female mega sharks. It is then that some of the sharks attempt to break into the ghost cage!” 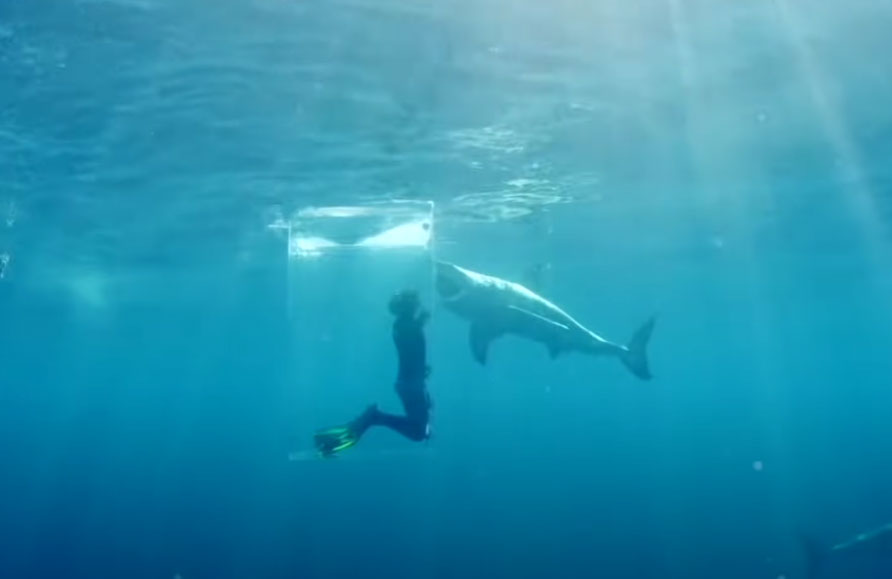 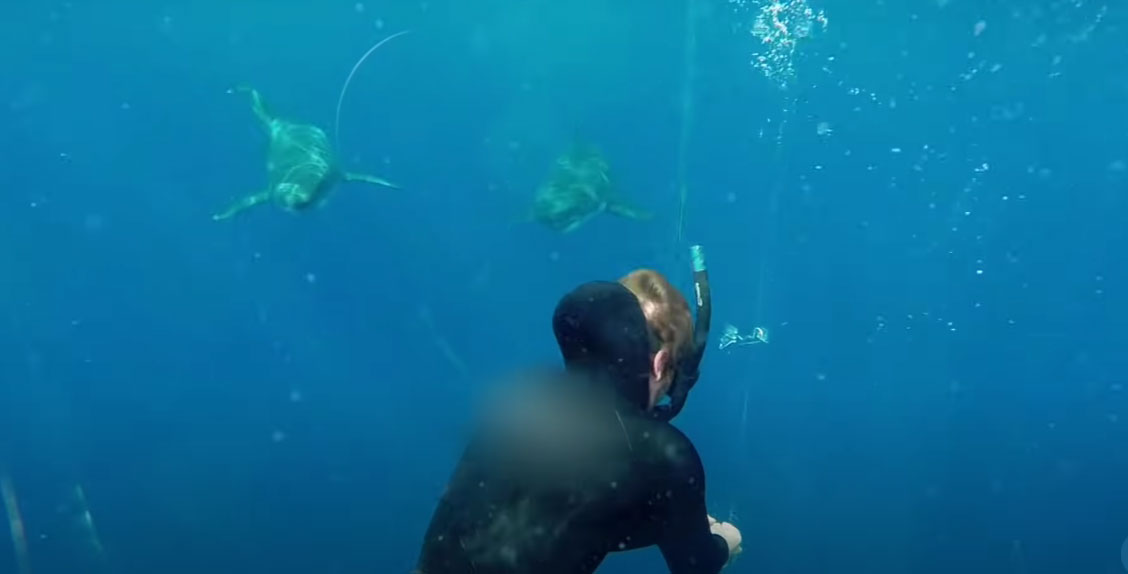 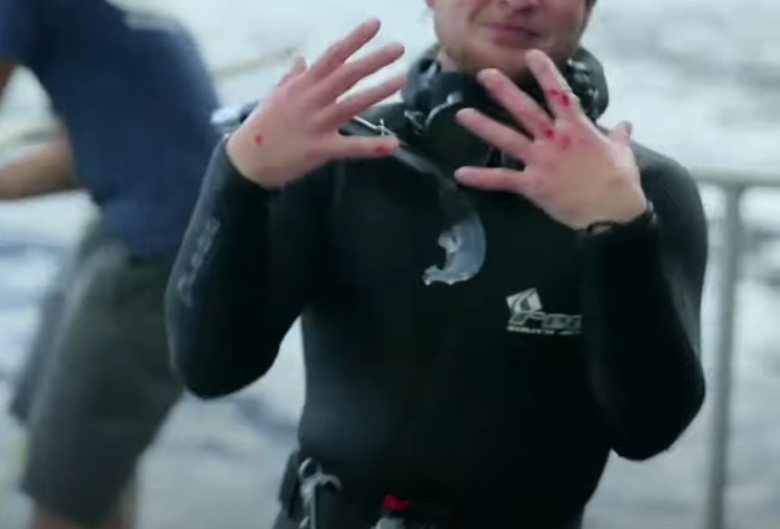 It is just one a string of high-profile shark incidents in the region over the years – including some that of world’s biggest great white sharks.

In 2016,  four divers described their escape from death after a huge great white severed their air supply then jammed its massive body inside their shark cage.

And just earlier this year a Mexican fisherman managed to stroke a 16-foot great white shark before the beast started chomping at the boat's engine.