The park said 59-year-old Delphine Martinez of Window Rock, Arizona, was on a multi-day backpacking trip, when she became disoriented and lost consciousness Sunday along Thunder River Trail, about a mile from where Tapeats Creek meets the Colorado River. The park said trip members tried to resuscitate her, without success.

Martinez’s death is being investigated by the National Park Service and Coconino County Medical Examiner, but the park noted that temperatures along the inner canyon were “well over” 100 degrees the day she died and can hit 120 degrees even in the shade.

“Park rangers strongly advise not hiking in the inner canyon during the heat of the day between the hours of 10 a.m. and 4 p.m.,” Grand Canyon National Park said in a statement.” Hiking in extreme heat can lead to serious health risks including heat exhaustion, heat stroke, hyponatremia, and death.”

Large swaths of the West are under heat warnings and advisories, according to Accuweather.

Heat exhaustion vs heat stroke: How to recognize warnings signs and tips to keep cool

What is a heat wave?: Here’s what it is, how it affects your body and how to stay safe 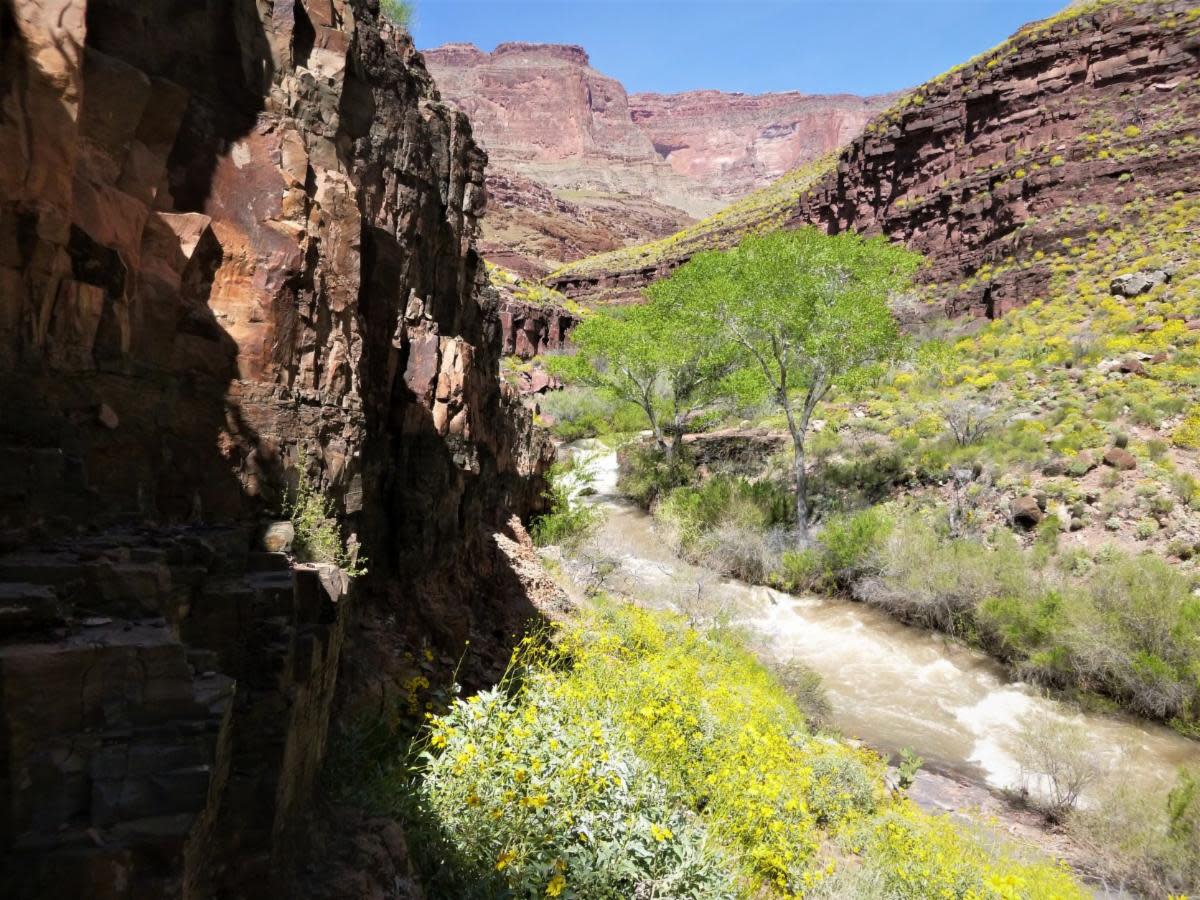 Anna Marini, preventative search and rescue coordinator for Joshua Tree National Park previously told USA TODAY that even on short one-mile trails in the desert, she carries extra water, salty snacks to replenish what she loses in sweat, a flashlight or headlamp, and sun protection.

“When people hear that, they automatically think suncreen, but when you see me out on the trails, I am covered head to toe ” she said. “It actually keeps you cool if you’re covered with the right material.”

She wears sun sleeves that she can wet to help cool her off and sometimes carries a sun umbrella.

Hiking hasn’t always been accessible to all: These groups are opening up the outdoors

“They look kind of silly ’cause you’re walking on the trail with an umbrella, but man do they really keep the UV rays off of you,” she said. “Honestly both in Grand Canyon (where she previously worked) and in Joshua Tree, I’ve used those on our park visitors that are having a hard time in the heat, and they can tell the difference. It feels immediately cooler once you’re underneath and covered.”

She said even wearing a hat can help.