‘Predatory and manipulative’ GP who ‘gaslit’ two female patients, sent them naked selfies and explicit texts and told each he wanted a future with them is struck off

A ‘predatory and manipulative’ GP has been struck off after sending naked selfies and explicit texts to two female patients, and telling each of them he wanted a future with them.

Dr Robert Padley, a senior GP from Lincolnshire, embarked on relationships with two vulnerable women who he was treating with a professional tribunal hearing he ‘gaslit’ them.

The doctor had sexual relationships with the women, known only as Patient A and Patient B, over a number of years with a professional panel finding he abused his position.

A Medical Practitioners Tribunal Service panel was told he was ’emotionally and sexually involved’ for around eight years with Patient A and the pair were even ‘sexually active’ during appointments.

Dr Rober Padley, pictured, struck up sexual relationships with two vulnerable female patients who were under his care

He then embarked on a shorter relationship with Patient B during which they had sex at her house and exchanged more explicit messages with Dr Padley telling the woman he wanted to ‘f*** her’, the panel heard.

The tribunal heard he texted her with an emoji saying: ‘We just need to be careful as I am your doc so don’t want to cause you or me any problems if you know that I mean.’

But Dr Padley has now been erased from the doctor’s register after the panel found he ‘gaslit’ both women and abused his position.

Dr Padley qualified at the University of Sheffield in 1989 and then joined Kirton Lindsey Surgery, North Lincolnshire, as a GP almost 30 years ago before becoming a senior partner.

In October 2011, his relationship with patient A came to the attention of Lincolnshire Police.

The panel heard he had texted her ‘you can have a tasty leg of meat in your face anytime’.

But Dr Padley told officers he had struck up a ‘platonic friendship’ with patient A as they were both interested in sports.

Despite a warning being issued in 2012 following a General Medical Council (GMC) investigation, the couple’s inappropriate relationship continued for a further seven years.

The tribunal heard that between December 2010 and January 2019, he sent intimate messages to the vulnerable woman he was treating, including pictures of his penis.

Then in 2019, a close relative of Patient A – known only as Ms C – reported Dr Padley to the GMC, saying he and Patient A had ‘intimate moments’.

The tribunal was told Ms C said: ‘[Patient A] feels as if he is messing her around and is leading her on as they have spoke about living together when he retires and he has said that he loves her and wants to be with her.

‘There are also messages in which contain indecent images of body parts between [Patient A] and Dr Padley.’

When this was investigated by the GMC, Patient A said she had been sexually involved with her GP in the practice.

She said: ‘We have been emotionally and sexually involved together for many years… We have been sexually active during doctor’s appointments.

‘It can be very confusing at times because we talk and therefore he knows my symptoms before my doctor appointment and that makes it difficult to find the words as to exactly why I am there because we have spoken previously.

But once he learned he had been reported, Dr Padley told Patient A to say she wrote the messages using a different social media account with his name and picture on it, that she blackmailed him and to say they were not in a relationship.

The hearing was told that in the year prior to this, in December 2018, he struck up a relationship with Patient B who was also vulnerable.

During this relationship, which lasted until May 2019, he visited her home and sent photos of his penis, the panel heard.

The tribunal was told he replied to intimate photos of Patient B by drawing arrows and detailing where he wanted to ‘lick and f***’. 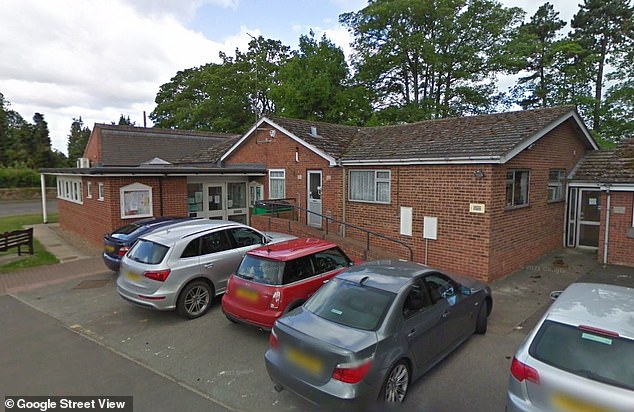 Dr Padley had sex with his patient at least twice, with him texting her afterwards: ‘Yeah dizziness has settled so hopefully that’s it. The room did get pretty hot x.’

The tribunal heard: ‘There were mutual apologies and expressions of concern as well as explicit sexual propositions and discussions about how to get together, avoiding detection.’

But once the relationship was reported to the surgery, he called Patient B and shared personal details about himself in an attempt to change the outcome of the complaint.

Dr Padley has now been struck off with immediate effect after it found he used his professional status to ‘gratify’ his sexual desire.

‘His behaviour may be described as predatory and manipulative.’