Fully preserved 'A Christmas Story' house is up for sale, leg lamp and all: See the pics! 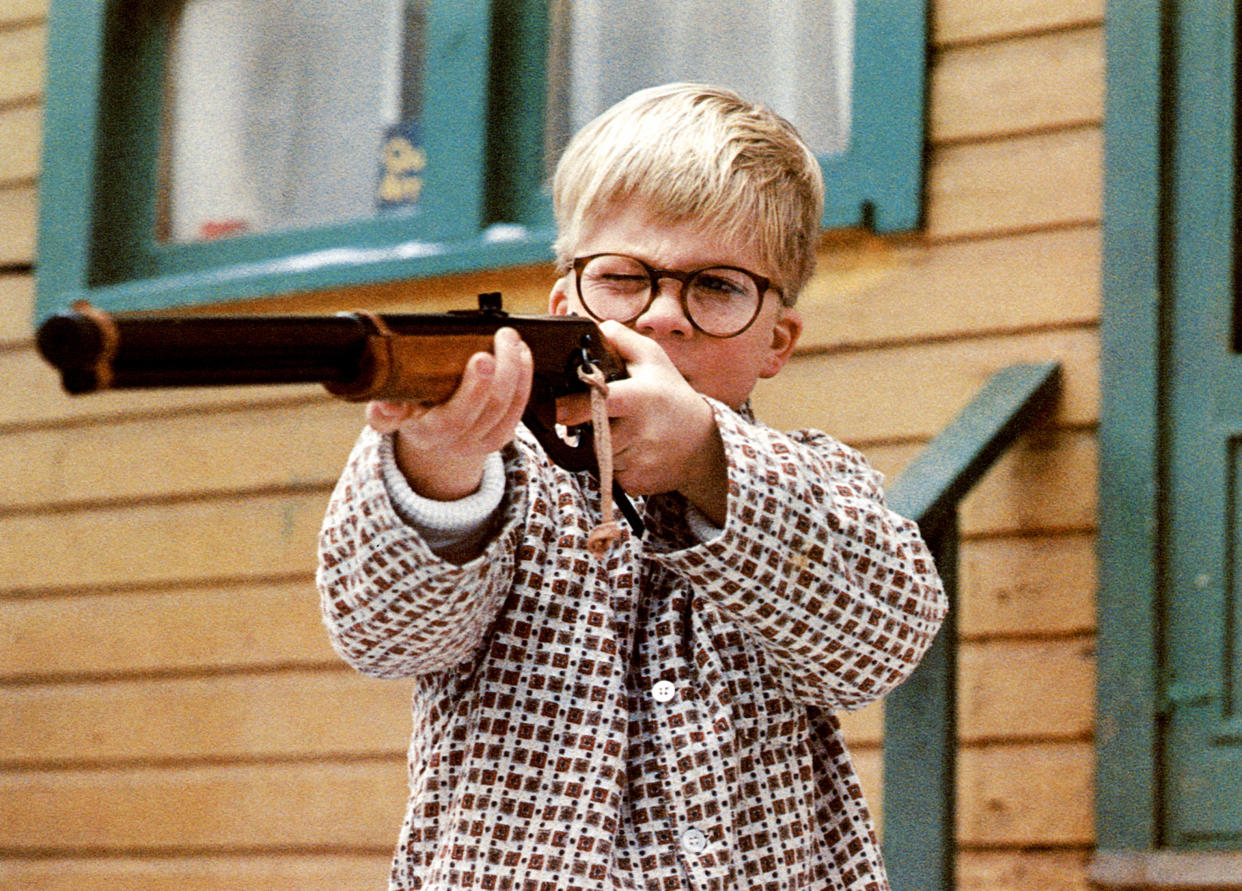 We triple dog dare you to put in an offer on the house from A Christmas Story.

The Cleveland property that served as the home of Ralphie Parker and his family in the 1983 beloved holiday classic is up for sale. The buyer will become the owner of not only the place where Ralphie was forced to try on that ridiculous bunny suit from Aunt Clara, but several other pieces of real estate, including the Bumpus house, which belonged to the owners of those turkey-stealing dogs, and a museum and gift shop dedicated to the film. In all, five buildings on seven parcels of land, are available.

On Monday, Ohio-based commercial real estate firm Hoff & Leigh listed the property without a price. Interested buyers can contact [email protected] They should be prepared to explain why they'd want the piece of movie history other than just much they'd pay. Emails to the address in the listing ask for more about the potential new owner's background, their finances and why they're interested in making the purchase. Still, you can guess that it's gonna cost more than what your parents — or even Santa — would put under the tree. 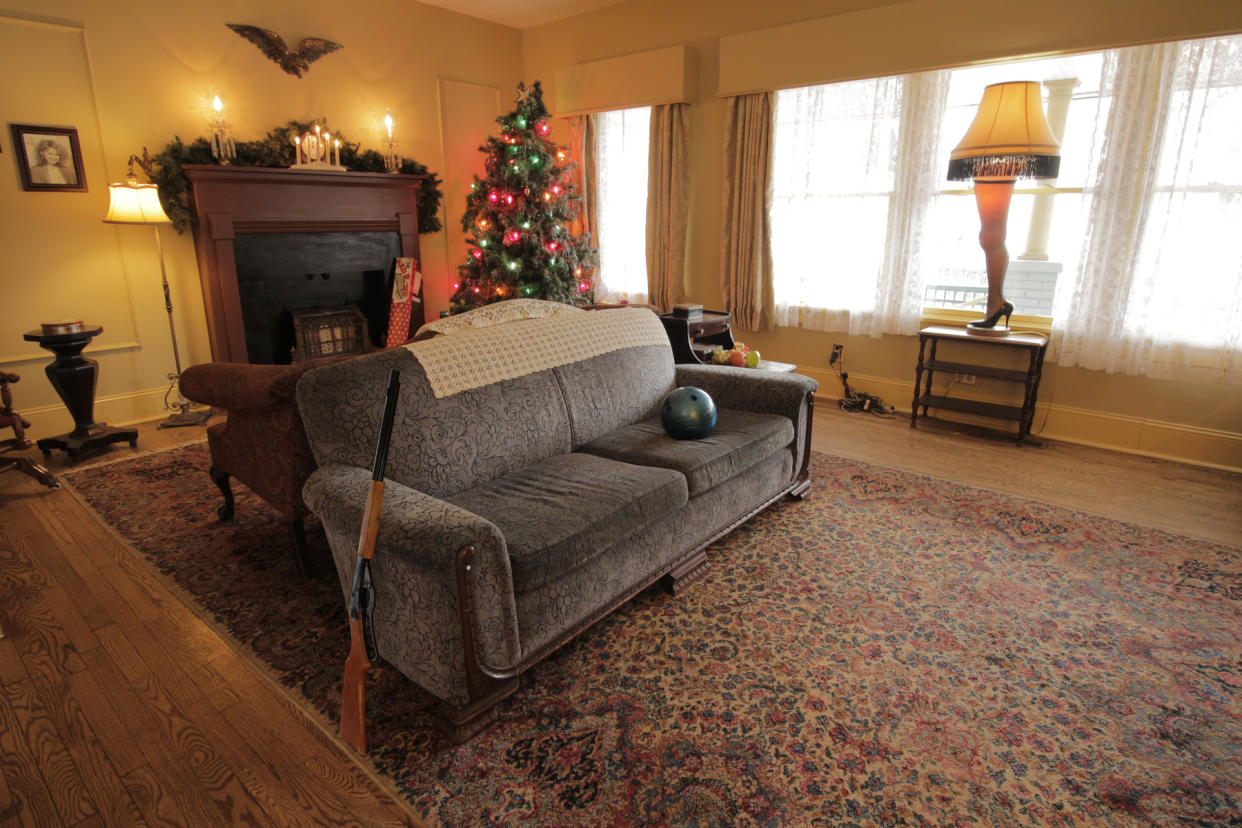 The home itself was originally built in 1895, and it's been "nostalgically upgraded with somewhat ancient appliances," since the current owner, A Christmas Story superfan Brian Jones, purchased it in 2004. He came to own the house after receiving the disheartening news that he wouldn't be able to fulfill his dream of being an aviator in the Navy. According to Cleveland.com, Jones's parents attempted to cheer him up by sending him a replica of the famously fragile leg lamp from the movie. His wife saw the house was for sale, and she joked that he should buy it. He made her suggestion real.

He turned the collection of buildings into a place people visit all year. The house was first available for public tours in 2006, and, per the listing, more than 75,000 people per year now pay to visit the museum, which features costumes and props, like a 1930s firetruck, from the movie. Thousands of TripAdvisor reviews have ranked visiting the house from A Christmas Story as 11th-best thing to do in the area. 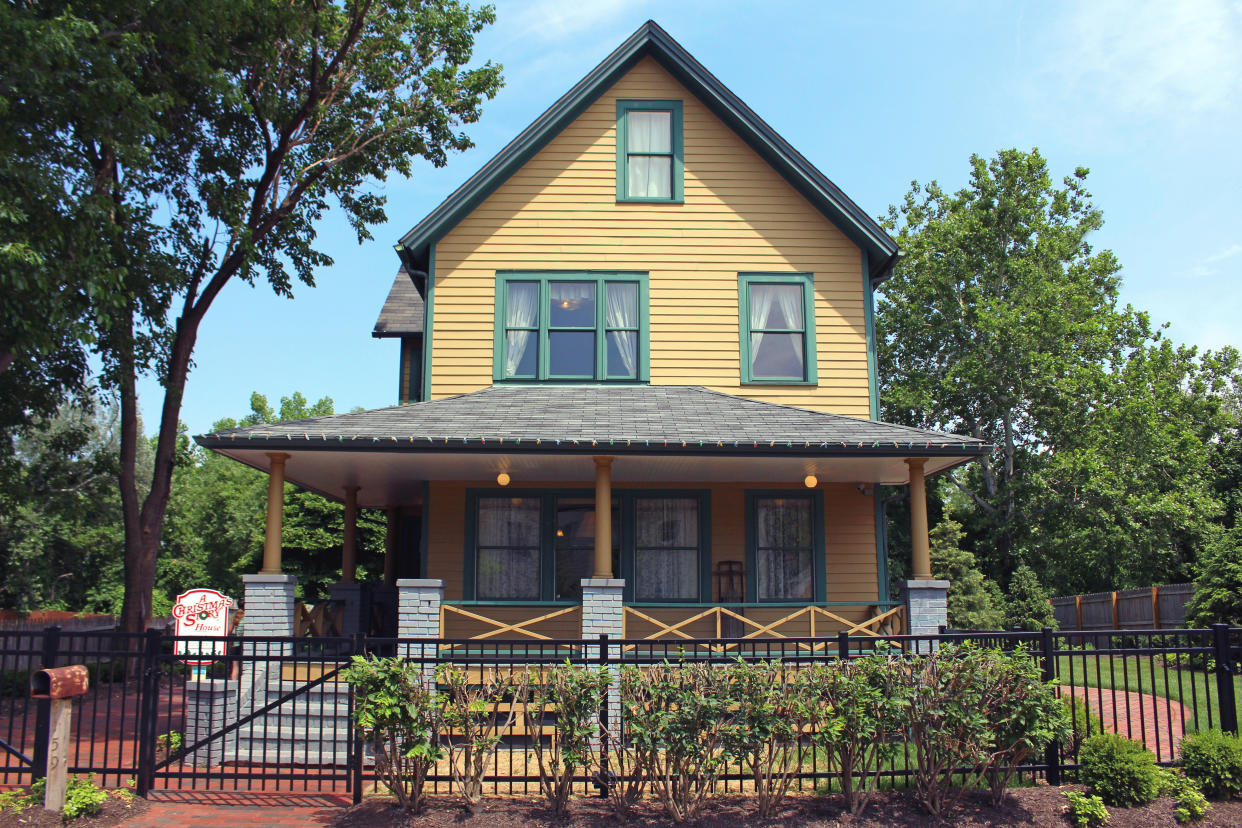 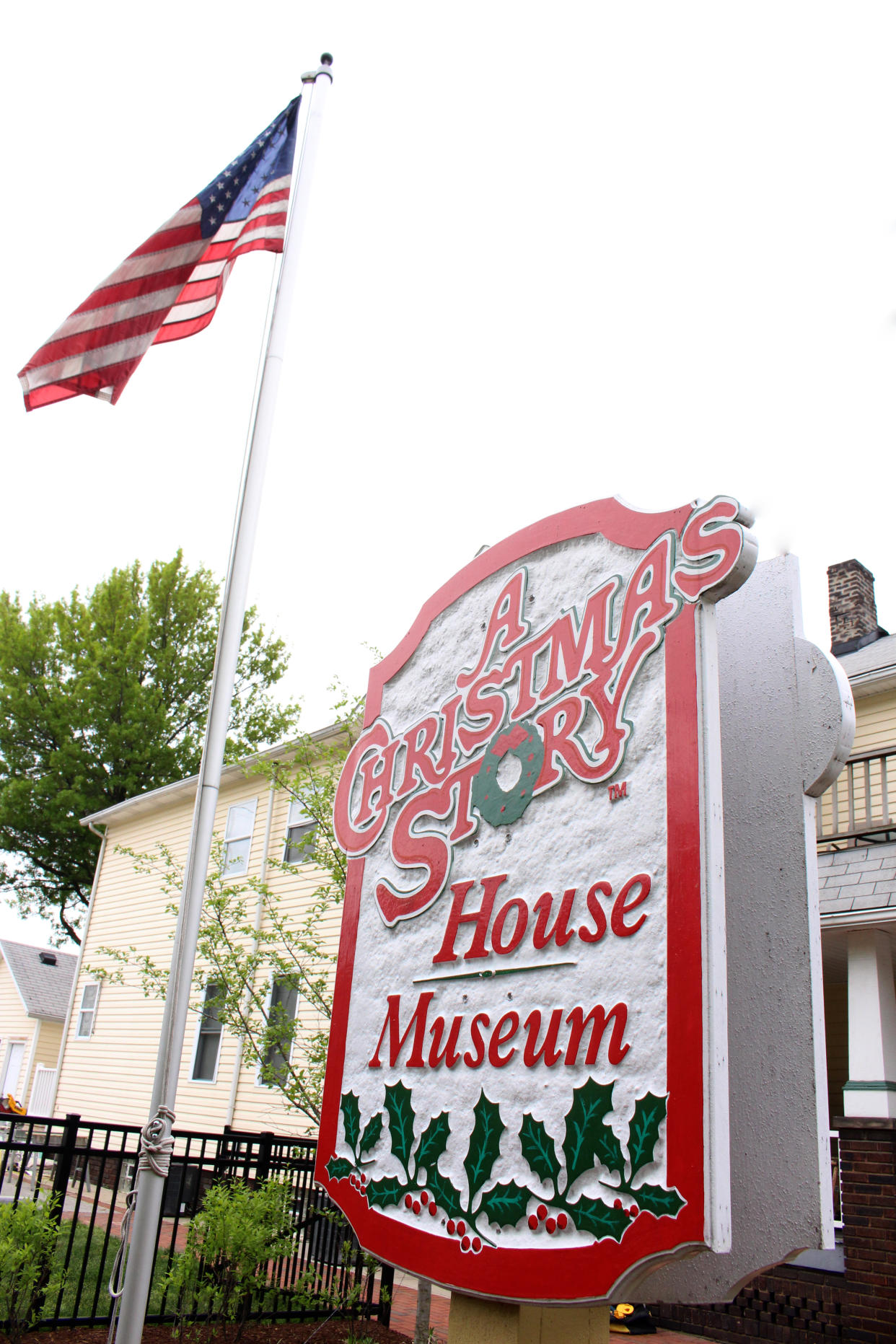 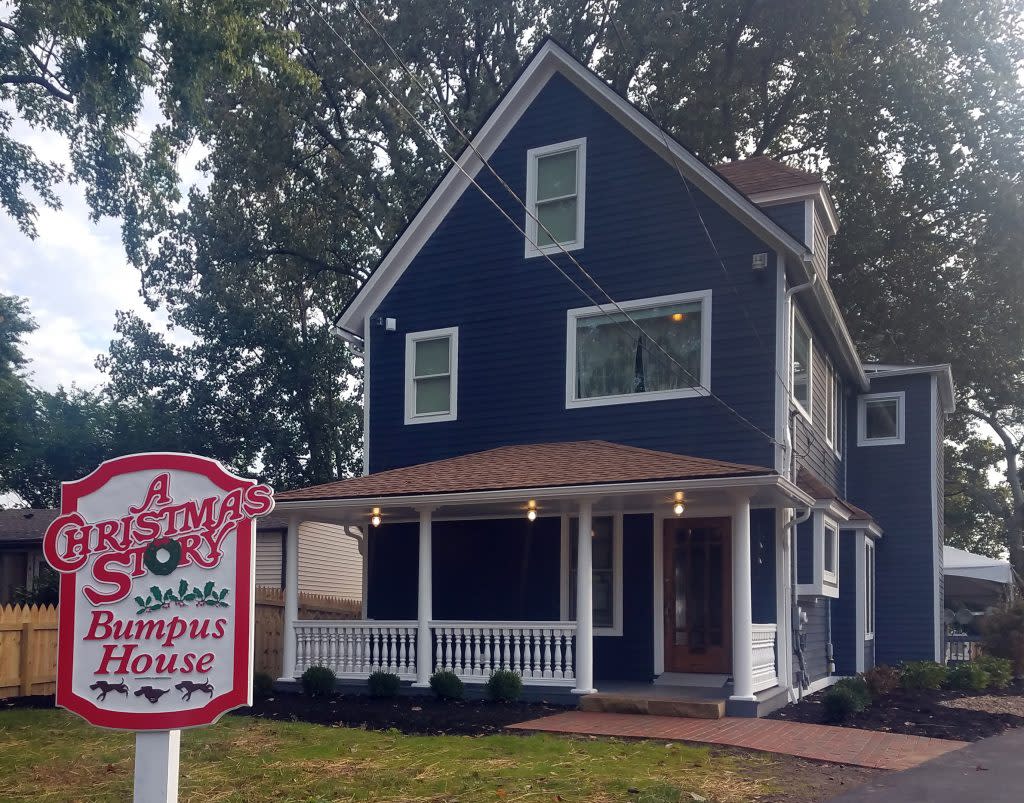 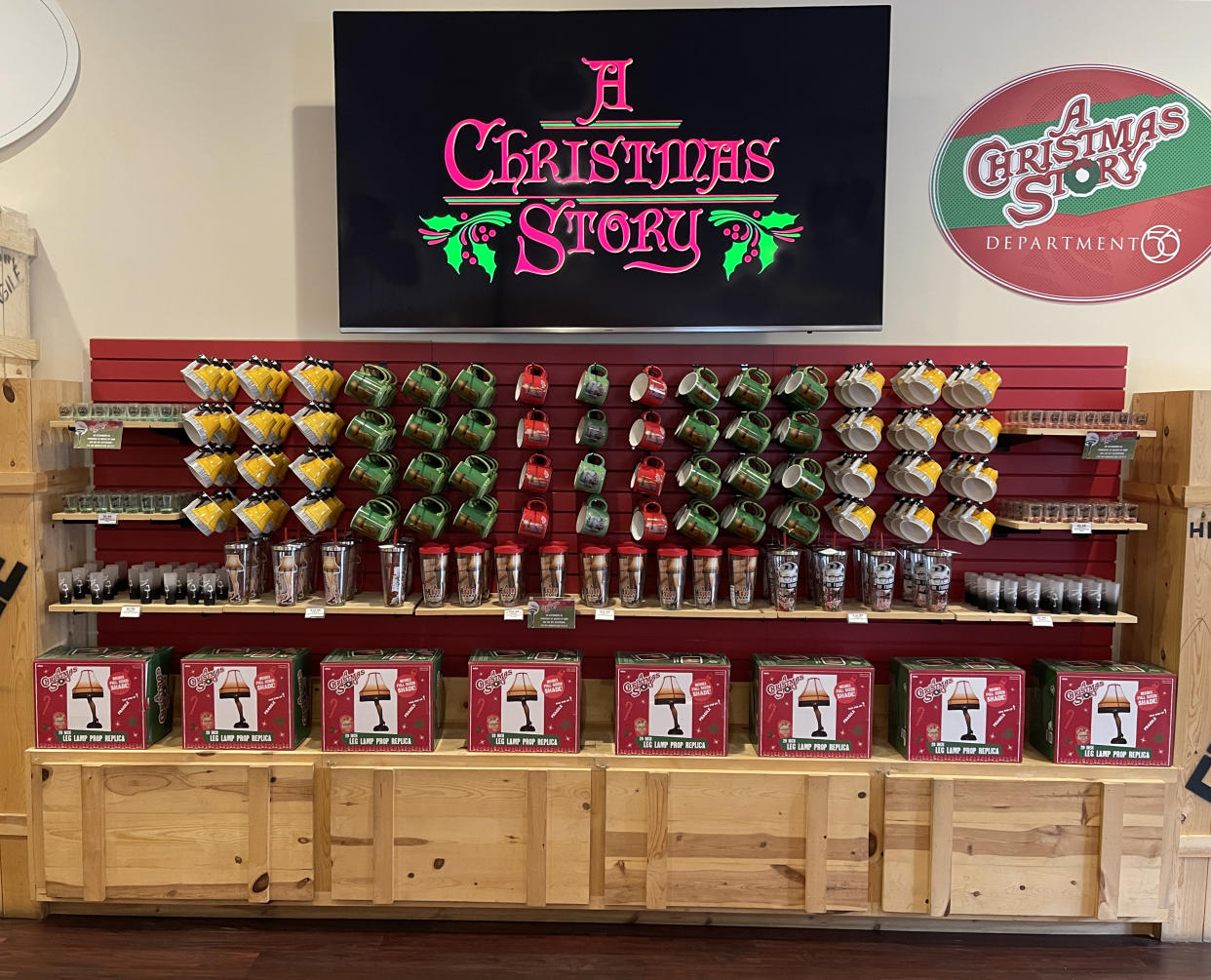 Fans of the movie can catch up with the Parkers on Nov. 17, when the long-awaited sequel, A Christmas Story Christmas, arrives on HBO Max. The plot is that adult Ralphie's father has now died, and he feels the pressure to give his family a wonderful holiday, filled with a visit to Santa, a daring sled ride, the decorating of the Christmas tree and more. He also meets up with some of his friends from back in the day, which means that original cast members Ian Petrella, who played his little brother Randy, plus Zack Ward (Farkus), Scott Schwartz (Flick) and R.D. Robb (Schwartz) return, too.