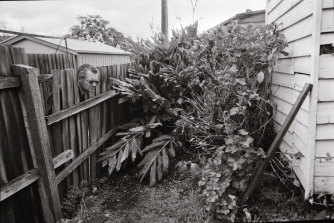 A 90-year-old woman watched yesterday as two young men jumped her back fence and dropped $21,000 in bank notes.

Eighty minutes earlier, two masked men escaped with about $38,000 from the West Brunswick branch of the State Bank. 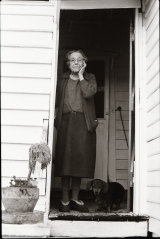 Police later trapped two men in a Brunswick front garden with the help of a police air wing spotter plane.

It was the recently formed air wing’s first capture.

The hunt, codenamed Operation Astro, centered on an area around Tinning Street, where a getaway car was found abandoned.

A police observer in the plane spotted two men as they ran from a house in Thistle Street, where the $21,000 was dropped in the backyard of Mrs Agnes Dalton.

The observer contacted ground units and tracked the two men as they ran over several back fences before trying to hide in a front garden in Fourth Street.

Mrs Dalton later said she had gone to her back door when she heard her pet dog, Trudy, barking frantically.

“I saw one boy jump over the fence and another boy already over it. They were wearing jeans and each had a plastic shopping bad,” she said.

Mrs Dalton, who has lived in the neat cottage in Thistle Street since 1924, said she had not had as much excitement since the First World War.