Labor’s member for Ivanhoe Anthony Carbines will enter the Andrews government cabinet on Monday in place of a veteran MP caught up in a corruption probe into sacked MP Adem Somyurek.

The 48-year-old will gain responsibilities for the portfolios of ageing, disabilities, carers and child protection. These were held by Narre Warren North MP Luke Donnellan, a factional ally of Mr Somyurek who was revealed at a corruption inquiry to have contributed money to a branch stacking fund used to pay for Labor memberships to unduly boost his faction’s power. 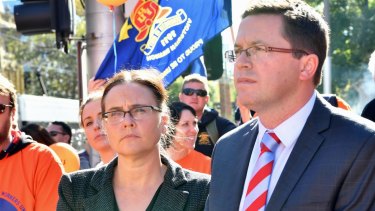 Mr Carbines will be sworn in on Monday morning, according to two sources speaking anonymously because the government has not yet announced the appointment.

The Ivanhoe MP started his career as a journalist at the Geelong Advertiser and graduated with a Bachelor of Arts from RMIT. He worked as a journalist for five years before moving to the office of the Labor MP for Geelong in 2000.

In a role that may augur well for his proficiency as aged care minister, Mr Carbines spent eight years as a project officer in the aged care section of what was then called the department of human services. He also served as chief of staff to Labor’s education minister in the Brumby government, Brownyn Pike.

A number of MPs were in contention to replace Mr Donnellan, who quit the ministry in October, including Pascoe Vale MP Lizzie Blandthorn and Oakleigh MP Steve Dimopoulos. Mr Carbines benefited partly from the faction he aligns with, the Transport Workers Union, being a member of the coalition of party groupings that have taken control of Victorian Labor in Mr Somyurek’s absence.

Mr Carbines’ entry into Parliament was the subject of controversy in 2010. He defeated an incumbent MP, Craig Landon, which is a rarity in the Labor Party. Mr Langdon quit the party in revolt, claiming Labor MP Bill Shorten engineered his downfall and labelling Mr Carbines a “young, faceless know-it-all” who was “not up to it”. 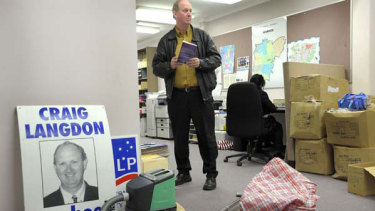 Craig Langdon, MP for Ivanhoe, packs up in his electorate office after resigning 2010.Credit:The Age

Last week, the government picked Mr Carbines to be one of its MPs on the newly-created Parliamentary committee that will scrutinise the government’s pandemic response. The creation of the committee, which will be chaired by a non-government MP, was secured by crossbenchers in their negotiations with the government to support its controversial pandemic bill. Mr Carbines will probably not retain his position on the committee given his new role as a minister.

The Victorian cabinet lost decades worth of experience in the past two years with the resignations of former attorney-general Jill Hennessy and special minister of state Gavin Jennings, while another long-serving minister, Richard Wynne, will retire at the next election.

Additionally, it is expected within Labor that many of the core group of nine ministers will probably not contest another election after the November 2022 poll, including the Premier, Deputy Premier James Merlino, Treasurer Tim Pallas and Police Minister Lisa Neville.

Party operatives are aiming to move on close to 10 Labor MPs before the next election to generate renewal and ensure the party has fresh blood to fill the ministerial bench of future Labor governments. Six MPs have already announced their resignations and this figure may rise further this week.

Mr Carbines and the state government were contacted for comment on Sunday night.