Free but not a free-for-all: Plan to get 34 million rapid tests to Victorians

Victorians potentially exposed to COVID-19 will be able to pick up free rapid testing kits by showing their ID at new pop-up collection points around the state under a distribution plan being developed by the state government.

The Andrews government secured a batch of 34 million rapid antigen tests for an undisclosed cost. They are due to arrive in the state in batches throughout January and will be publicly available by the end of the month. 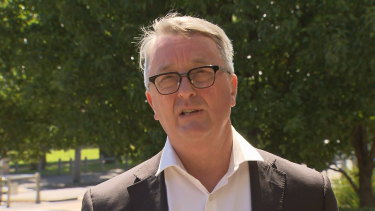 Speaking at a press conference on Wednesday, Victoria’s Health Minister Martin Foley offered no detail on the rollout, but The Age has confirmed that the government plans to distribute tests through a combination of existing testing sites and pop-up locations.

A senior government source with knowledge of the plans, which are yet to be finalised, said people will be asked to display basic identification such as a Medicare card and detail why they require a testing kit. Free tests will be provided to anyone who has a valid reason, including anyone who has been potentially exposed to COVID-19. Rapid tests can still be purchased from pharmacies and supermarkets.

The government will proactively issue the free rapid antigen tests to high-risk groups such as public housing residents and some culturally diverse communities.

“Rapid antigen tests should be free, and we will be making them free,” Mr Foley said at a press conference on Wednesday.

An Australia-wide shift towards the use of rapid tests, rather than slower but more accurate PCR tests, will be discussed by state and federal leaders at a meeting of national cabinet on Thursday, along with a proposal to narrow the definition of close contacts.

The leaders will meet amid a rapid spike in COVID-19 case numbers as the Omicron variant spreads across the country and the proportion of tests returning positive results, an indicator of the true level of spread, soared in the most populous states.

Victoria’s case numbers increased 35 per cent from Tuesday to Wednesday, with 3767 new cases recorded. NSW recorded 11,201 cases, up from 6062 the day before.

Mr Foley said figures were in line with predictions from the Doherty Institute, and Victoria recorded 36 more hospitalisations but had 18 fewer people in ICU than the previous day.

Prime Minister Scott Morrison called Victorian Premier Daniel Andrew on Wednesday morning to discuss the procurement of rapid antigen tests. Various state government representatives said the Victorian government was forced to step in and procure the tests after the federal government decided not to buy them in bulk, mirroring the previous debate over vaccine supply.

A federal government spokesperson confirmed on Wednesday that “a further 50 million RATs [rapid antigen tests] will be purchased shortly for the National Medical Stockpile” on top of those already purchased for use in residential aged care facilities.

Earlier, Mr Foley said the task of procuring tests had fallen to the states.

“We would much prefer to have a national approach to what is a national – indeed, an international – supply issue,” he said. “But failing that, as per usual the states have had to step up over the course of this pandemic and fill the gap that’s been left.”

The Victorian government is planning to move to a system where close contacts of cases can clear themselves using a rapid test rather than queuing for a PCR at testing sites which were overwhelmed again on Wednesday, and where Mr Foley said about 40 per cent of people were seeking pre-travel tests.

The move to take pressure of the PCR system and minimise disruption to people and businesses sits alongside a push by the nation’s chief health officers to only deem someone a close contact if they were exposed to a COVID-positive person for four hours.

The health chiefs will present advice to national cabinet on whether the 10-day isolation period for infected people should be reduced in line with authorities’ recommendations in the US and UK. 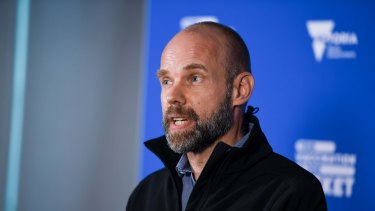 COVID-19 commander Jeroen Weimar, who urged people to use rapid testing in lower-risk situations instead of PCRs, said the government would soon make announcements on the expanded use of antigen tests to “get the balance right between public health protection and who will be able to go back into work and other activities in a safe and effective way”.

NSW Chief Health Officer Dr Kerry Chant said the growing proportion of tests returning a positive result indicated the virus was more widespread than case numbers suggested. The percentage of tests coming back positive in that state has risen from about 1.1 per cent on December 17 to 5.1 per cent. In Victoria, it has grown from 1.8 per cent on December 17 to 2.6 per cent, according to data from covid19data.com.au.

Dr Chant suggested about a million people in the state could be infected. “In the first wave, we may have 10 to 15 per cent of the community acquire it … COVID will then be with us for years to come and we are going to have to get used to that,” she said. 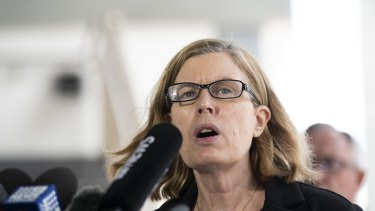 “And hopefully it doesn’t throw up any more variants that are more transmissible and more severe – you know, the wrong combination – but we are conscious that even though we might not have a lot of severity, just the sheer numbers are going to be a challenge for us.”

Mr Andrews, who will pause his annual leave to attend national cabinet on Thursday, tweeted a photo on Wednesday afternoon of himself receiving his booster jab, writing “it’s good to set a resolution or two you’ll actually tick off”.

Mr Foley reiterated that, with both the Omicron and Delta variants circulating in the community, authorities were strongly recommending hospitality venues opt for seated service – particularly at New Year’s celebrations – and that dance floors stay outside.