The men allegedly shot Johnson, 27, during a house party in South London on May 23, 2021. Johnson remains in “serious but stable” condition and receiving treatment for a gunshot wound to her head. 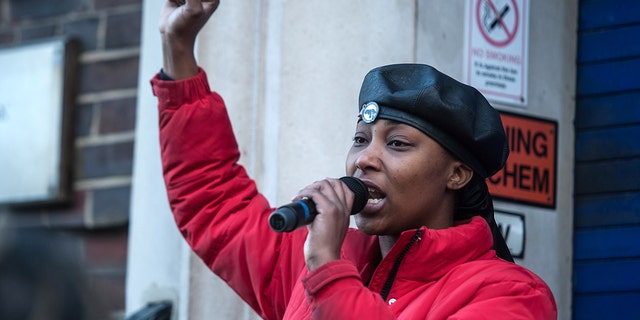 The men appeared in the Old Bailey via video link from Belmarsh prison. They only spoke their names and plead not guilty.

Johnson, mother of two children, rose to prominence in 2020 as a leading figure in Britain’s BLM movement via her involvement with the Taking the Initiative Party (TTIP). Police initially ruled the attack as a gang-related one and denied any link between the attack and Johnson’s activist activities.

Officers said that they had no reports of threats made against Johnson prior to the accident. 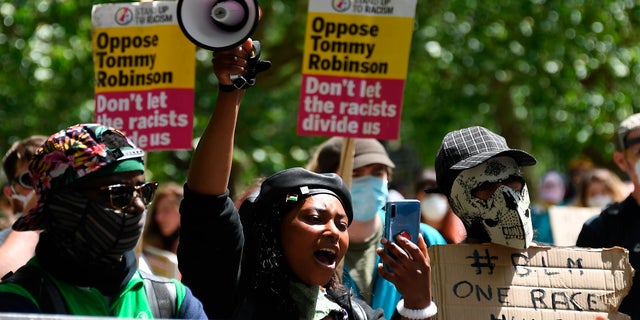 FILE – In this Saturday, June 13, 2020 file photo Sasha Johnson, center, of the Black Lives Matter movement attends a protest at Hyde Park in London. Johnson, a British Black Lives Matter campaigner is in a critical condition after sustaining a gunshot wound to her head, a statement from her political party, Taking the Initiative Party, has said. (AP Photo/Alberto Pezzali, File)

But TTIP rejected the police conclusions and the effort to portray the crime as “black-on-black” and “gang crime.” The party claimed that Johnson had received “numerous death threats as a result of her activism.”

“The irony is in the fact that the police have stated that there is no clear evidence that Sasha was the target of the attack, and that there are no credible death threats made towards her; however, how have the police come to this conclusion without being able to speak with Sasha regarding the death threats and investigate?” TTIP said in a statement at the time of the shooting, according to The Guardian.

All four suspects will remain in custody until and during the trial.