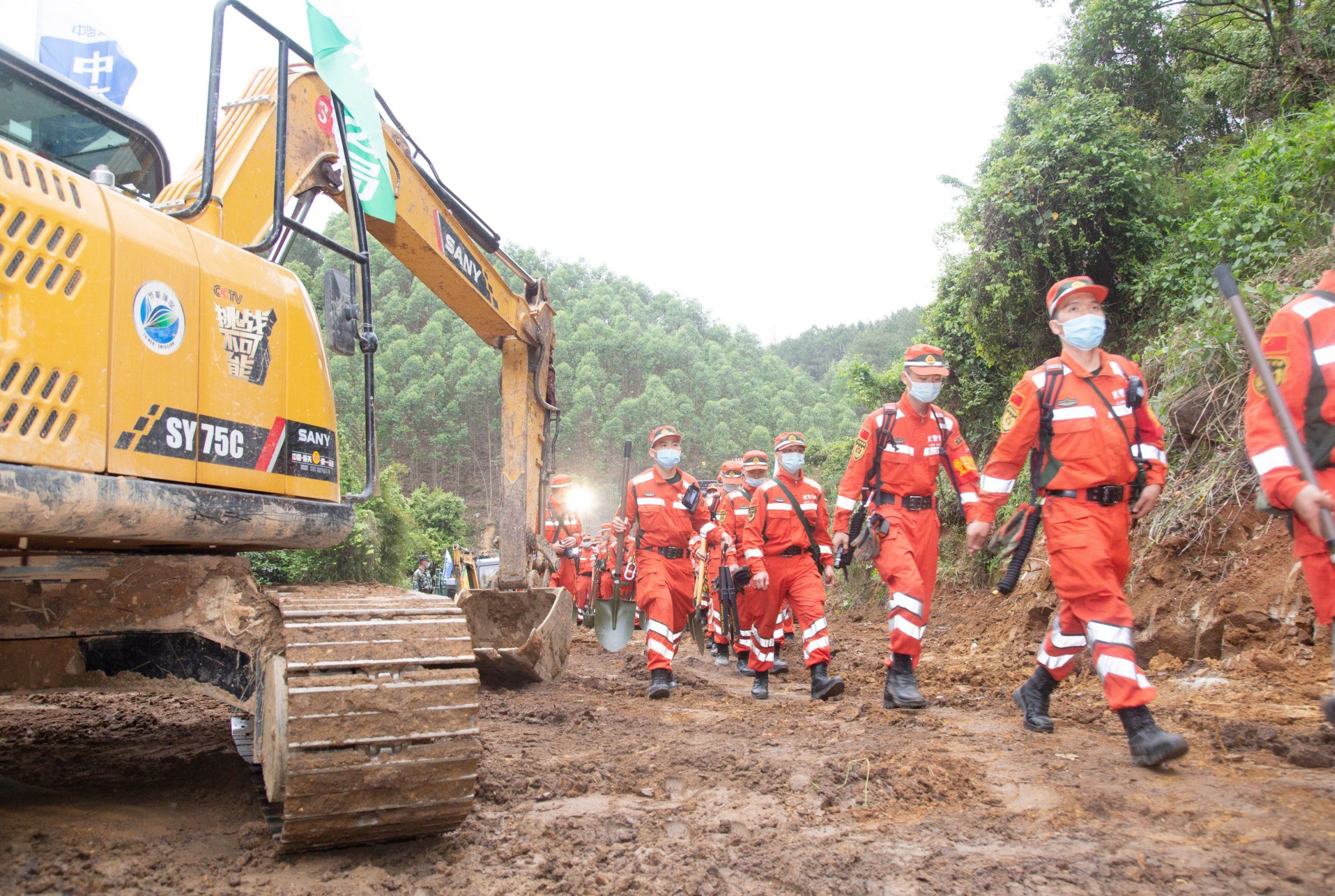 Human remains have been recovered at the crash site of a passenger plane which plunged into a mountain in southern China.

All 132 people on board the China Eastern jet are presumed dead, although the authorities have not yet confirmed the death toll.

Investigators are trying to understand why the plane entered a near vertical dive little more than an hour after taking off from Kunming en route to Guanghzou on Monday.

But it’s hoped the discovery of the cockpit voice recorder will provide more clues into how Flight MU5375 fell almost 30,000ft in just two and a half minutes.

Shocking footage shows the mountainside littered with small pieces of the plane, as searchers use drones and sniffer dogs to comb the steep forested slopes.

Wallets, identity cards and now human remains have been found, with each scrap of debris numbered and marked off by police.

Larger pieces of debris have also been found for the first time, including engine components and a white wing section with the China Eastern logo on it.

Pumps were being used to drain a water pond as rain hampered the search effort for a second straight day.

Foreign media were escorted into the crash zone for the first time today.

When they passed a woman in tears being walked away, security officials used open umbrellas to try to block the journalists filming from their vehicles.

Recovering the so-called black boxes – usually painted orange for visibility – is considered key to figuring out what caused the crash.

Cockpit voice recorders can capture voices, audio alerts and background sounds from the engine or even switches being moved.

The flight data recorder, which has not been found, stores information about the plane’s airspeed, altitude, direction, as well as pilot actions and their performance.