Facebook worries me… isn’t it time we unfriended it?

MY kids roll their eyes if I talk about the “olden days”, as they call the Seventies and Eighties, when I grew up.

But sometimes I have to tell them how things used to be. 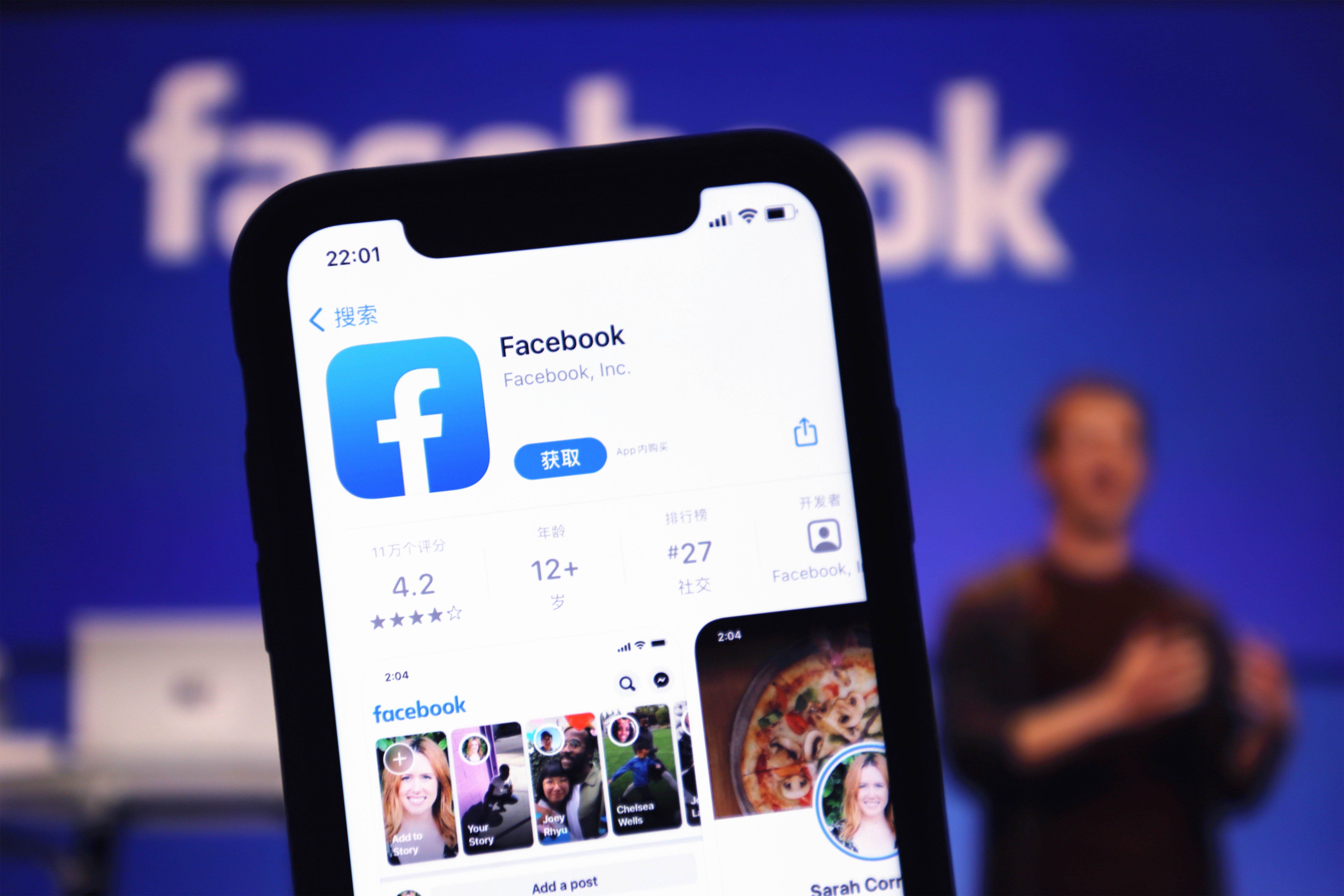 You remember — the days when there were three TV channels. The transmitter was turned off at midnight or all that was left on our screens was that test card featuring a young girl playing noughts and crosses with a terrifying toy clown.

A time before the internet and social media, when you had to pick up the phone to talk to someone or actually go round to their house to see if they were in. Those times are almost unimaginable to the younger generation.

But last week they had a tiny taste of what life was like in those days when WhatsApp, Facebook’s social media and messaging tool, went down for almost six hours. That is a lifetime for young people waiting to find out what is happening to their friends that evening.

Its being out of action meant lives were disrupted, businesses were cut off from customers and social lives ground to a halt. That short period was a reminder for many people of just how dependent we have become on these forms of communication.

And with a second service outage on Friday, it’s not been a good week for Facebook, Instagram and WhatsApp.

Far more damaging than the blackouts were the revelations from US whistle-blower Frances Haugen. The former product manager at Facebook has thousands of pages of internal research revealing that her erstwhile employer knows what harm its services can cause.

This includes research showing staff at Instagram know the app makes some teenage girls feel worse about themselves. 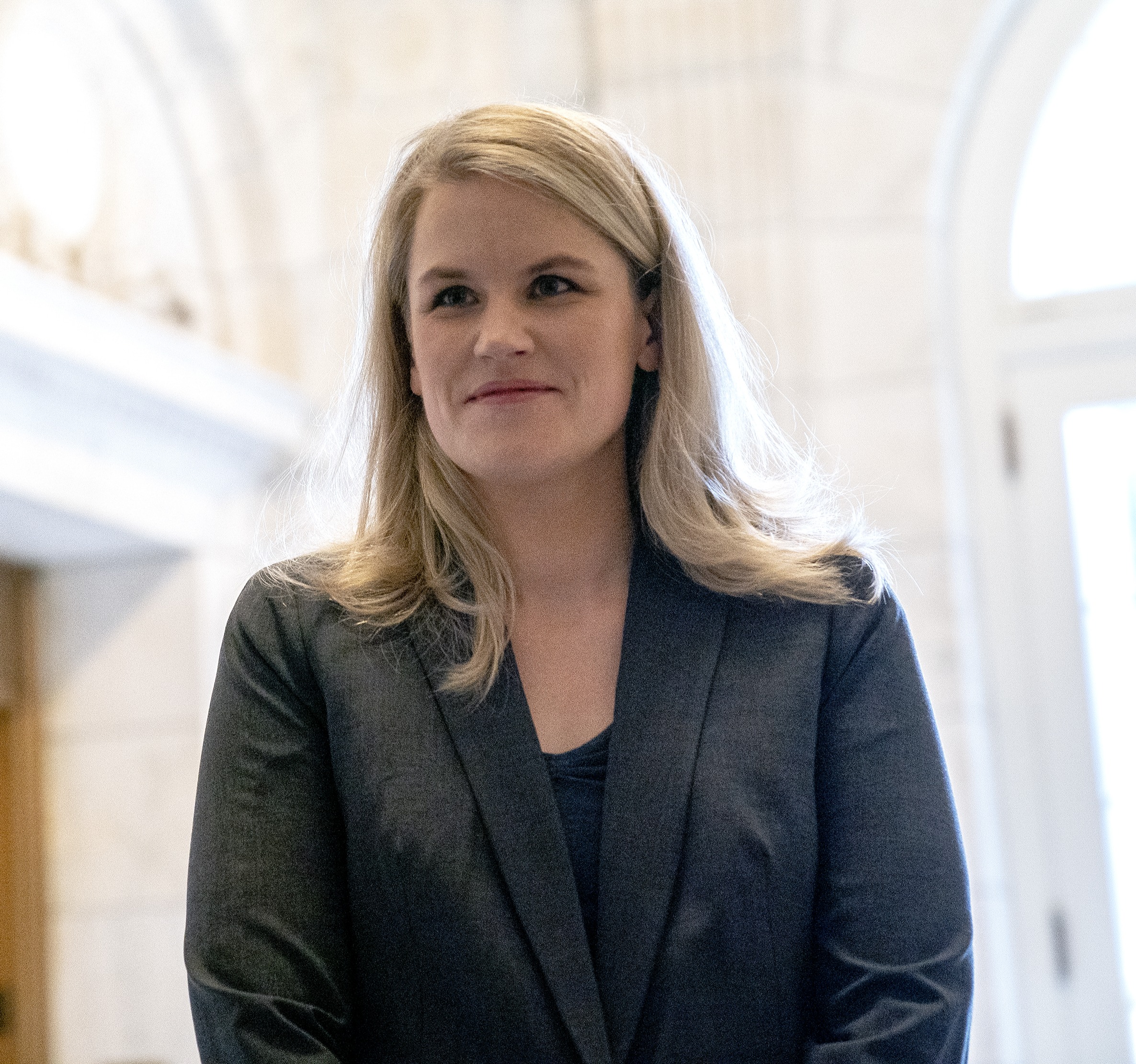 More shockingly, they know how to fix the negative impact — but won’t, as the changes would hit advertising revenues.

The problem, meanwhile, is that many young people have become totally dependent on it, as evidenced by their panic when it was unavailable.

Personally, I have never used Facebook — I prefer real friends — but I go on Instagram a bit and use WhatsApp multiple times a day . . . as it is the only way my kids will respond to me.

Life without WhatsApp probably looks much worse to young people than it does to me, although my children no doubt enjoyed the fact they didn’t have to respond to my questions for six hours.

But for a generation that doesn’t talk and who use social media constantly, it must have been a shock to the system — perhaps the first time they contemplated life without it.

There are a few reminders in the air at the moment of things we depend on a bit too much — the petrol shortage, most obviously, but also the doom-and-gloom predictions of a looming winter of power cuts and bare supermarket shelves.

It all serves to remind us the things we are dependent on might not always be as freely available in the future as we expect.

The harsh reality is that we are going to be forced to go without things in the coming months.

Just as scary as the damaging effects of Facebook, Instagram and WhatsApp to young people’s mental health is how reliant on them we are for business.

When inaccessible on Monday, a vital communications platform was removed that is used by billions of people.

It revealed how dependent the world has become on a social media giant that does not have our best interests at heart.

Facebook has become a linchpin platform. Its services help people communicate with friends and family, distribute political messaging and expand their businesses.

Facebook is used to sign in to many other apps and services. When it is down, some people cannot log into shopping websites, their smart TVs, thermostats and other internet-connected devices.

That in turn raises the threat of identity theft and cyber-crime.

The outages suggest it is only a matter of time before we are hacked. And then what? With no access to our money, emails and bank cards, ­­mayhem would surely follow.

This feels like a wake-up call — a warning that we must wean ourselves off these apps on which we have come to lean so heavily. 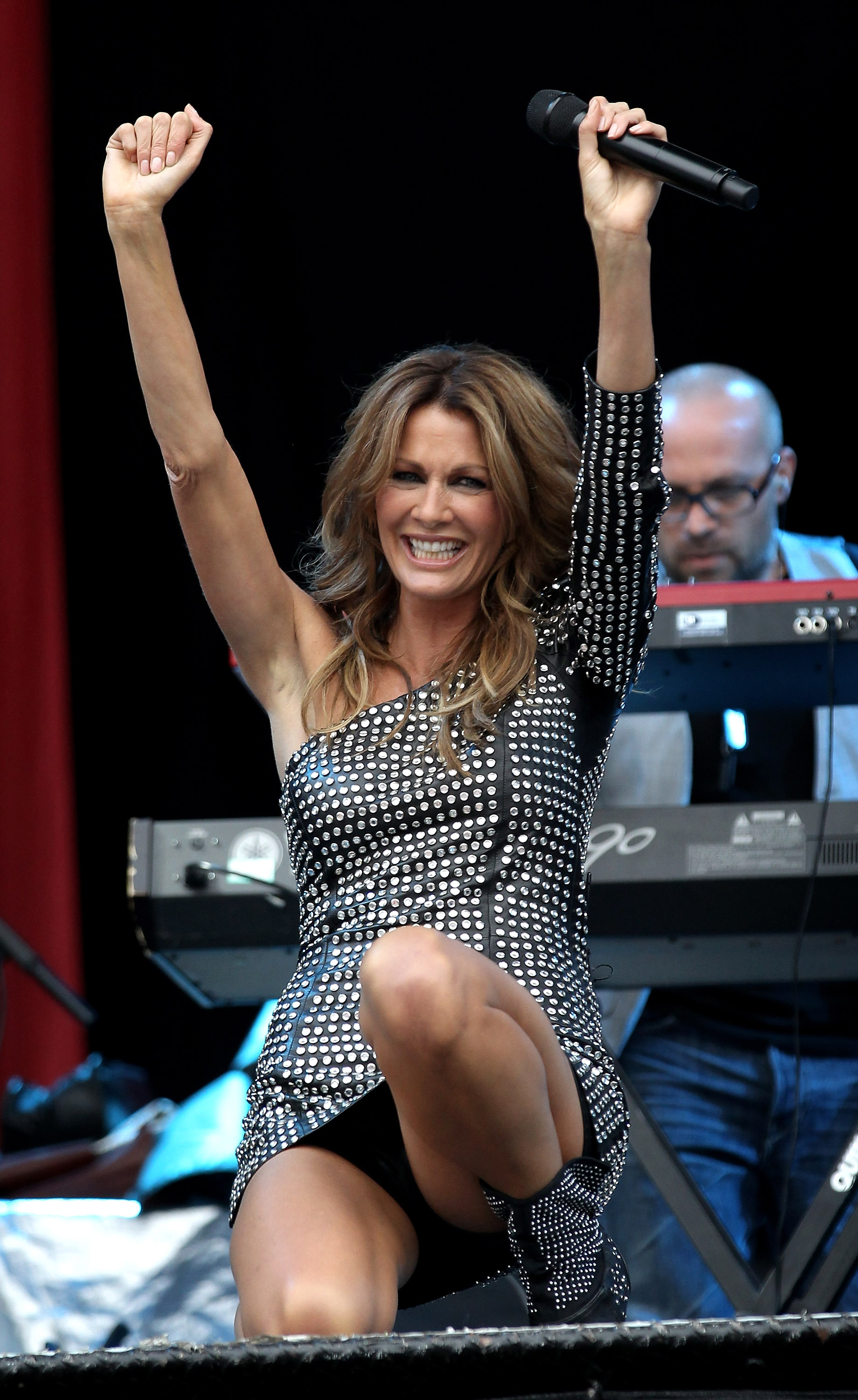 MODEL and songwriter Kirsty Bertarelli became Britain’s richest divorcee when she split from billionaire husband Ernesto after 21 years of marriage.

The pair were jointly placed 14th in this year’s Sunday Times Rich List, with an estimated £9.2billion fortune.

They have not talked publicly about their agreement but rumour has it that Staffordshire-born Kirsty, a former Miss UK, has agreed to a £350million settlement. 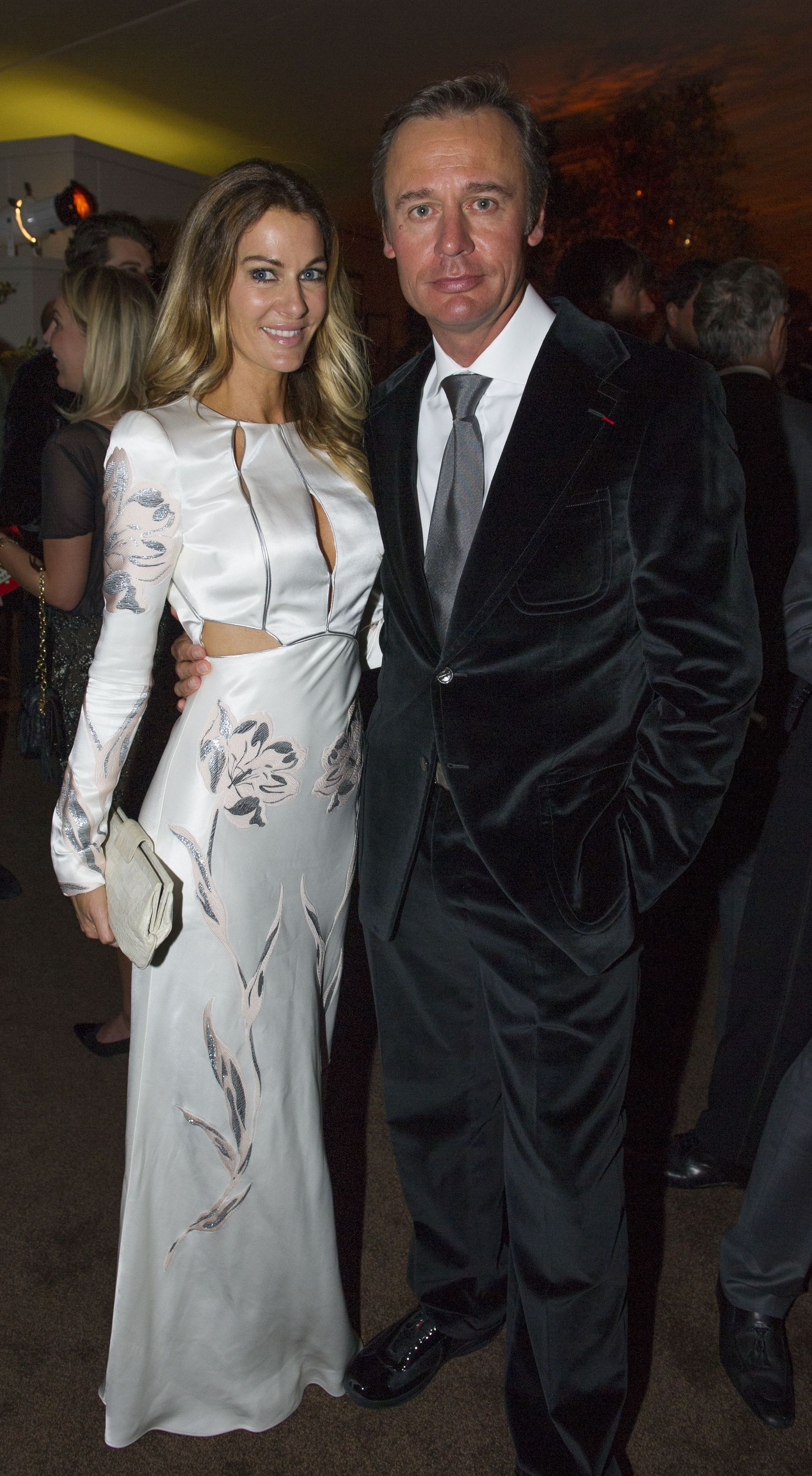 She has also been given a house by Switzerland’s Lake Geneva, bought this year for £52million, and an £8million skiing chalet in the Swiss resort of Gstaad.

I know a lot of people stressed about jobs, money and the increased cost of food and heating will struggle to get their head around these numbers.

But after 21 years of marriage and three children, it seems like a fair and well-deserved payoff to me.

WHAT A BLOCK HEAD 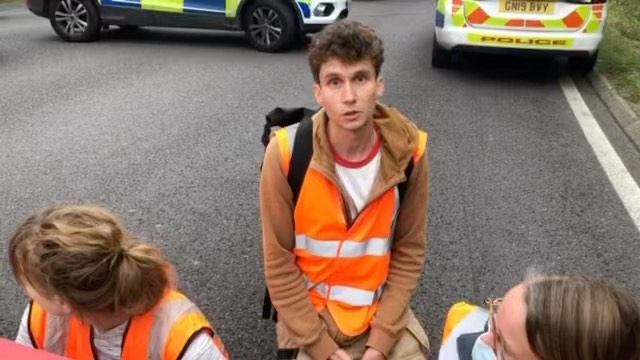 YOU could hardly make up the fact that a leading climate protester who repeatedly helped bring roads to a standstill over the past few weeks has himself undertaken two epic carbon-generating international trips over the last two years, purely for fun.

Extinction Rebellion and Insulate Britain activist Cameron Ford has been a key protester blocking the M25, in the process frustrating tens of thousands of drivers.

It turns out he went on a 10,000-mile, four-month trip across the Atlantic and around Canada – followed by a 2,000-mile jaunt across Europe in an old diesel van. To call him a hypocrite would be an understatement.

Ford and his pals are doing more harm than good to a worthy cause.

They want to save the planet but the people they stopped travelling include a woman who begged to get through so she could follow her poorly mum to hospital.

Meanwhile, Ford clocked up a total of 12,000 miles on those two jollies. Is it any wonder people are fed up with these protesters?

THE JOY OF FLEX

THERE is no doubt the pandemic has affected women more than men.

We have had more job losses, lower wages and increased responsibility juggling careers with children’s education.

So it is no surprise research I conducted for my virtual Women In Business & Tech Expo next week concluded that 62 per cent of women are looking for a better work-life balance.

Flexible, agile working is vital. That is why I set up this expo – featuring seminars, practical and educational content, networking opportunities and top speakers including Mel B, Caprice and Louise O’Shea, boss of confused.com. I hope it gives working women some inspiration. 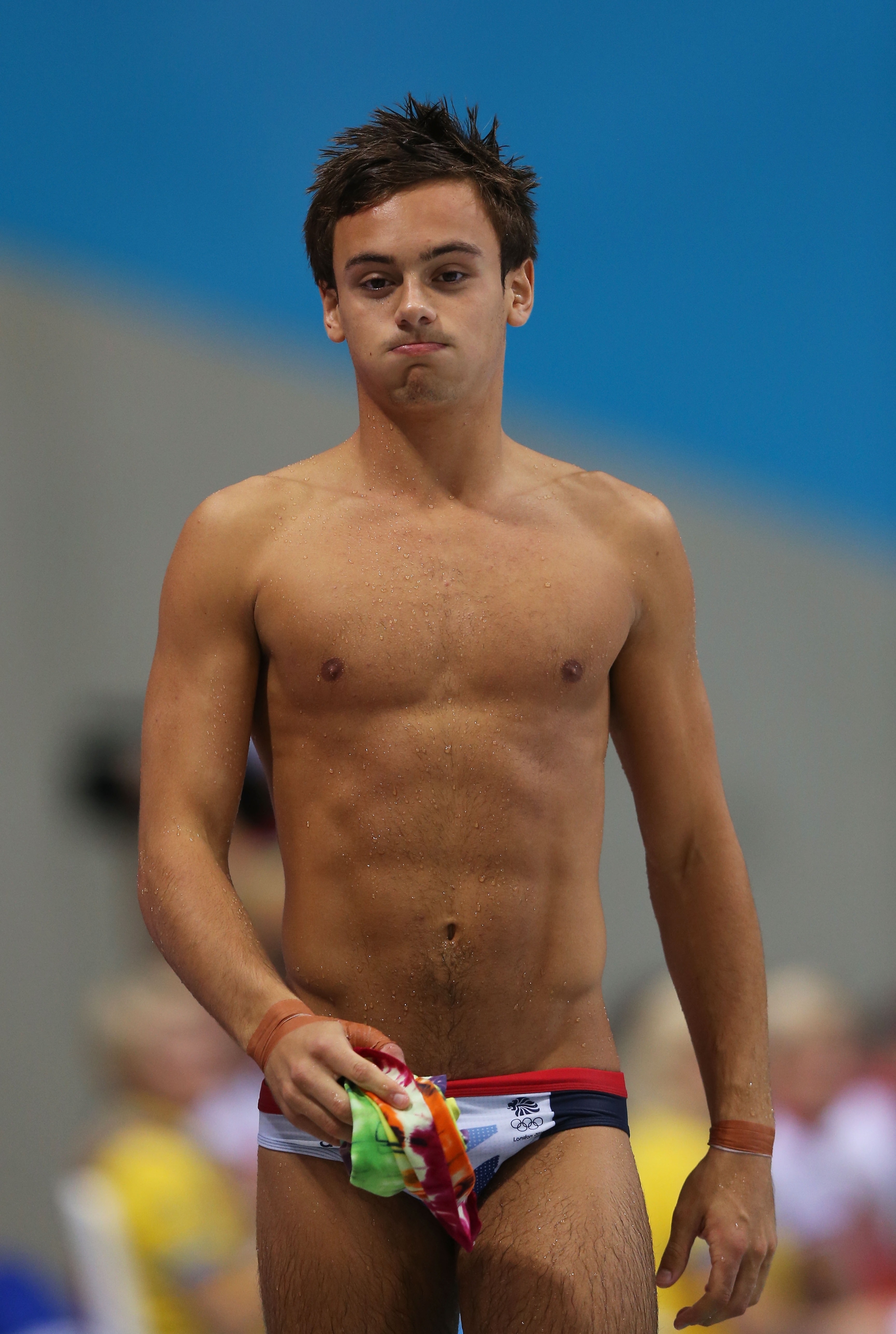 BRAVO to Tom Daley for talking so candidly about his battle with bulimia.

The brilliant diver was brave enough to speak this week about how he would force himself to be sick in 2012, the year of the London Olympics.

Admitting to struggling with body issues – having spent most of his time in the spotlight in just a pair of tiny swimming trunks – Tom, now 27, said: “I used to make myself throw up in 2012.

“I weigh myself every day. I’ve had a very strange relationship with food and my body image.

“Men always seem to not have eating disorders and it’s hard to talk about it. But I would consider myself to be someone that has very much struggled with body image, eating and feeling guilty and shameful of the things I eat.”

I am so impressed that Tom has been brave enough to speak out about this issue.

Increasingly boys are under incredible pressure regarding their body image – as much as girls are.

And while a lot of attention is given to the negative effects of Instagram and “Love Island culture” on young women, guys feel it too.

I hope Tom speaking out will help to take the pressure off millions more young men.

SORRY but I had to laugh at Dominic Raab’s claim that misogyny can be shown against men as well as women.

The Justice Secretary made the remark during a BBC interview while discussing an inquiry into the “systematic failures” that let Sarah Everard’s killer Wayne Couzens stay employed as a police officer.

He told host Sally Nugent: “Misogyny is absolutely wrong, whether it’s a man against a woman or a woman against a man.”

You’d think that if you get as far as Justice Secretary, you might know what misogyny is – that, by definition, it applies only against women. You might hope he would know its counterpart, the dislike of men, is called misandry.