Elgin Marbles: Osborne on 'deal to be done' with Greece

Mr Erdogan has demanded Athens stop militarising Greek islands near Turkey and warned Turkish troops could appear overnight if Greece were to go too far. Athens meanwhile has accused Ankara of increasing its violations of Greece’s airspace.

Günter Seufert, of the German Science and Politics Foundation, explained part of what is fuelling the row: “For one thing, the Greek side has set the territorial waters of the islands at six miles, but air sovereignty at 10 miles. That is a position that is at least controversial.

“That means not every violation of air sovereignty that the Greeks complain about is also one according to the general legal opinion.”

Turkey recently expressed outrage at what it described as harassment of its jets by Greek forces.

Ankara has alleged S-300 air defence systems used by Greece had locked on to Turkish jets during a routine flight. 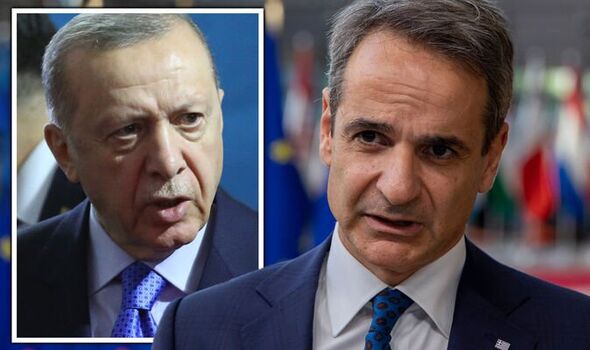 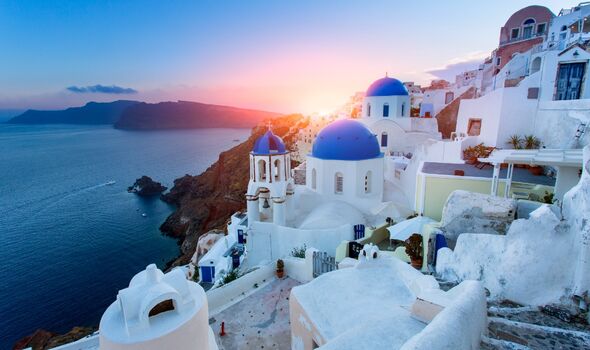 Cihat Yayci, a former admiral who served in the Turkish Navy from 1988 to 2020, agreed, saying: “Look at the airspace. There is no country in the world whose airspace is larger than its territorial waters.”

He told German media outlet Merkur.de increasing numbers of Turkish fighter jets have flown over the islands and over the Greek mainland.

The expert claimed Ankara is well aware the airspace violations represent a “serious provocation” and an “attempt at intimidation”. 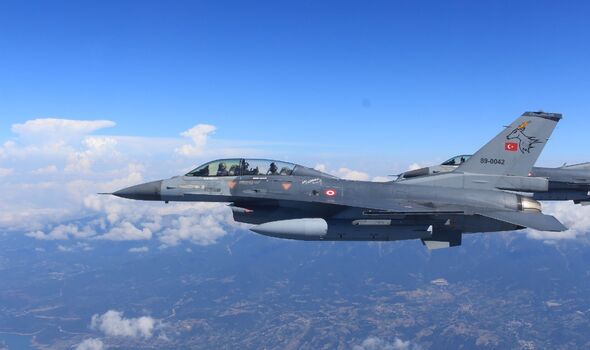 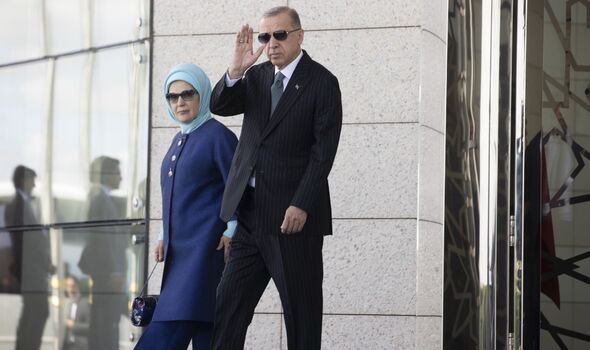 Mr Seufert said it was relatively absurd for Turkey to feel threatened due to its superiority at sea and the enormous expansion of the Turkish fleet in the last 10 years.

He added: “Turkey is making territorial demands, which is why Greece could feel threatened . It’s more that fear of a Turkish escalation is growing on the islands.”

He said: “They have stationed brigades, divisions, tanks, rockets, artillery, everything imaginable.” 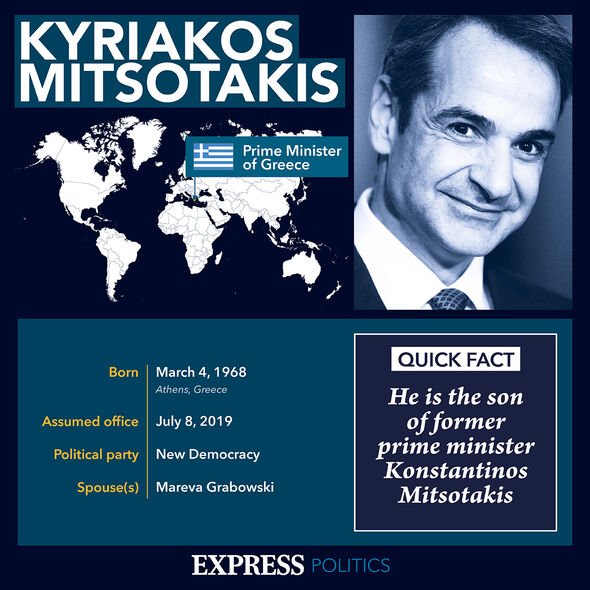 The former admiral, who rose to Chief of Staff during his navy career, cautioned war would be on the cards if Greece shifted the boundaries of territorial waters around the islands.

Mr Seufert said war is unlikely, adding Turkey had gone as far as it possibly could.

He added elections in Turkey next year provided a strong political motive for Mr Erdogan as he battles to hold on to power. 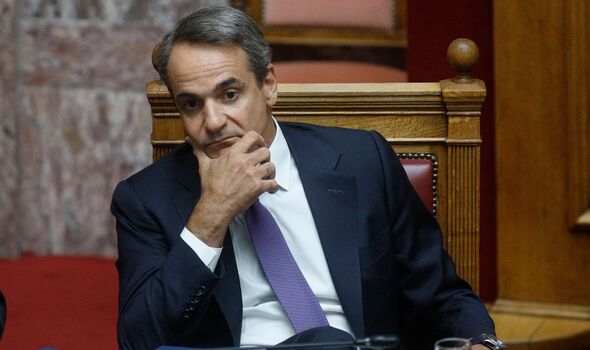 Ankara says the Aegean islands were given to Greece under treaties in 1923 and 1947 on condition it does not arm them.

Foreign Minister Mevlut Cavusoglu has repeatedly said Turkey would start questioning Greek sovereignty over the islands if Athens persisted in arming them.

Mr Erdogan said at the rally on Saturday: “Your occupying the islands does not bind us. When the time, the hour, comes, we will do what is necessary.”

Athens responded saying it would not follow Ankara in its outrageous, daily slide of statements and threats.