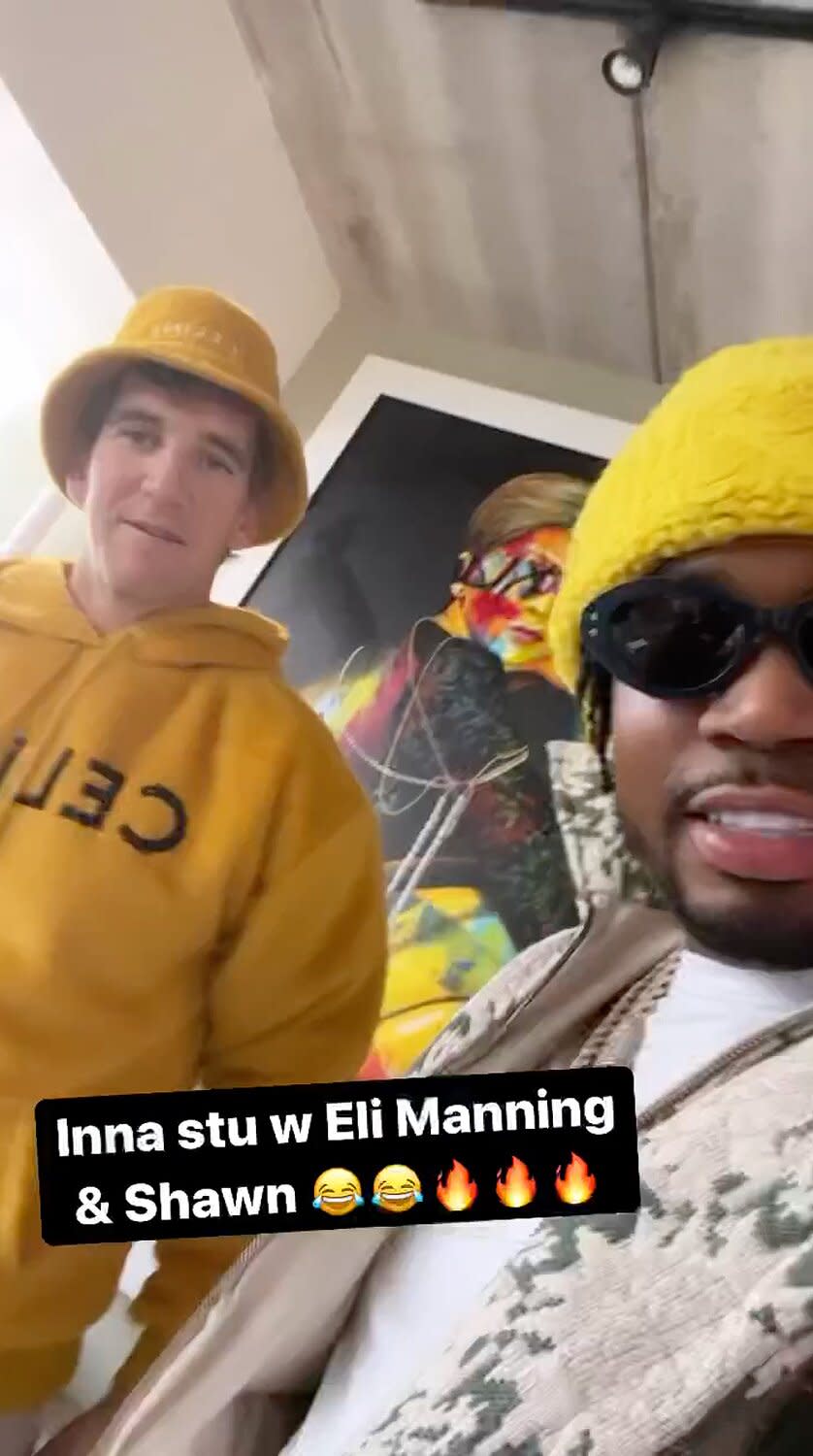 Eli Manning is a man of many hats!

In a video posted to the platform, Manning and his former New York Giants teammate, center Shaun O’Hara, are seen taking shots with the rapper.

“We doing shots. Eli. Shaun. Toasting. We in the studio making Big Drip,” Fivio said in the video.

The two-time Super Bowl-winning quarterback wore a yellow Celine hoodie, a matching bucket hat, and a diamond chain necklace for the outing. The accessory did not appear to be the same one Snoop Dogg gifted him earlier this year.

While it was not immediately clear why Manning and Fivio were together, the athlete has shown he is not averse to stepping outside the pocket — or in this case, his comfort zone.

Last month, Manning shared a video for his ESPN show Eli’s Places in which he hilariously tried out as a walk-on at Penn State University.

The former athlete donned makeup, a mustache and a wig to channel a new persona: Chad Powers, who, he conjured for a backstory, was a “substitute teacher and part-time carpenter.”

While assessing his new look in the mirror, he said: “I kinda feel a little Matthew McConaughey, from Dazed and Confused. Alright, alright, alright.”

Before hitting the field, he FaceTimed with Peyton who immediately laughed, and then predicted, “If you throw as well as that mustache looks, then I think you’re gonna make the team.”

While head coach James Franklin and perhaps a few others were in on the joke, those trying out for the team looked to be clueless.

“When was the last team you played on?” an assistant coach asked him.

“I was homeschooled,” Manning-as-Powers responded, “My mom was my coach.”

After being outed by Franklin as being disqualified for running too slow and jumping not far enough, Manning revealed his true identity.

“I thought I had it, boys,” he said to his fellow competition while removing his wig. “I’m just a 41-year-old who wants to play ball.”