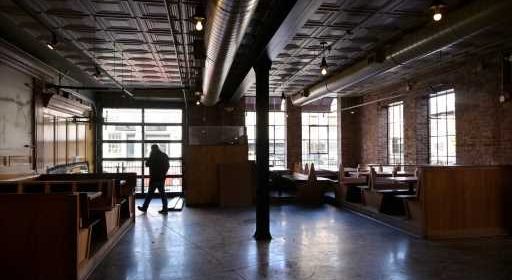 The same day that Monfort Companies and Riot Hospitality broke ground on Riot House in downtown Denver, the group announced that it had purchased the famed former jazz club El Chapultepec, as well as the Giggling Grizzly on the corner of 20th and Market streets.

Kenneth Monfort, executive vice president of Monfort Companies, said Wednesday that the team behind Dierks Bentley’s Whiskey Row in LoDo plans to combine the two properties and create an elevated bar and restaurant for its third local concept, which has yet to be named.

“We won’t do anything to erase El Chapultepec out of the history books. In fact, we’re going to embrace the history that place had in Denver and bring it into a more modern service for this community,” Monfort said. “We think it will round out our vision on the block with these large-format entertainment projects that we’re delivering.”

El Chapultepec, a historic jazz bar and Mexican restaurant caddy corner from Coors Field at 1962 Market St., closed in Dec. 2020 after 87 years, due to COVID and the changing economic landscape downtown. Valentes Corleons, former owner of Beta nightclub, previously planned to transform El Chapultepec into a new concept called Cantina, but after Beta’s liquor license was removed, he pulled out of the nightlife scene altogether. The Giggling Grizzly has been in LoDo since 1996.

Real estate company Shames Makovsky owned the building, purchasing it after longtime El Chapultepec owner Jerry Krantz died a decade ago. And Monfort Companies purchased both for $5.38 million, according to property records.

“We have a vision for this block, and of all the deals we’ve struck on this block, none have been broadly marketed prior to us getting involved,” Monfort said. “We’ve been able to put ourselves in a position where people are coming to us for sale or lease opportunities.”

Monfort told The Denver Post that the group plans to incorporate some aspect of live music in the new concept as an ode to the old jazz club.

Monfort Companies redeveloped the former LoDo’s Bar & Grill property at 1946 Market St. into Whiskey Row, which opened at the end of last year. Monfort sold the real estate in March for $24 million but still owns the business in partnership with Riot.

The group is now redeveloping the former “The Real World: Denver” building at 1920 Market St. into Riot House, a bar and restaurant that will feature a large center bar, dance floor and rooftop patio. In 2006, MTV filmed the 18th season of its pioneering reality show “The Real World” at the property. It will be the second Riot House location, joining one in Scottsdale, Arizona.

Monfort also has another entertainment-related redevelopment in the works nearby. He and Huml have signed a lease with piano bar Howl at the Moon for a building they own at 2100 Larimer St.

“We want this neighborhood to compete on a national stage with the likes of Nashville and Dallas,” said Monfort, whose father, Charlie, and uncle, Dick, own the Colorado Rockies and McGregor Square. “The Rockies did a really nice job with McGregor Square, and that with Dairy Block and Union Station have been huge catalysts for this neighborhood, and we’re beneficiaries of that.”