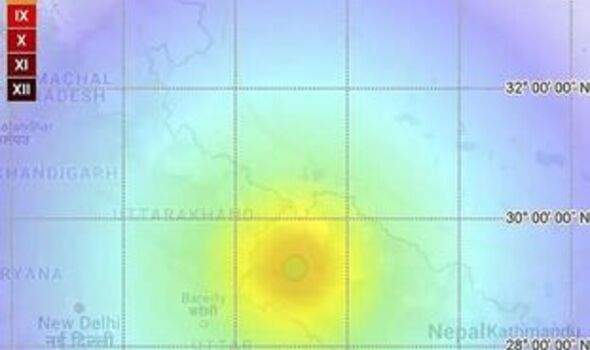 At least six people have been killed as an earthquake measuring 6.6 on the richter scale hit Nepal early on Wednesday. According to officials, multiple houses were destroyed in the western district of Doti close to towns with significant populations.

Five other people were seriously injured as eight houses collapsed, according to Bhola Bhatta, deputy superintendent of police in Doti.

Narayan Silwal a spokesman for the Nepali army a ground rescue team was rushed to the site.

Two helicopters were also on stand by in the nearby towns of Surkhet and Nepalgunj.

The European-Mediterranean Seismological Centre (EMSC) initially claimed that the quake had a magnitude of 5.6.

However, Nepal’s seismological centre claimed that quake had a 6.6 magnitude.

The centre of the earthquake was 158 km (100 miles) northeast of Pilibhit a large city in the neighbouring Indian state of Uttar Pradesh according to the EMSC.

According to the monitoring service, it also occured at a depth of 10 km.

Numerous media reports have indicated the tremor was also felt in the Indian capital New Delhi.

It was Nepal’s second earthquake in as many days, according to The Times of India.

According to the Indian National Center for Seismology (NCS) an earthquake with a magnitude of 4.5 hit the Himalayan nation on Tuesday morning.

NCS date indicates that Tuesday’s tremor occurred 155km northeast of the capital Kathmandu at a depth of 100km.