A Brazilian girl gang who ran a Deliveroo-style service to ferry drugs round London have been jailed for more than 40 years.

The all-female group of drug couriers wore uniforms in an attempt to blend in and even wore co-ordinated pink rucksacks with a ‘team’ number written on, and a different coloured wallet inside with the driver’s name on.

The five women admitted a string of drugs charges at a series of hearings held at Southwark Crown Court earlier this year with four of the members being locked up last month along with the male gang leader for a total of 37 and a half years.

The final member – the gang’s bookkeeper Larissy Nascimento Dos Reis, 24 – has now been jailed for two years and three months, bringing to a close the Met’s specialist investigation.

Dos Reis kept the books for the gang whose members – Nayara Robeiro, 33, Andressa Santos, 24, and Nayene Fernandez-Silva, 24, – rode mopeds to make deliveries across the capital.

Judge Gregory Perrins described it as a ‘professional and highly organised’ criminal organisation which supplied a ‘vast array of controlled drugs on a vast scale’. 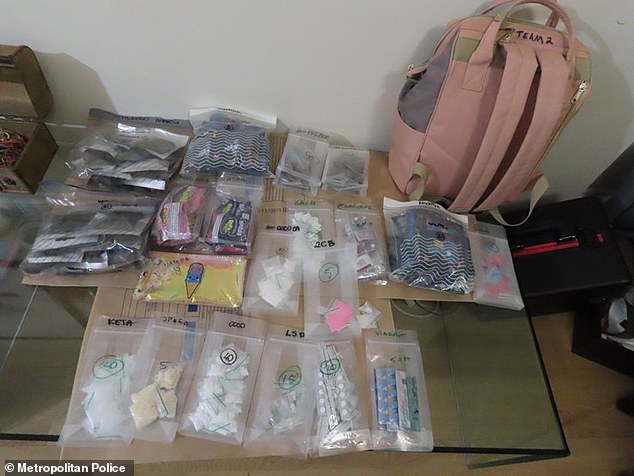 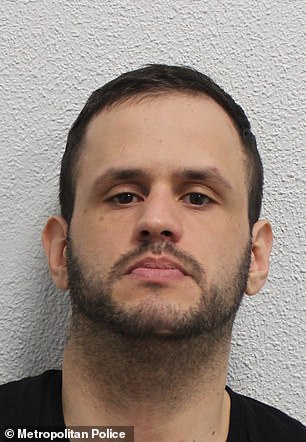 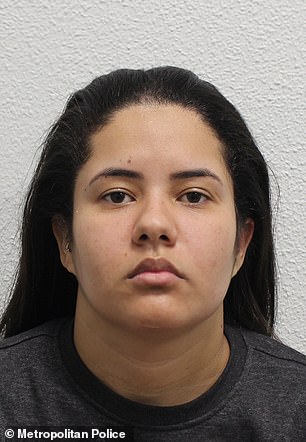 The service operated across London between 1pm and 10pm Monday to Saturday and was so successful they could afford Sundays off.

They even pressed their own heart shaped pills.

Customers were offered a ‘candy shop list’ document of over 90 different drugs which were available to customers including Class A, Class B and prescription pills.

Tiago De-Lima, 30, the only man involved in the operation, ran and hired the glamorous women to ferry the drugs around London.

The Met Police said he was the gang’s leader and used the highly encrypted chat service Encrochat to facilitate wholesale purchases involving multiple kilos of Class A drugs including cocaine, MDMA and crystal meth.

There was also a wholesale side to the business which was headed by De-Lima and involved selling large quantities of drugs to other dealers.

De-Lima had been telling other users that he can ‘sell anything I touch’ and shared price lists for drugs and pictures of the goods on offer.

Various addresses were raided during the police operation including a storage unit in northwest London and two distribution centres in Cromwell Road and South Kensington. 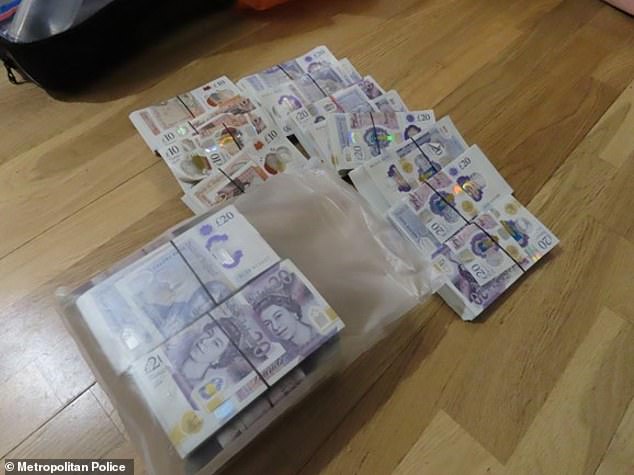 As well as more than £1million of drugs, police also recovered £54,000 in cash and weapons

Across the three locations police seized a total of 4kg of cocaine, 8kg of MDMA, 7kg of Methamphetamine, 3kg of Amphetamine, 1kg of a stimulant known as 4-CMC and 18kg of Cannabis.

Evidence of their commercial operation came in the form of a cash counter, commercial pill press, and documented supply lists which valued their stock at nearly £2million.

The court heard clothes belonging to the women, and three firearms and ammunition were also seized from the facilities.

A computer seized as evidence demonstrated that the retail side of the business made around £90,000 profit per month.

Encrypted WhatsApp messages revealed most deals were for between 10-15 kg cocaine but on one occasion 50kg of cocaine changed hands. 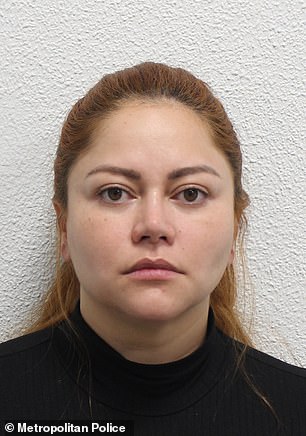 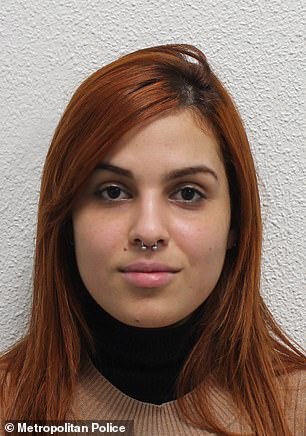 Pictured: Both Nayara Robeiro, 33, (left) and Andressa Santos, 25, (right) were jailed for four and a half years at a hearing last month after admitting a string of drug dealing offences 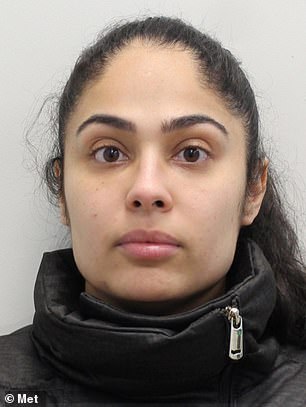 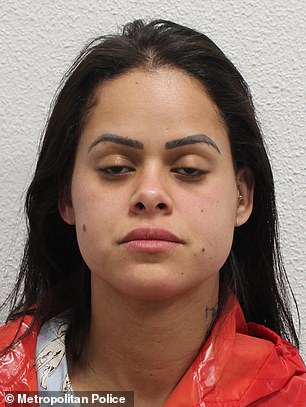 There was also evidence of other criminality including selling fake IDs, moving people out of the country by helicopter and bribing a prison officer.

De-Lima, 31, was jailed for 18 years while four of the other women were jailed for between four and a half and six years at a hearing last month.

Dos Reis, of Canning Town, was jailed for two years and three months at a hearing on Friday.

Speaking of the investigation last month, Det Con James Hughes from the Specialist Crime Unit said: ‘We know that violence we see in London’s streets is inextricably linked to drugs such as the ones that De-Lima and his colleagues were distributing across London.

‘The meticulous investigative work carried out by my team which unravelled this case of highly organised criminals demonstrates the detective capabilities of the Met and shows our commitment to taking these controlled substances off London’s streets.

‘We hope that today’s result sends a clear message to those involved in illicit activities that the Met does not welcome this kind of enterprise in London, and our Specialist Crime Units will work determinedly to dismantle organised crime groups such as this.’