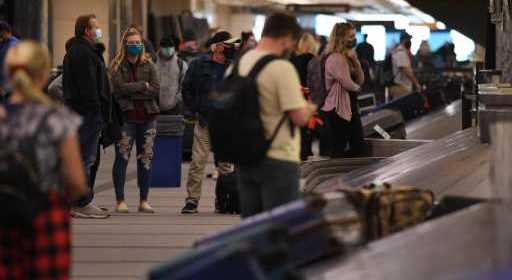 The Denver City Council on Monday approved a $500 million contract for baggage system upgrades at Denver International Airport that had drawn questions because some of the projects depend on winning future federal grants.

During a late August committee hearing, the inclusion of uncertain projects on such a large contract gave some council members pause, including Councilwoman Debbie Ortega, who is running for mayor. A DIA official argued then that the blanket authorization would make the airport’s grant applications more competitive and agreed to spell out more details about the contract and the projects in a memo before the final vote.

On Monday afternoon, the full council approved the contract with PCL Construction Services 12-0 as part of a block vote, with no discussion.

DIA says two of five projects covered by the contract are ready to go, with federal awards in hand to help cover their costs. They will replace aging explosive-detection screening machines and the conveyors and other equipment connected to them.

Three more projects, costing a combined $193 million, would happen if the airport wins grants in coming years under programs supported by the $1.2 trillion federal infrastructure bill.

Those projects would replace other baggage system equipment, including curbside conveyors, equipment in the baggage claims and lifts that move checked bags between the terminal’s levels.