WASHINGTON — Republicans and Democrats in Congress are rallying behind House Speaker Nancy Pelosi by urging her to follow through on a potential visit to Taiwan even as President Joe Biden said the Defense Department believes such a trip is “not a good idea right now.”

China has gone much further, warning that it would respond with “forceful measures” if Pelosi, D-Calif., steps foot on the democratic island, which Beijing considers a breakaway province.

The potential visit has created a rare and high-profile intraparty rift between Pelosi — a staunch defender of Taiwan and an outspoken critic of China’s human rights abuses — and Biden administration officials, who are wary about escalating tensions with the Asian superpower.

But it has also created some bipartisan unity on Capitol Hill.

“If I were the speaker, I’d be going,” said Rep. Pete Sessions, R-Texas, who has served with Pelosi in Congress for more than two decades.

Sen. Roy Blunt, R-Mo., who previously served with Pelosi in the House, said: “If she wants to go, I certainly think she should go. And I think she should be more motivated to go now that she’s been discouraged, and colleagues should join her.”

Sen. Rick Scott of Florida, the chairman of the Senate GOP’s campaign arm, said: “I think it’s important that we go over there and tell Taiwan that they are an important democratic ally. We ought to be clear there is no ambiguity that we will support them if they get invaded by communist China.”

Rep. Jim Himes, D-Conn., a member of the Intelligence Committee, said, “The Chinese are not going to restrict the speaker of the House’s travel.”

Rep. Jim McGovern, D-Mass., a member of Pelosi’s leadership team, said, “Nobody should not go someplace because the Chinese government — which is guilty of genocide — is speaking in threatening terms.” 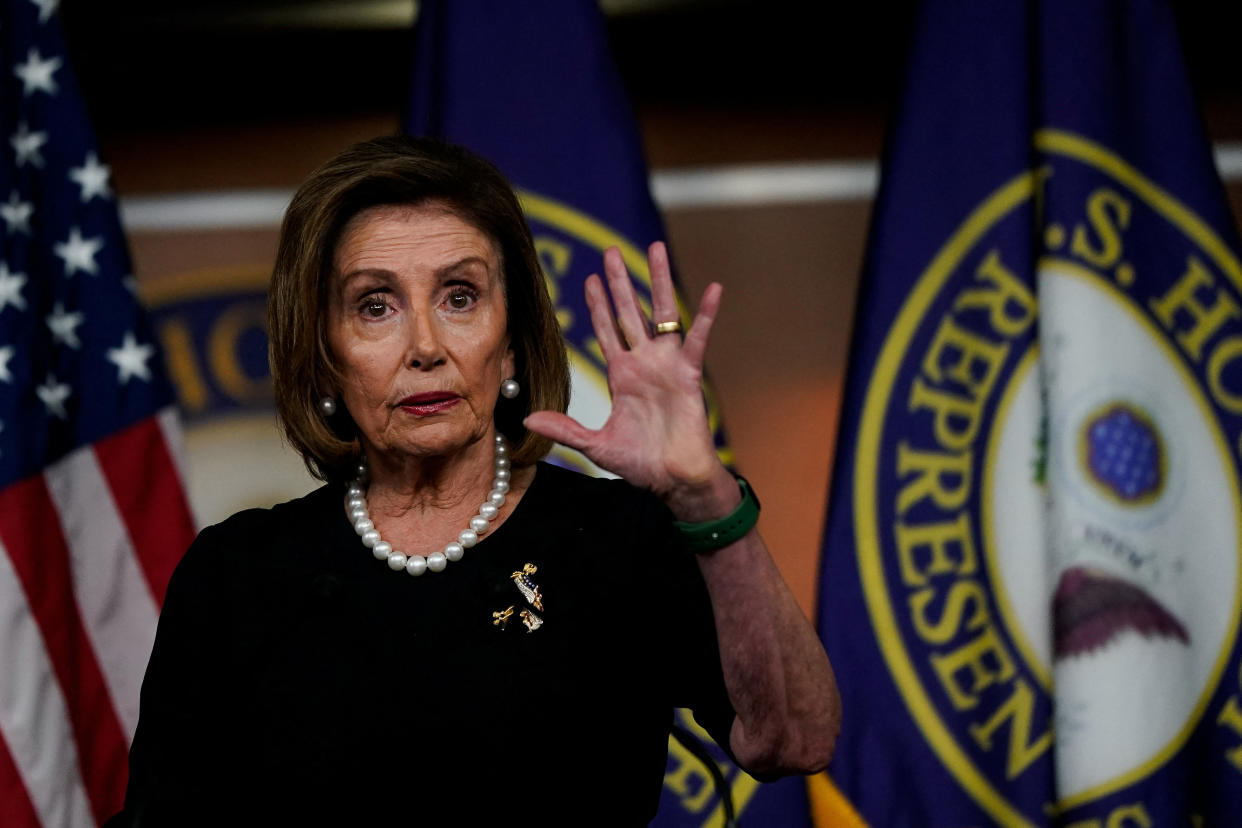 Newt Gingrich was the last House speaker to visit Taiwan, and that was in 1997. Pelosi visited in 1999, when she didn’t hold a leadership post.

Some Democrats, however, said the timing of a Taiwan trip carries both economic and geopolitical risks. Biden and Chinese President Xi Jinping are expected to hold a phone call soon that will cover topics from tensions over Taiwan and the war in Ukraine to managing competition between the U.S. and China, a White House spokesman said Tuesday.

A House Democrat, who requested anonymity to talk about the political dynamics, said, “Many Republicans want to see her go as a show of strength, while many Democrats are concerned about the risks of unnecessary provocation — particularly in light of high inflation, an unstable oil marketplace and Russia’s war in Ukraine.”

Sen. Chris Murphy, D-Conn., a member of the Foreign Relations Committee, expressed some reservations about Pelosi’s making the trip.

“I think we should be purposeful. If we’re going to change our Taiwan policy, let’s make it a collective decision to do so. Let’s not do it by accident through a series of uncoordinated steps,” Murphy said.

“Obviously, the speaker of the House visiting Taiwan is a significant step that suggests recognition — formal diplomatic recognition is not part of our current policy,” he said.

Rep. Dean Phillips, D-Minn., a member of the Foreign Affairs Committee, said he also had concerns, but he added that Pelosi now needs to make the trip so the U.S. doesn’t appear weak in the face of China’s threats.

“Had I been consulted, I would have advised against the trip at this particular time. But since it’s now public, we must demonstrate that no country dictates where we travel and with whom we meet,” Phillips said. “The world is watching, and it’s imperative the United States reassert its convictions and resolve.”

Pelosi, 82, had hoped to lead an official congressional delegation to Taiwan in the spring but was sidelined by a Covid diagnosis at the last minute. In recent days, there were reports she would try again during the August recess. A Pelosi spokesman said her office wouldn’t “confirm nor deny international travel in advance due to long-standing security protocols.”

Senate Armed Services Committee Chairman Jack Reed, D-R.I., agreed with Phillips that it’s hard for Pelosi to “back out now.” But he added that she could “lower the volume” by taking a smaller group of lawmakers and flying on a private plane rather than on a military or government plane.

“I think she has to go, but she can take steps to make it a fact-finding trip and not something that could be exploited by the other side,” Reed said. “That’s the danger: The Chinese could exploit the visit for their own needs.”

Congress is poised to pass major legislation to boost domestic computer chip production and competition with China. On Tuesday, the package known as “CHIPS-plus” cleared a key procedural hurdle in the Senate; it is on track to pass both chambers by the end of the week.

“I think much more important than traveling to Taiwan is making sure we have worked with them to make sure their defenses are adequate to the threats that may come from mainland China,” said McConnell, whose wife, former Transportation Secretary Elaine Chao, was born in Taipei.

“I think we ought to refocus on what kind of military equipment they have — is that the right kind? And if not, working with them to make sure they actually have weapons that will deter the Chinese in case there is such an attack.”