In a recent interview with The New York Times — pegged to his new upcoming movie "The Lost City" with Sandra Bullock and Channing Tatum — the actor was asked if he would consider returning to the screen as Harry Potter if Chris Columbus' were to do a film adaptation of the play “Harry Potter and the Cursed Child.”

Radcliffe mentioned that while his answer isn't one that "anybody's going to want," he feels that going back to the world of “Harry Potter” would bring a “massive change” to his life.

“I’m getting to a point where I feel like I made it out of ‘Potter’ OK and I’m really happy with where I am now,” Radcliffe said. 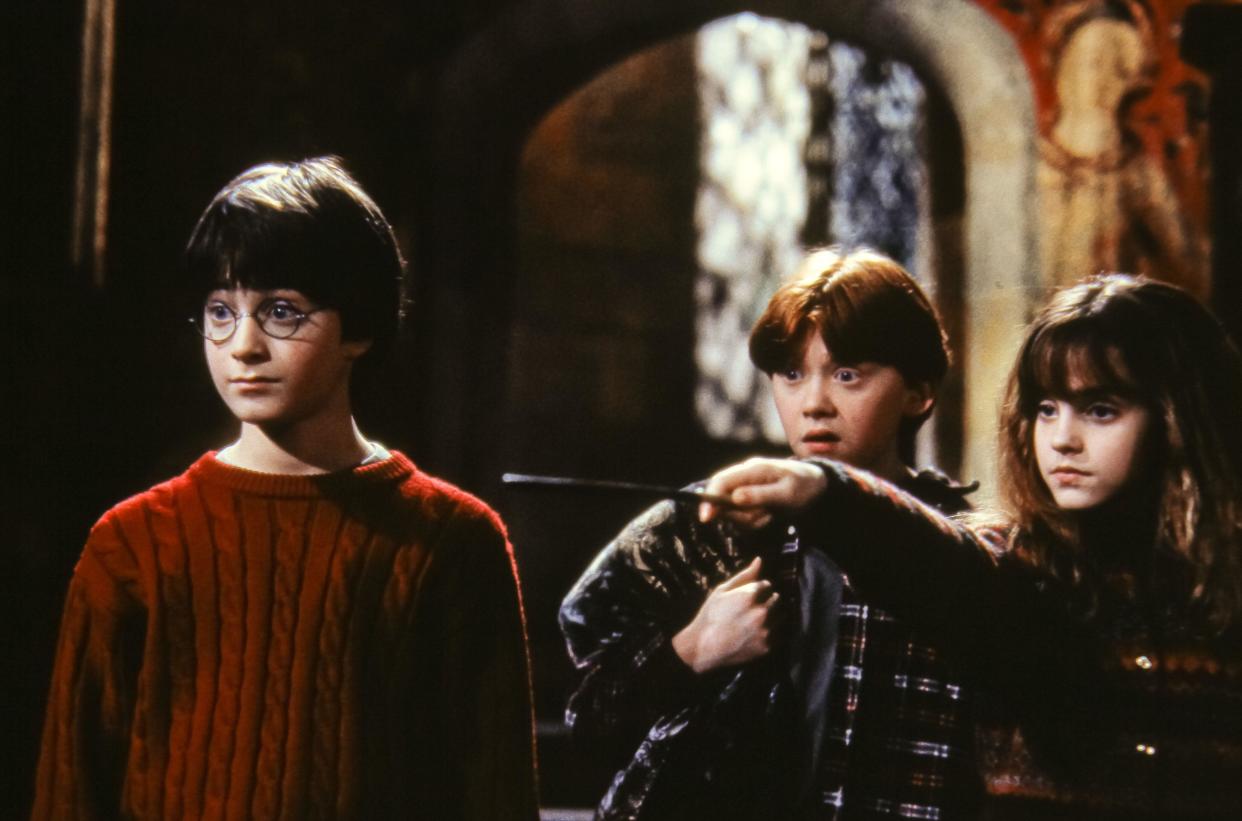 Columbus, who directed the first two films in the "Harry Potter" franchise, said in Nov. 2021 that it's a "small fantasy" of his to direct a film adaptation of the play "Harry Potter and the Cursed Child," according to Variety.

With Radcliffe, Rupert Grint and Emma Watson involved, Columbus said an adaptation of the play — which follows the children of the Golden Trio — would be “cinematic bliss."

Columbus compared the idea to the 2015 continuation of “Star Wars” during an interview with The Hollywood Reporter, saying that the return of the "Harry Potter" cast would be "moving" for fans.

However, it doesn't seem like Radcliffe is game to step back into the role as leading wizard — at least for now.

“I’m never going to say never, but the ‘Star Wars’ guys had like 30, 40 years before they went back. For me, it’s only been 10. It’s not something I’m really interested in doing right now,” he said.

In addition to “The Lost City,” Radcliffe is starring as "Weird Al" Yankovic for a biopic called “Weird: The Al Yankovic Story”

Radcliffe said he was able to enjoy participating in the reunion because it wasn't part of his "day-to-day life anymore."

In the special, the cast revealed behind-the-scenes anecdotes and shared nostalgic moments, including when Radcliffe opened up about his gratitude for his 10 years in the role.

“There are people on these films that are foundational to who I am, as a person, as an actor,” he said in the special. “I feel so lucky to be where I am and to have the life that I have and be able to work with people I work with now. But none of it is possible without this. So yeah, it was a very good 10 years.”