The rising cost of living and financial stress have overtaken the pandemic as the main causes of anxiety among Australians as high inflation and war contribute to “a general sense of unease”.

No one who participated in a national survey by Beyond Blue said they were worried about catching COVID-19, but issues including high interest rates, burnout caused by staff shortages and working from home were affecting Australians’ mental health. 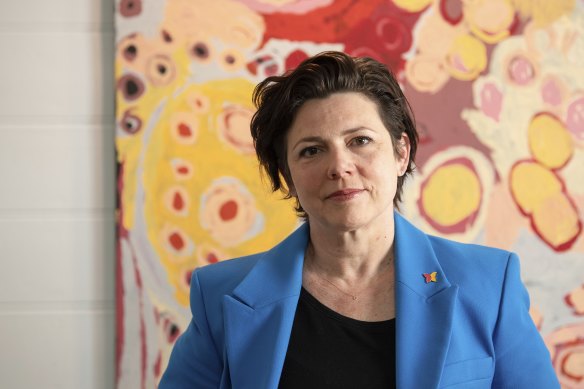 “The war in Ukraine, increasing interest rates, inflation at decades-long highs, heatwaves across Europe – worries about the cost of living and the future are significant and widespread,” the mental health agency’s sentiment research noted.

The survey of 1500 Australians found people’s mental health was worse off than in pre-pandemic days.

Beyond Blue chief executive Georgie Harman said the mental health impact of the pandemic was fading and that “there’s a general sense in people that we’ve seen the worst of it.”

“The really concerning thing, with the most impact, is the sense of lurching from one challenge to another, particularly the insecurity and worry caused by inflation and interest rates – the cost of groceries, the cost of petrol.

“And also the stress of work for those in insecure work, and even among those who have job security; there are incredible staff shortages … and lingering effects of working from home as well,” she said.

The survey’s results back findings of a study in August by the Australian Securities and Investment Commission and Beyond Blue, which found those who have financial stress are at least twice as likely to experience mental health issues.

Many people do not receive support for mental health issues, according to the Mental Illness Fellowship of Australia, which found that seven out of 10 people visiting a GP were coming with a mental health problem.

The most common illness of 12-month mental disorders was anxiety – affecting 3.3 million people – but 54 per cent, or 3.8 million, of people affected by mental illness do not access any kind of treatment.

Australian Psychological Society president Tamara Cavenett said the pandemic had caused a significant weakening in people’s base level of resilience.

“[This] affects their ability to manage multiple stressors, such as cost-of-living pressures. In my clinic, I’m seeing more reports of burnout and exhaustion. People just don’t feel recovered before the next unexpected stress hits,” Cavenett said.

“People no longer feel sure that the future is predictable. The Ukraine war, inflation, climate change, and the pandemic have meant we now feel less secure than ever before.”

Psychologists are reporting an increase in people attending with burnout, anxiety and depression “as bills continue to mount”.

Cavenett said it was a bad time for the scheduled cut to the number of Medicare-subsidised mental health sessions from 20 to 10, which is due on December 31.

Lucy Farmer, head of community at food provision agency FareShare, said as food and other living prices rise, people contacting the organisation seeking meals, which are distributed via other charities, were using words like “unthinkable” and “ridiculous” when describing the cost of vegetables.

“Front-line charities offering food relief tell us they are seeing new clients who have never experienced food insecurity before. Among them are people who are not only working but in some cases working full time,” she said.

“Our inner-city soup van volunteers are seeing new groups of people coming to the service, such as families and more elderly and young people,” she said.

“For the first time, we are also seeing a significant increase in demand with our suburban vans with our Berwick van seeing a 39 per cent increase from last year, and there has been an increase in the number of families needing assistance from us.”

The Beyond Blue survey found social connection and isolation were still affecting people and there was a view that “we are not back to normal just yet”.

There is lingering flatness and sentiment that we are lurching from the pandemic to a potential recession, but there is an understanding that the pandemic helped normalise discussing mental health.

However, there is still a widespread belief mental health services were for people in crisis, not those with less severe anxiety and depression, which Harmon said was important to dispel.

Almost half of those surveyed said they were not seeking support for mental health issues because they did not think their condition was bad enough, but seeking help early, including via the agency’s website, could help people bounce back faster.