The key role Sir Keir Starmer played in the convictions of Stephen Lawrence’s murderers has been left out of the ITV drama about the investigation into his killing, The Mail on Sunday can reveal.

The Labour leader was Director of Public Prosecutions in 2012 when he made the bold decision to prosecute Gary Dobson and David Norris for the 1993 racist killing.

But there is no character that depicts Sir Keir, nor is he mentioned in the three-part series, Stephen, which airs next month.

Set insiders insisted the programme was ‘about a black family’, though it does depict the investigating officer, DCI Clive Driscoll, who is played by Steve Coogan.

Mr Driscoll joined the murder investigation in 2006, 13 years after Stephen was killed by a gang of white men in Eltham, South-East London.

He went on to charge Dobson and Norris, who were jailed for life in 2012.

The retired detective recently praised Sir Keir for his role in agreeing to charge Dobson.

Mr Driscoll recalled: ‘We took our evidence to Keir Starmer… who agreed we had enough new and compelling evidence to take Gary Dobson to court.’

Cottrell-Boyce is a close ally of Mr Corbyn, whose militant Left-wing supporters are furious at Sir Keir’s lurch towards a moderate Blairite approach.

He also joined Mr Corbyn when he launched his policy for UK arts and culture in September 2015. 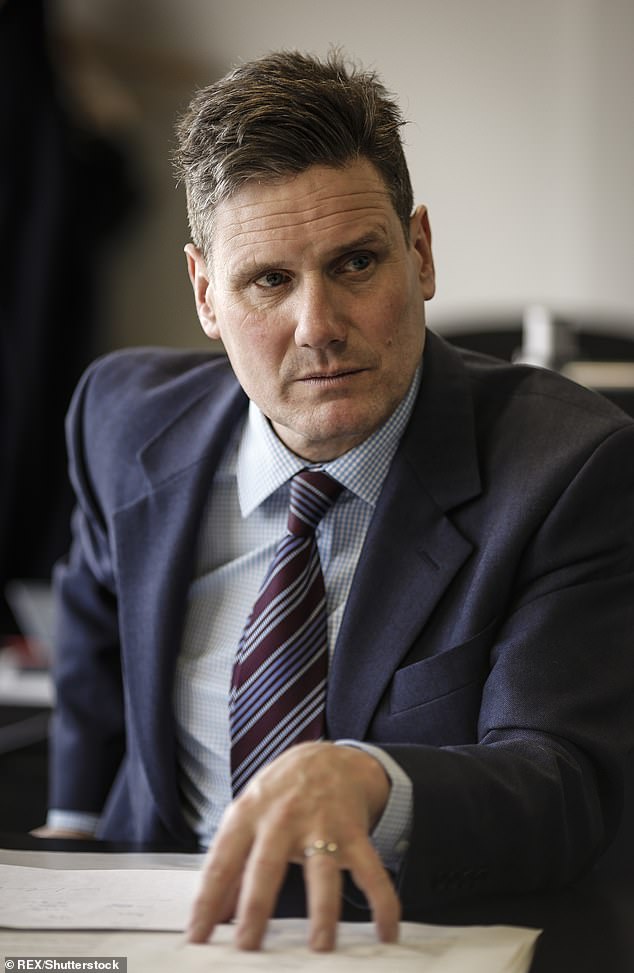 In July 2018, Cottrell-Boyce backed Mr Corbyn for the Prime Minister’s job instead of Boris Johnson, tweeting: ‘Who cares what BoJo the Clown thinks or says? Run Tories out! Corbyn for PM!’

It is understood he is a friend of another screenwriter, Michael Winterbottom, who penned This Sceptred Isle, the forthcoming Sky Atlantic drama which tells the story of Boris Johnson’s first year at No 10.

Last week this newspaper revealed that Stephen downplays the key role of the Daily Mail in bringing the killers to justice.

There is no mention of the paper’s involvement or any characters relating to the newspaper, but its famously brave 1997 front page, which branded five suspects as ‘Murderers’, will be shown at the end of the first episode.

The Mail, under its Editor Paul Dacre, ran numerous campaigning stories on the case, chronicling moves to reform double jeopardy laws to allow Stephen’s killers to stand trial a second time, the setting up of a public inquiry and the scandal of how bungling police officers escaped sanction.

After then Home Secretary Jack Straw ordered a judicial inquiry into the killing, the Metropolitan Police apologised to the Lawrence family, admitting failures in the investigation.

In 2002, the Crown Prosecution Service said there was insufficient evidence to prosecute anyone.

But three years later, the Government dropped the legal principle that prevented suspects being tried twice for the same crime, and police announced they were investigating new forensic evidence.

Finally, in 2011, Dobson and Norris were put on trial at the Old Bailey and found guilty of murder.

Dobson was jailed for a minimum of 15 years and Norris for 14 years.