Senior royals including Prince Charles and Prince Edward will appear at the opening of the Commonwealth Games this evening as they step up in place of the Queen who remains in Balmoral on her summer break.

The 96-year-old, who has spent the last week at her Scottish residence, would have had to travel down to Birmingham for the Highlands to make the games – a situation likely considered too taxing for her at present.

The decision to miss out this year will likely strike a personal blow to the long-reigning monarch, who has always held the Commonwealth Games close to her heart and was present the last time they were held in the UK in 2014.

Her Majesty did launch the Commonwealth Games baton relay at Buckingham Palace in October, placing a secret message inside it that won’t be read out until the Games are underway.

While the Queen has missed only a handful of Commonwealth events over the last seven decades, she has been beset with ‘mobility issues’ and unable to appear at some events in any official capacity in recent months.

However she did attend her Platinum Jubilee celebrations at the beginning of June and as recently as this week was still performing her royal duties despite the sweltering heatwave that gripped the country. 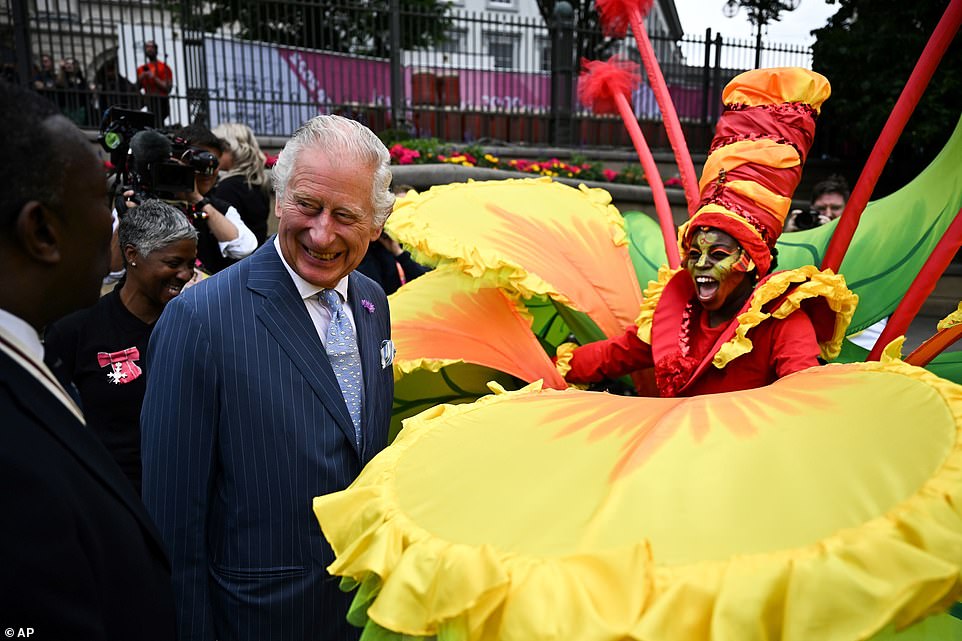 Prince Charles visits the Festival Site at Victoria Square, Birmingham before the opening of the 2022 Commonwealth Games 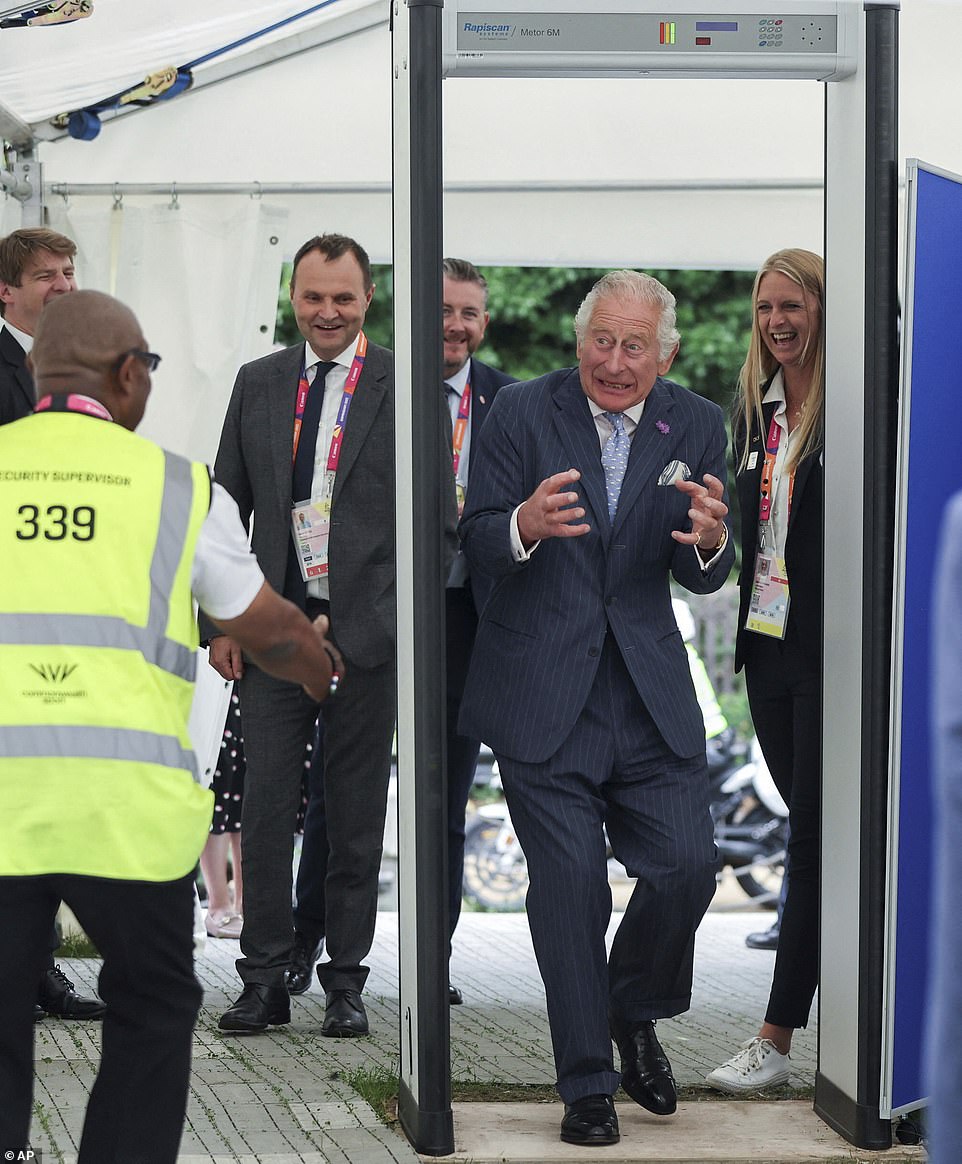 Prince Charles pulls a face as he walks through a metal detector during his visit to Athletes Village in Birmingham, where the contenders will stay for the duration of the Games 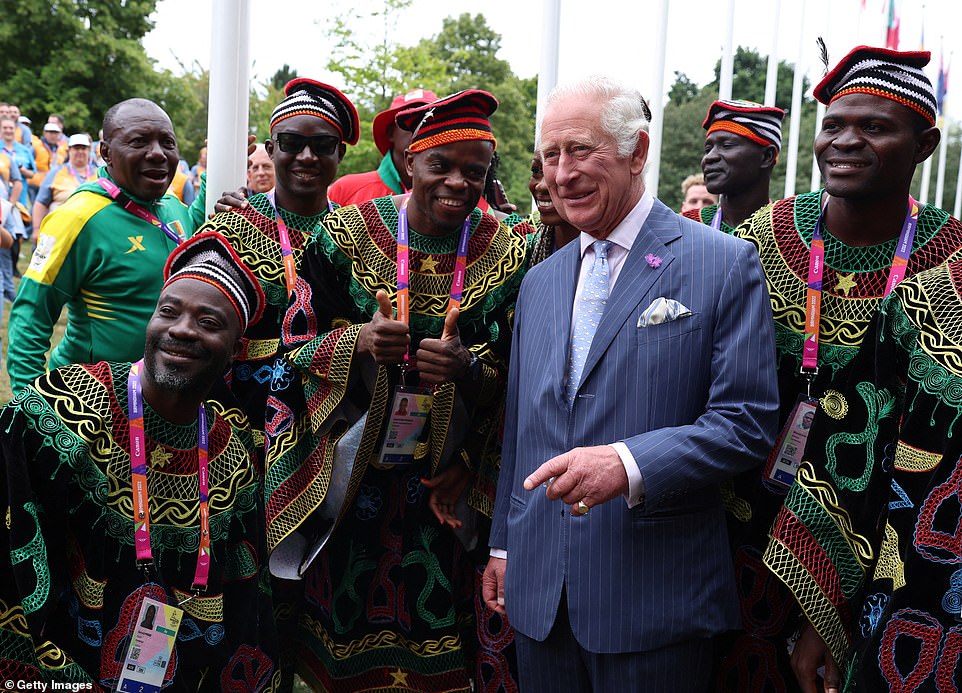 The Prince of Wales will represent his mother the Queen this evening as she remains in Balmoral, Scotland this evening on her summer break 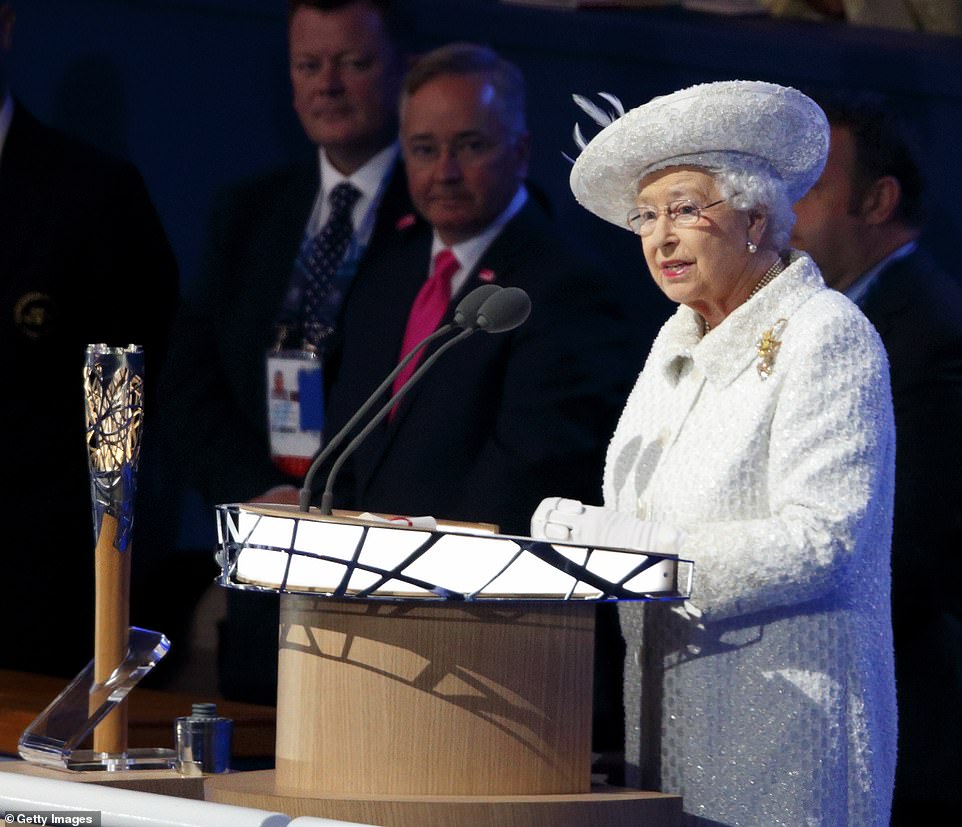 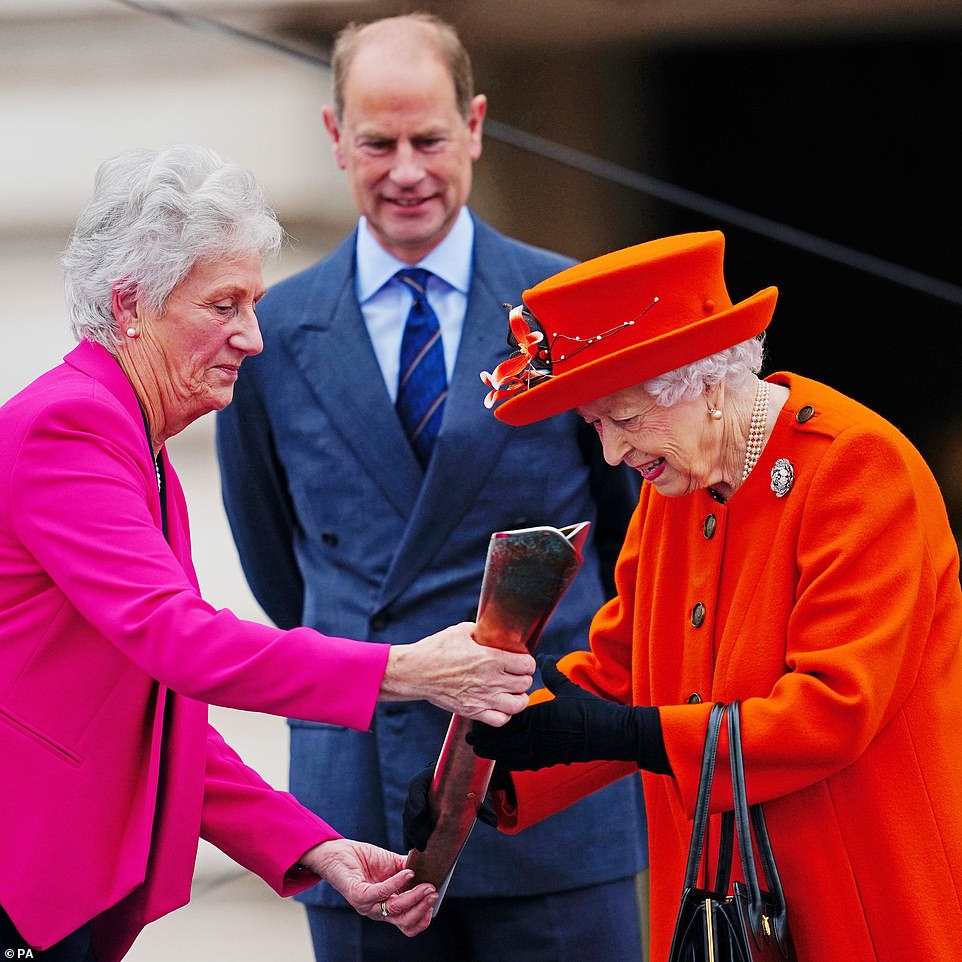 Her Majesty has missed only a handful of events related to the games over the last seven decades. Here she is pictured at the launch of the Queen’s Baton Relay at Buckingham Palace in October last year 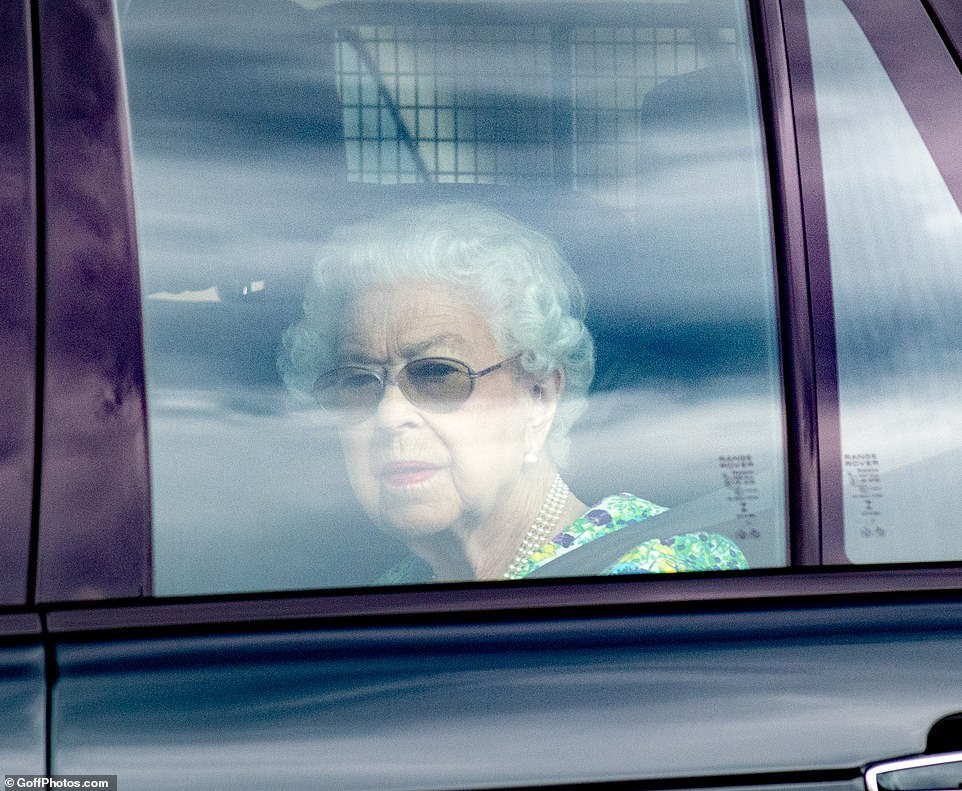 The Queen is instead expected the remain at Balmoral where she is scheduled to spend her summer break. Here she is pictured looking out the window of a car as she left Windsor Castle yesterday to make the journey to Scotland 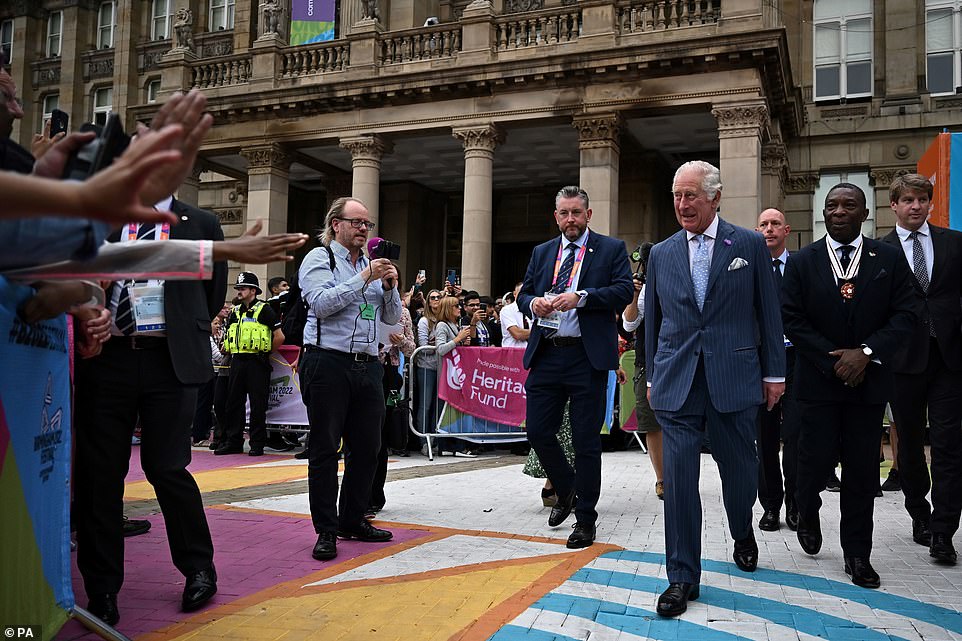 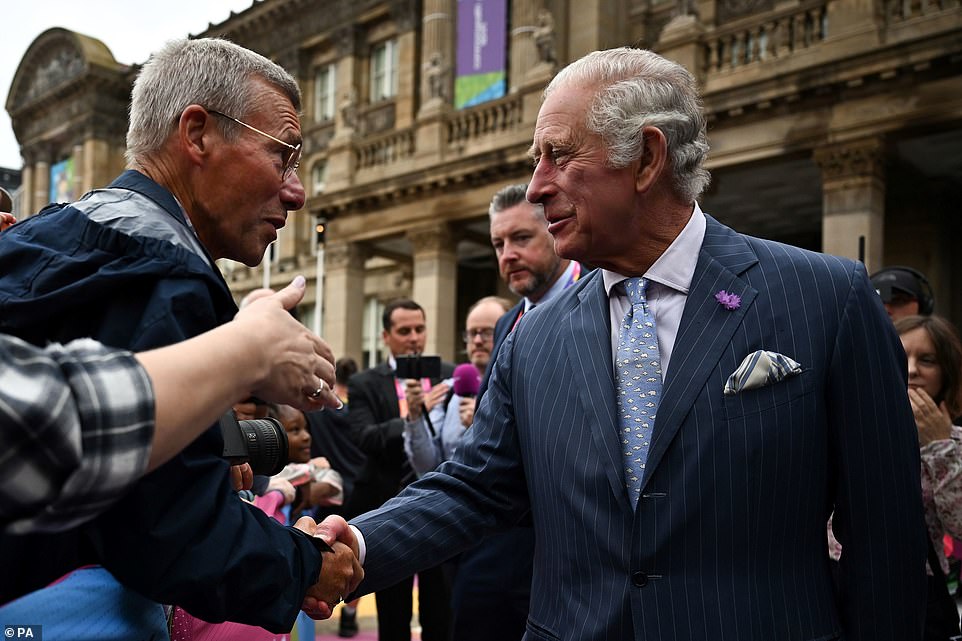 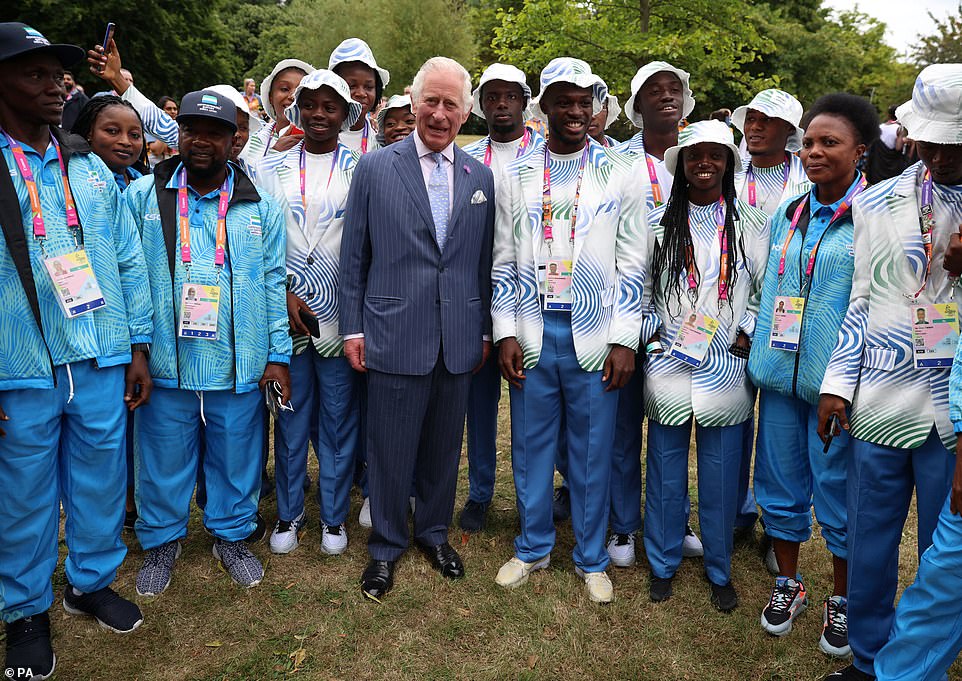 The Prince of Wales poses for a picture with athletes and members of the Sierra Leone team at Athletes Village, Birmingham 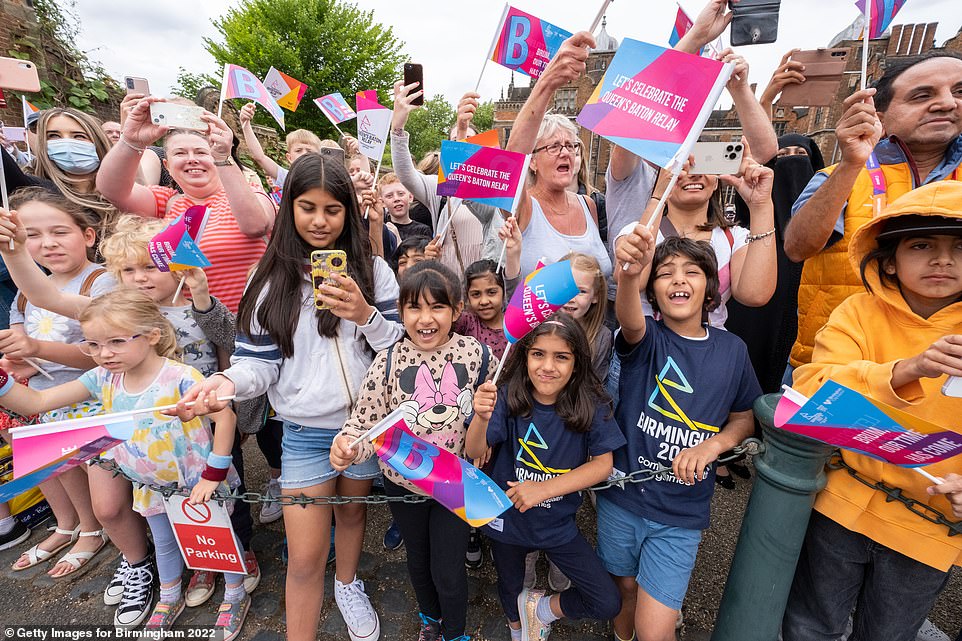 The Queen’s Baton Relay is touring England for 25 days in a celebration of sport, culture and communities during the final countdown to the Birmingham 2022 Commonwealth Games (crowds pictured in Birmingham on Thursday) 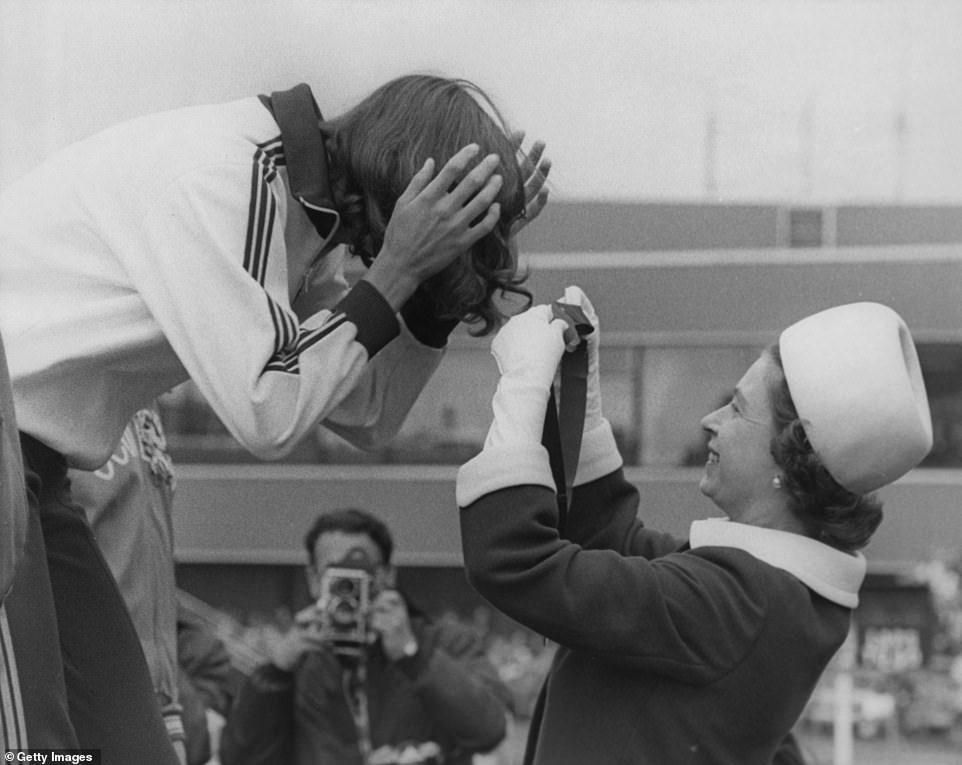 The Queen is known to hold the Commonwealth Games extremely close to her heart. Here she is pictured getting the ribbon entangled in the hair of Debbie Brill of Canada, as she presents her with the gold medal for the High Jump at Meadowbank Stadium, during the British Commonwealth Games in Edinburgh in 1970

Which events will the Royals be attending in the Commonwealth Games?

The Prince of Wales, accompanied by the Duchess of Cornwall, will represent The Queen at the opening ceremony.

The Earl and Countess of Wessex will also attend the ceremony, with Prince Edward being their in his capacity as vice-patron of the Commonwealth Games Federation.

At the ceremony Prince Charles will give a speech at the Alexander Stadium in Birmingham, delivering a message from Her Majesty in the process.

The Earl and Countess of Wessex will attend a series of sporting events, the details of which will be released in due course.

Anne, the Princess Royal, will visit the Commonwealth Games Athletes’ Village at Warwick University where she will meet athletes competing in the games.

She will then watch the Rugby Sevens at Coventry Stadium, where she will see the following matches: England vs Samoa; South Africa vs Malaysia; Scotland vs Tonga; and Canada vs Wales.

The Duke and Duchess of Gloucester will watch cycling at Lee Valley Velopark in London, being in attendance for the 4,000m Individual Support and presenting the winning athletes with their medals.

The Earl and Countess of Wessex will return to Birmingham to watch events in the city between Monday and Wednesday.

The Duke and Duchess of Cambridge, along with the Earl and Countess of Wessex, will attend the games.

The Earl of Wessex will attend a series of fixtures at the Commonwealth Games, as well as meeting and thanking volunteers and support staff involved in running the events. He will then attend the closing ceremony on Monday, August 8, delivering a speech at the event.

Excitement surrounding the Queen’s secret message, hidden inside a baton used in the traditional baton relay, built throughout Thursday evening.

The official Commonwealth Sports Twitter account tweeted: ‘The wait is almost over. We finally get to hear Her Majesty’s Commonwealth Games message at tonight’s opening ceremony following it’s 90,000 mile journey around the Commonwealth. Don’t miss it!’

The Duke and Duchess of Cornwall will open the games in her place for the third time in Birmingham later this evening, aided by The Earl and Countess of Wessex – Prince Edward is Vice-Patron of the CGF.

Prince Charles previously opened the games in Her Majesty’s place when they were held in India in 2010 and Australia in 2018.

The Alexander Stadium ceremony is expected to be watched by around 1billion people worldwide.

This year’s event are set to see a bumper turnout from members of the Royal Family as they are being held on home ground for the first time since 2014 – and a decade on from the London Olympics.

30,000 fans will pack into the Alexander Stadium in Birmingham this evening to catch a glimpse of the Royals and watch the opening ceremony get underway.

Headlined by the iconic Duran Duran, the ceremony will also see Tony Iommi of Black Sabbath take to the stage, alongside local rising stars Indigo Marshall and Gambimi.

More than 700 people from 15 musical groups from across the West Midlands will be performing tonight and the national anthem will be sung by Birmingham Conservatoire graduate Samantha Oxborough.

The London Olympics’ opening ceremony was well received and highly praised around the world, but the theatre director Iqbal Khan who created Birmingham’s show believes he has created an event just as entertaining.

‘I don’t feel in the shadow of the Olympics at all. I feel like we have a comparable and massively entertaining, moving, challenging show to share with the world,’ he said.

‘The Olympics was extraordinary for this country, but we refuse to be overwhelmed by that. We take that as inspiration.’

It comes as a heart-warming video celebrating the best of Birmingham was released today as excitement builds for the opening ceremony of the Commonwealth Games tonight – after outgoing prime minister Boris Johnson insisted they are worth the £778 million taxpayer investment, even as the country faces a cost-of-living crisis and soaring inflation.

The two-minute clip features a host of icons from the West Midlands city, including comedian Lenny Henry, actress Julie Walters and Good Morning Britain’s Alison Hammond, as they describe Brum as the ‘beating heart of England’.

The fictional Thomas Shelby from Peaky Blinders, played by actor Cillian Murphy, also makes an appearance to declare: ‘This is our city’, before the video ends with him saying: ‘We’ll raise the roof!’, in a clip taken from the hit TV series.

The ceremony is being masterminded by Steven Knight, the creator of Birmingham-based Peaky Blinders. 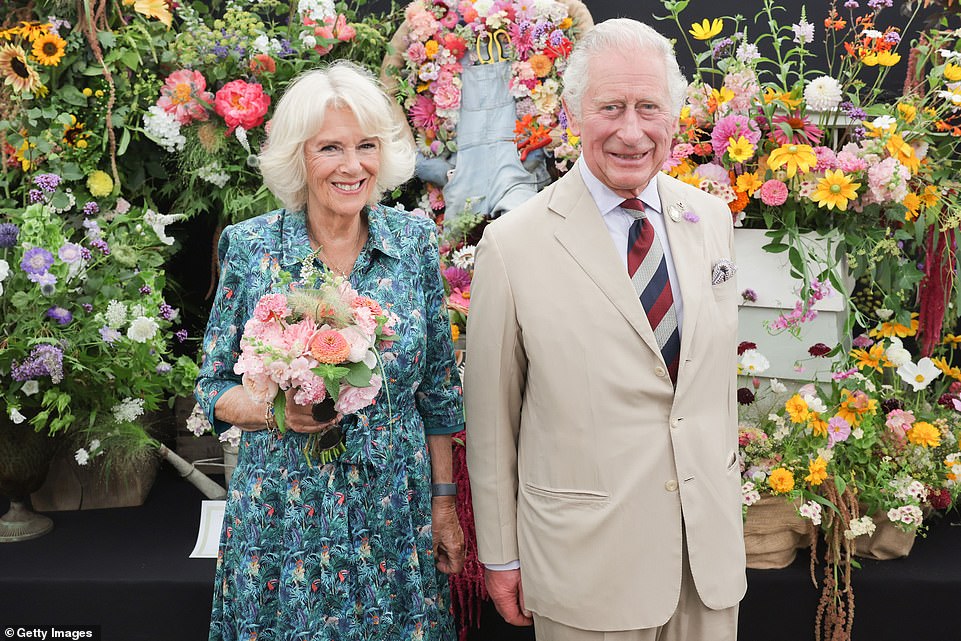 It was announced last week that the Queen will not attend the opening ceremony. Instead, Prince Charles and his wife Camilla will be there in her place. Prince Charles will give a speech and deliver a message from his mother 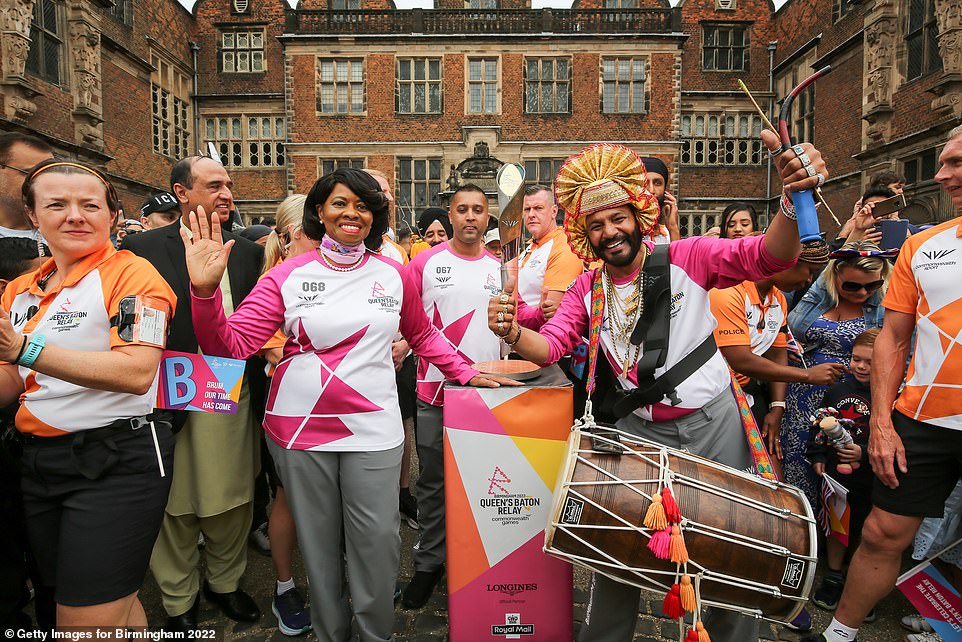 Excitement has long been building for the Games, which were last held in the UK in 2014, in Glasgow. More than 5,000 athletes from 72 nations will compete in 280 events across 19 sports. (Pictured: Baton bearers Dr Beverly Lindsay OBE, Darnish Amraz and King Gurcharan Mall with the Queen’s Baton during the Birmingham 2022 Queen’s Baton Relay visit to Aston Hall on July 28, 2022, Birmingham) 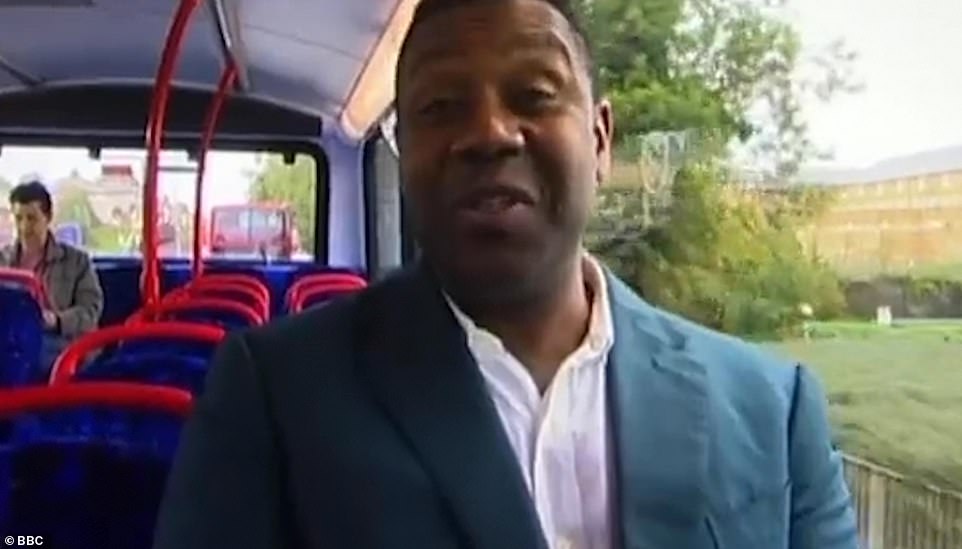 A heart-warming video celebrating the best of Birmingham was released today as excitement builds for the opening ceremony of the Commonwealth Games tonight. Comedian Lenny Henry, who features in the two-minute clip, is pictured above 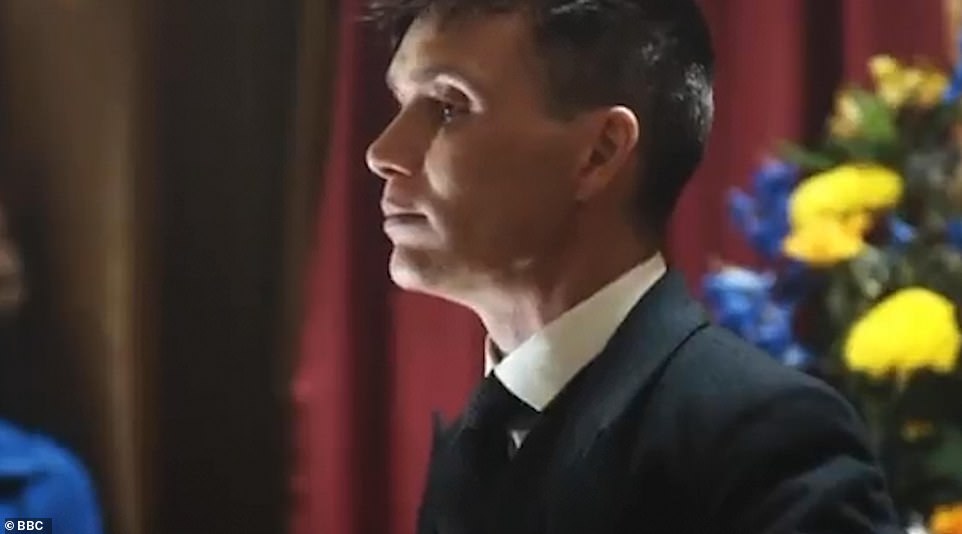 The fictional Thomas Shelby from Peaky Blinders, played by actor Cillian Murphy, also makes an appearance to declare: ‘This is our city’, before the video ends with him saying: ‘We’ll raise the roof!’, in a clip taken from the hit TV series 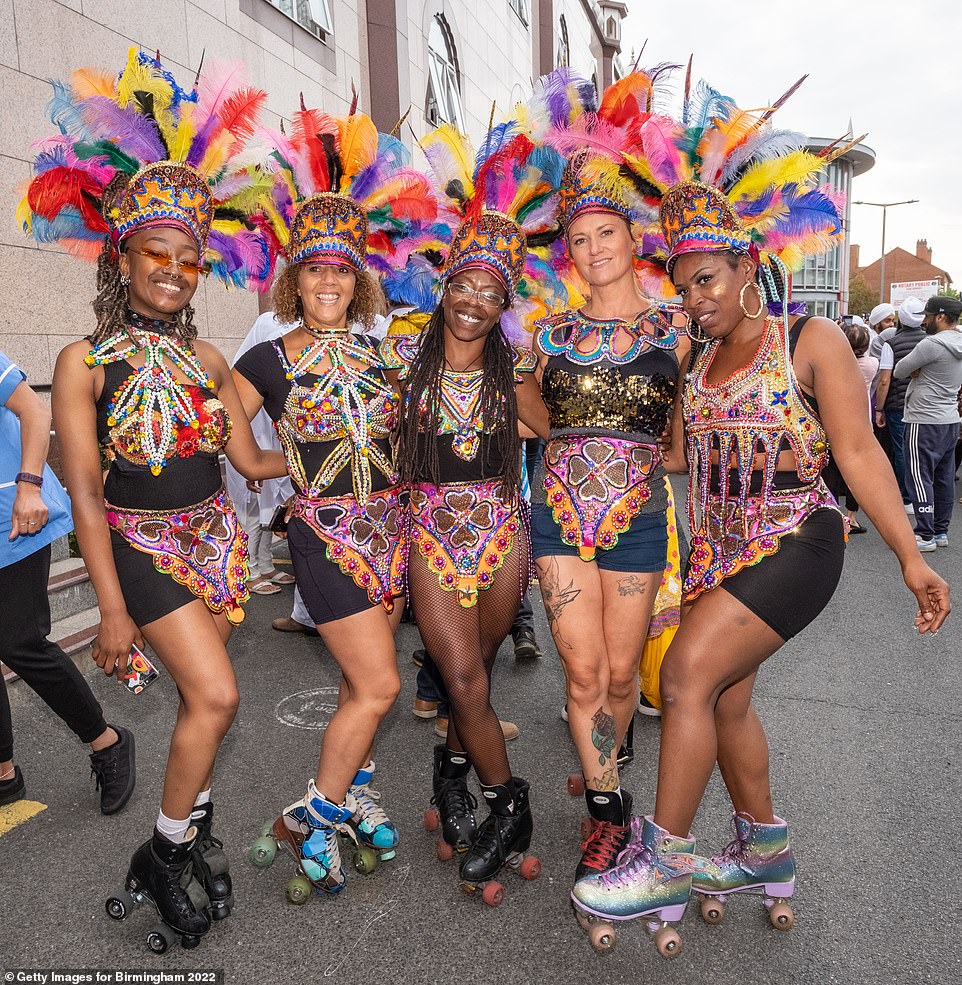 As the host nation, Team England will be the last country to walk out at the ‘Parade of Nations’ at tonight’s ceremony. The first will be Australia, after the last Games were held in the Gold Coast in 2018.

The Birmingham Games promises a jam-packed lineup, with plenty of new sports and disciplines added into the mix. Women’s cricket is a new addition to the schedule, alongside 3×3 basketball and mixed synchronised diving.

A total of 15 venues across the West Midlands have been selected to hold different sporting events, including the famous NEC Arena in Birmingham city centre and Coventry Stadium – home to the Wasps rugby team and Coventry City FC.