Large wildfires outside Denver destroyed at least 580 homes, forced the evacuation of 30,000 and sent six people to hospitals as fire crews prepare to further assess the destruction Friday morning.

Reports from the scene described a ferocious blaze that became more devastating because the area is bone dry and it spread with the help of 105 mph wind gusts.

“The end won’t come until the wind subsides,” Joe Pelle, the Boulder County sheriff, said. “This is the kind of fire you can’t fight head-on. We actually had deputy sheriffs and firefighters in areas that had to pull out because they just got overrun.” 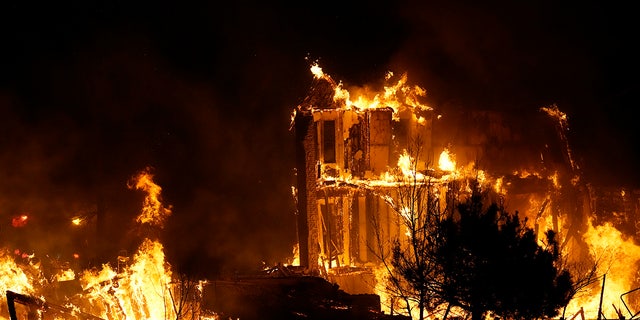 Homes burn as a wildfire rips through a development near Rock Creek Village, near Broomfield, Colorado.
(AP Photo/David Zalubowski)

KDVR reported that state officials have already said the Marshall fire has destroyed more homes in the state than any wildfire in history. There are fears the fire could have been “twice as destructive as the Black Forest Fire” that hit the state a decade ago.

The Associated Press reported that the area most impacted is in between Denver and Boulder, a foothills college town home to the University of Colorado. Avista Adventist Hospital, which is located in Louisville, was forced to evacuate patients to another facility as the fire neared, the Denver Post reported. 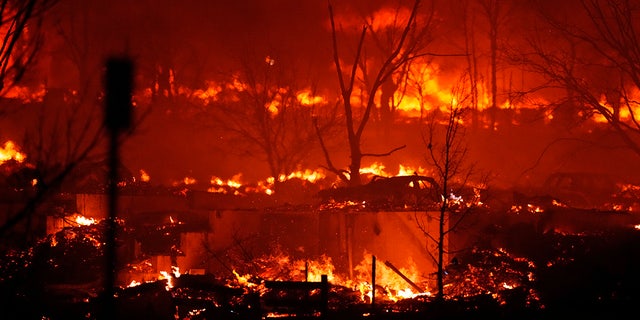 A major snowstorm will be hitting the area on Friday “bringing the biggest snowfall of the season” for the Denver area, according to CBS Denver. The areas impacted by the fires could see 5 to 10 inches of snow. 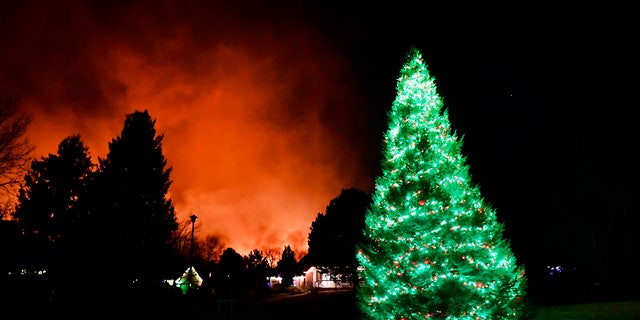 Officials in Boulder estimated that the fire grew to 1,600 acres in Louisville, Superior and other unincorporated parts of the county. Evacuations were ordered for the two cities, which are located about 20 miles northwest of Denver.

The Post reported that entire neighborhoods were engulfed in flames and residents were “literally watching it burn,” according to Clint Folsom, the mayor of Superior.

“It was surreal,” AJ Lauer, 38, of Superior, told the Colorado Sun. “It felt like in a year of apocalypses, here we are having our own personal apocalypse right in the neighborhood.”

A nearby portion of U.S. Highway 36 also was shut down. Tens of thousands of residents were forced to evacuate their homes. COVID-positive individuals were told to evacuate to Mt. Calvary Lutheran Church, CBS Denver reported.

Ninety percent of Boulder County is in severe or extreme drought and hasn’t seen substantial rainfall since midsummer. Downed power lines are believed to have sparked fires in the area.

Keith Musselman, a snow hydrologist, told the Associated Press that if there was snow on the ground the major fire “would not have happened the way that it did.” He said the snow will bring substantial relief.