Families and officials in Colorado began returning to their towns that were ravaged by last week's wildfires.

Gov. Jared Polis said in a news conference Sunday that over 1,000 homes were destroyed in the fires, which started on Thursday, and many more were damaged. The governor didn't have an exact figure on how many people were affected but said it was in the "thousands."

Over the weekend, some families returned home and got a firsthand look at the damage. Burned cars and scorched homes were covered in snow.

"For many, this seems like a surreal experience," Polis said. "It's a shock, and the reality hasn’t even set in for a lot of people." 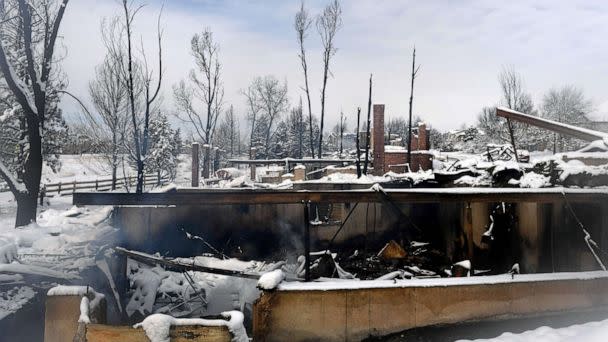 Polis added that residents will have a long road ahead of them.

As of Sunday afternoon, only two of the 35,000 people who were evacuated from their homes are unaccounted for, according to officials.

One of the missing persons is a woman from Superior, Colorado, who was reported missing by her family, and the other is a man near Marshall, according to the Boulder County Sheriff's Office.

The sheriff's office said it has been "a very difficult search" since the locations are still deep in debris and snow. 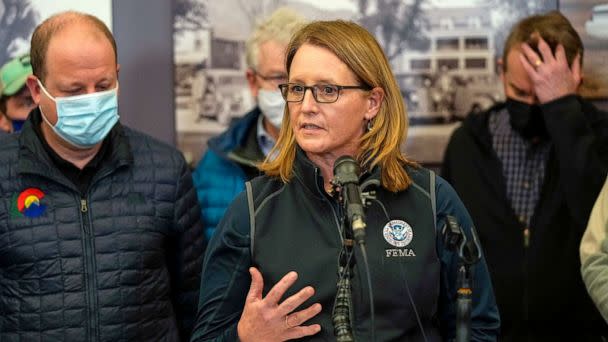 Xcel Energy Colorado said that natural gas service has been restored for 1,200 customers in the Superior and Louisville areas, and more households will see service restored by Tuesday.

Deanne Criswell, director of the Federal Emergency Management Agency and a former Colorado firefighter, surveyed the damage Sunday and reiterated support from the federal government. There were already 100 FEMA agents on the ground in the area, according to Criswell.

"That number will grow over the coming days and weeks," she said during the news conference. 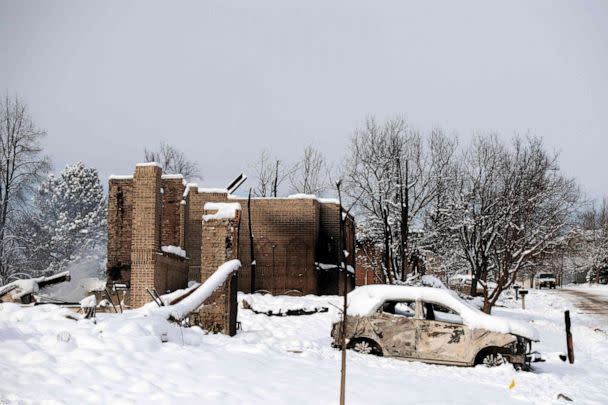 Polis said abnormal weather was a factor, as dry grassland fueled the fire.

"Most times around Christmas and New Year's, we would be under 6 inches or a foot of snow," the governor said.

Polls said historic wind gusts of up to 110 miles per hour caused the fire to spread through several counties.