In viral footage shared on Twitter by Outriders journalist Hanna Liubakova, the chimp, named Chichi, can be seen exploring the streets of Kharkiv. The video was shared on Tuesday, September 6, and has been viewed more than one million times.

Ms Liubakova said: “In Kharkiv, a chimpanzee escaped from a zoo. It was walking around the city while zoo employees tried to convince it to return.

“Suddenly it started to rain, and the ape ran to a zoo employee for a jacket and then agreed to return to the zoo.”

In the video, Chichi is seen running into a park before a zoo employee in a yellow raincoat sits with the chimp in an attempt to convince her to return to the zoo.

After she sits with the chimp, the video cuts to Chichi running towards the employee as she holds out her yellow jacket as it begins to rain. 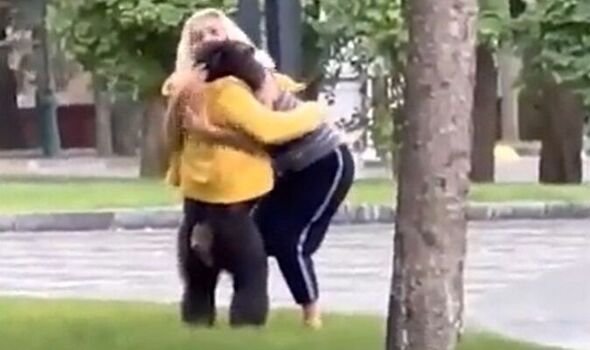 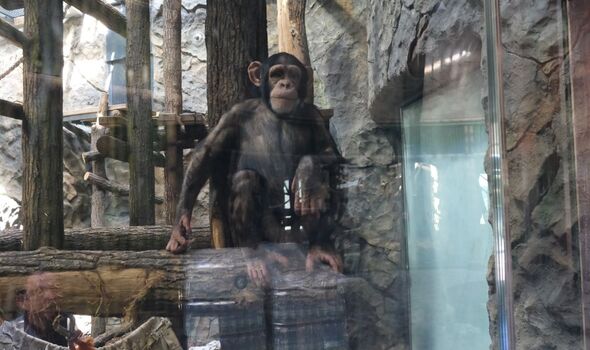 The chimp reaches her and turns and slips one arm into the jacket, although she requires some help from the employee to get the coat on properly.

The footage then shows three people pushing a bicycle while Chichi rides along on top of the bike back to the zoo.

The video brought a rare moment of joy to a city which is under daily bombardment by Russian forces. 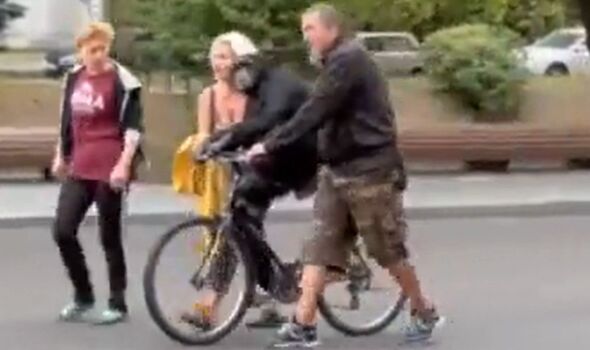 Chichi was moved from her original home at Feldman Ecopark, which is directly on the frontlines in the outskirts of Kharkiv.

She was lucky to make it out alive as more than 100 animals were reportedly killed there, according to the owner – businessman Oleksandr Feldman.

Many were evacuated, however, six volunteers were killed in the shelling trying to help the animals escape, said Mr Feldman.

Russian soldiers also reportedly stole vegetables which were meant to be used to feed the animals.

Chichi was moved to the Kharkiv city zoo, which is in a more central location, less subject to shelling. 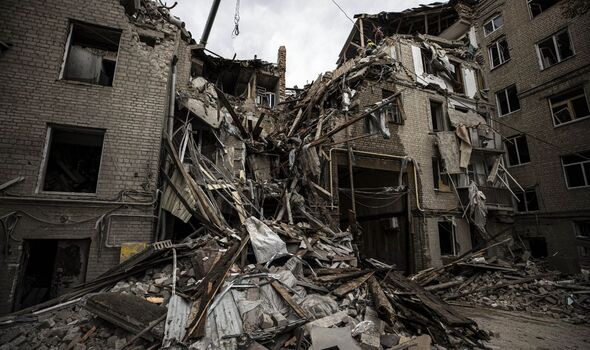 However, the city has been subjected to nearly nonstop attacks since the start of the war. Last week four people were killed when a rocket landed in central Kharkiv.

On Facebook, the zoo gave an update about the situation there.

It said: “The zoo is closed to visitors, but the care of the animals does not stop.

“The war is causing terrible stress for the animals, so some of them have been moved to indoor enclosures and underground galleries. Veterinarians monitor their emotional state and, if necessary, provide a sedative.”