London: As a librarian at the prestigious Cambridge University, Jessica Gardner is used to receiving mail.

But there was something different about the parcel she received on March 9, which was left in a public area of the library outside her office. It would set her heart racing, cause tears to well in her eyes, and leave her shaking with joy but also disbelief. 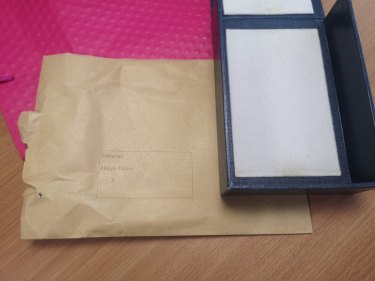 Inside a bright pink gift bag was a dark blue, but empty, archive box. Its priceless contents were wrapped separately in cling film and sealed in a brown paper envelope with the following typed words: “Librarian. Happy Easter. X”.

“Inside that envelope was what we’d all been looking for so many years,” Dr Gardner told The Sydney Morning Herald and The Age.

They found two notebooks that belonged to Charles Darwin and contained his 1837 Tree of Life sketches, his first use of the metaphor to convey evolution.

They were removed from the Special Collections Strong Rooms, which contains the library’s rarest and most valuable items, for photographing between September and November 2000. 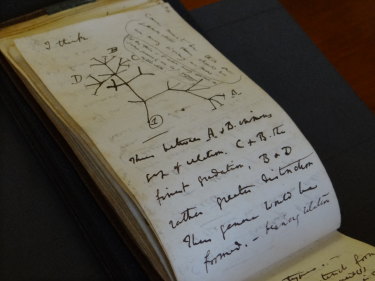 In January 2001, routine checks revealed they were missing. For years it was thought they had been misplaced in the library.

But when Gardner became a librarian at Cambridge University in 2017, she ordered a major review of the notebooks’ disappearance and concluded that they had been stolen.

“That was devastating,” she said. She launched a global public appeal seeking their return.

“It’s been two decades since they went missing and then the public appeal went out in November 2020 and 15 months later here we are. 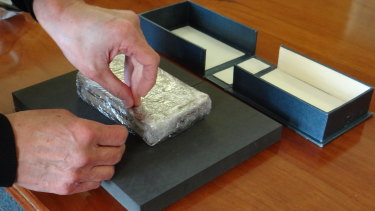 “It’s because of that public appeal that I’m absolutely sure that the notebooks have been safely returned,” she said.

But the celebration was not immediate.

“We couldn’t open those until we had permission from the police. When they gave us permission, our head of conservation, Jim Bloxom, with very steady hands took the role of opening up the actual parcel and began to reveal for the first time in a long time that these were the actual notebooks,” Gardner said.

“I did have tears in my eyes. I’ll be honest. My heart was just racing because of course I’d never seen this before, they were missing when I came into the job. 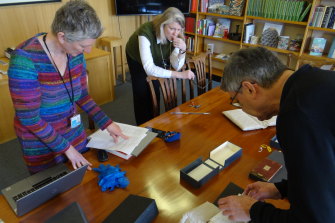 “I was shaking, just joyful but also not quite believing this because until we could authenticate them, you just can’t be 100 per cent sure.

“But when Jim began to open up the parcel and turn the pages we were able to see that every single page was there.

“Everything that should be there is there and they are in good condition.”

The library has subsequently authenticated the veracity of the notebooks. 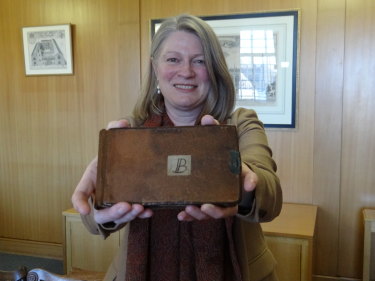 “There’s absolutely no doubt in my mind these are the original notebooks, precious Charles Darwin notebooks and they’re now home,” she said.

Cambridgeshire Police declined to be interviewed but a spokesman said their investigation remained open and that they were following up “some lines of inquiry”.

Despite disappearing the last time they were brought out of safekeeping, the notebooks will go on show this July in a major Darwin exhibition the library had planned long before the books were returned.

And Gardner says the security and surveillance of the books will be strict and constant.

“We don’t know what went wrong two decades ago; theft is rare,” she said.

“It’s hard to let these out of my sight now but they are tucked up safely where they should be in our strong rooms,” she said.

And for those who can’t make it to Cambridge, the notebooks will be re-digitised and shared open source.

“We’re going to do them again to the highest possible standards you get in the 21st Century,” she said.