The body of a British humanitarian worker who was captured by Putin’s henchmen in April has been returned to Ukraine after suffering ‘possible unspeakable torture.’

Paul Urey, 45, is reported to have died in Russian detention in July after having suffered ‘illnesses’ and ‘stress.’

But the corpse revealed signs of torture and was missing body parts, Ukrainian officials told The Sun. 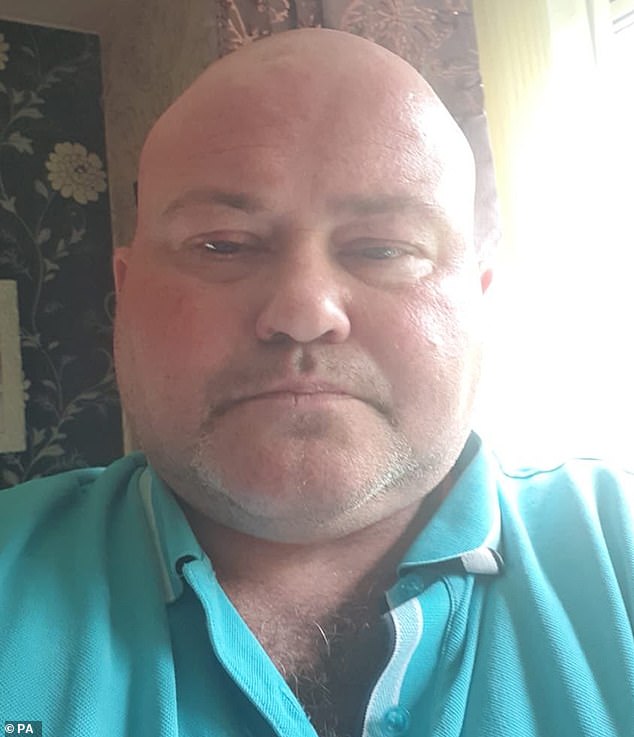 The body of a British humanitarian worker Paul Urey, who was captured by Putin’s henchmen in April, has been returned to Ukraine after suffering ‘possible unspeakable torture’

Mr Urey, of Warrington, Cheshire, was detained at a checkpoint in Zaporizhzhia, Ukraine in April and was accused of being a mercenary.

The father-of-two was reported dead in July, over ten weeks after he had been in held captivity by separatists in the Donetsk region.

Russian officials alleged Mr Urey, who had type 1 diabetes and required insulin, had died due to chronic illness and depression.

However, upon receipt of his body, Ukrainian authorities suggest he was tortured, echoing prior claims made by the Briton’s loved ones.

‘Russians have returned the body of a British humanitarian worker Paul Urie whom they captured in April and reported dead due to “illnesses” and “stress” in July. With signs of possible unspeakable torture,’ Mr Kuleba tweeted on Wednesday.

‘Detaining and torturing civilians is barbarism and a heinous war crime.’

Mr Kuleba dded: ‘I express my deepest condolences to relatives and close ones of Paul Urie. He was a brave man who dedicated himself to saving people.

‘Ukraine will never forget him and his deeds. We will identify perpetrators of this crime and hold them to account. They won’t escape justice.’ 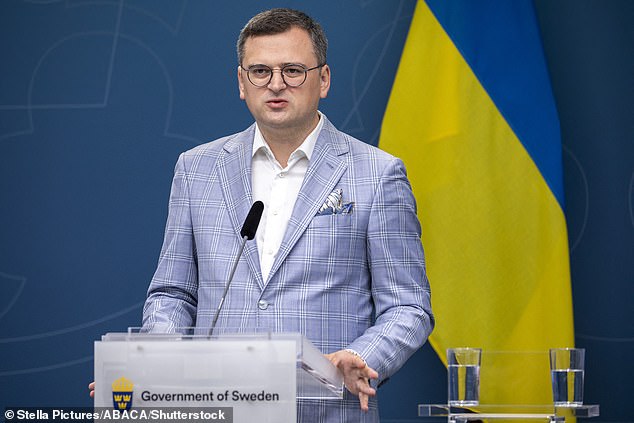 Ukraine’s foreign minister Dmytro Kuleba (pictured in August) announced on Wednesday that ‘Russians’ had returned Mr Urey’s body to the nation, but the corpse revealed signs of torture

Mr Urey’s sister, Lyndsey Coulton, alleged back in July – after being notified of his death – that her brother had been tortured in captivity.

‘[The Russians] did something to him, I think they tortured him,’ she said at the time. ‘Officially he died due to chronic illness and depression, but I don’t think it was that.’

Ms Coulton added: ‘More could have been done to save him. Why wasn’t he part of a prisoner swap?’

Vladimir Osechkin, founder of anti-torture group Gulagu, supported her claims and said his death echoed those of others tortured in Russian jails.

‘Our source said from 28 April 2022 [Paul Urey] was kept in Donetsk torture pre-trial detention centre, where torture experts from FSIN (the Russian penitentiary system) and FSB (the Russian secret service) worked with him,’ he said.

‘The Briton suddenly got colossal health issues, related to disrupted work of kidneys and other vital organs. Exactly the same diagnoses are given by Russian prison doctors to those who are tortured to death in jails.’ 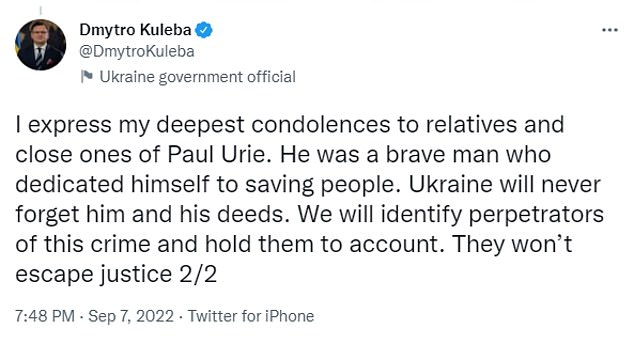 Mr Urey, from Culcheth near Warrington, had been working for humanitarian organisation the Presidium Network, seeking to rescue women and children from Ukrainian villages near the frontline.

His death triggered a furious diplomatic dispute between the UK and Russia.

Prior to his death, Mr Urey was held in Ukrainian territory occupied by pro-Russian separatists. They had set up a people’s republic and pledged allegiance to Moscow.

Donetsk People’s Republic (DPR) official Daria Morozova claimed that ‘British representatives ignored the possibility of negotiating his return’ and alleged they ‘did not provide the necessary medical supplies through the Red Cross’.

Then-Foreign Secretary Liz Truss led a chorus of outrage after his death, saying: ‘Russia must bear full responsibility. He was helping Ukrainian people in the face of the unprovoked invasion. Those responsible will be held to account.’

Now-Prime Minister Truss has not made a public statement about Mr Kuleba’s report that the humanitarian worker suffered ‘possible unspeakable torture.’

Her office also did not immediately respond to Mail Online’s request for comment.