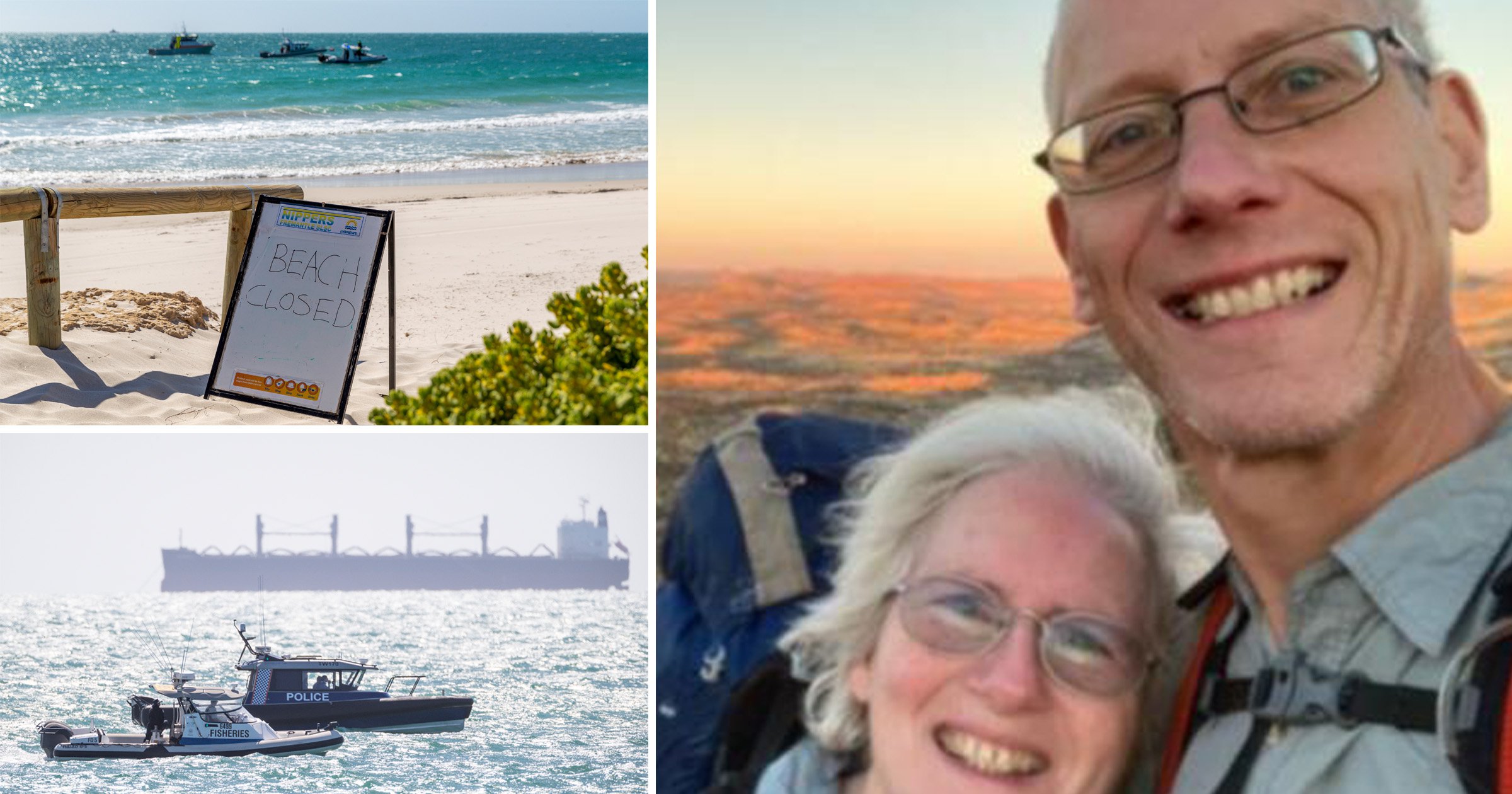 A British man has died after being attacked by a shark in Western Australia.

Paul Millachip, 57, was bitten off the coast near Perth on Saturday morning – with his wife and adult children on the beach.

Two teenagers on a boat witnessed the incident and were praised for their ‘heroics’ at Port Beach.

Police have now called off the search for Mr Millachip, who had been swimming at the time of the attack.

His wife, who asked for her name not to be published, explained: ‘It came out of the blue.

‘But it did happen, you just have to deal with it.’

When the shark attacked for a second time, the teenagers raced their boat and alerted other swimmers to get out of the water.

Police said earlier that the attack may have involved more than one shark, but witnesses said it appeared to be one four-and-a-half-metre (15-foot) great white.

Officers added that there was an extensive marine search for the father-of-two, which turned up a pair of goggles believed to belong to him.

The most recent fatal shark attack in Australia was on September 5 in New South Wales state on the eastern coast.