Sao Paulo: The Brazilian Amazon rainforest has recorded the worst fires in the month of August in more than a decade, government data showed, surpassing blazes that drew global attention in 2019.

Experts blame President Jair Bolsonaro for rolling back environmental protections, opening the way for loggers and farmers to illegally clear more of the rainforest.

National space research agency INPE registered 31,513 fire alerts in the Amazon via satellite in the first 30 days of the month, making it the worst August since 2010, when fires totalled 45,018 for the full month. 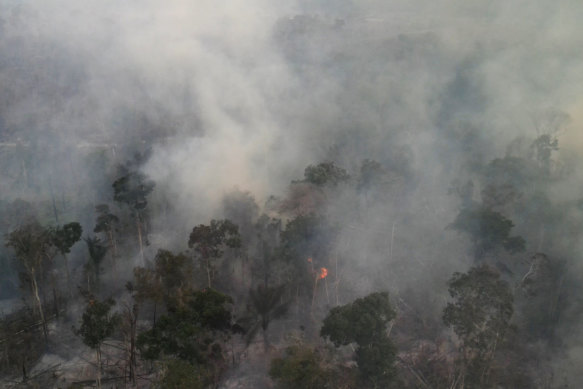 Most of INPE’s Amazon fire alerts in an average year come in August and September – considered the burning season in the region, when rains often subside allowing people to set fire to clear land.

With one day left in August, fires were already up 12.3 per cent from August 2021 and roughly 20 per cent above the average for the same period in the INPE data series since 1998.

The uptick comes ahead of an October presidential election with leading candidates sharply at odds over destruction of the rainforest.

The front runner, leftist former President Luiz Inacio Lula da Silva, has vowed tougher protection of the Amazon and blasted the right-wing incumbent Bolsonaro for letting deforestation of the biome hit a 15-year-high. The map below shows the fire situation in the Brazilian Amazon in August 2019.

Bolsonaro advocates for the development of parts of the Amazon, including “allowing the exploration of mineral, water and organic resources in indigenous lands”.

Lula, who is leading Bolsonaro in the polls ahead of the presidential election next month, wants to build an alliance that would help developing countries preserve their forests and pressure rich countries to contribute to the costs. 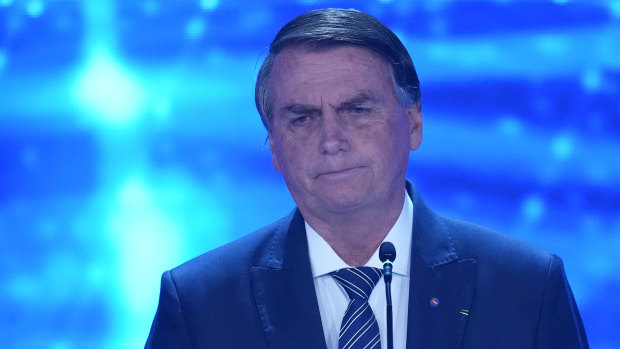 Lula’s aides are reaching out to Indonesia and the Democratic Republic of Congo to form a united front of countries with the most tropical rainforest at this year’s UN climate talks if the leftist wins a new term.

The UN Climate Change Conference, or COP27, will be held in Sharm El Sheikh, Egypt, in November.

Lula’s idea is to build an alliance – which could later be expanded – to push for resolutions to help developing countries preserve their forests and pressure rich countries into contributing to the cost, a top aide said.

Bolsonaro’s office and the Environment Ministry did not immediately respond to requests for comment.

Preliminary data showed that deforestation of the Brazilian Amazon in the first seven months of this year totalled an area roughly seven times the size of New York City – the most for the period in at least six years.