The decision was made Monday by Anvisa’s five-strong board which voted unanimously not to approve the vaccine after technical staff had highlighted ‘inherent risks’ and ‘serious’ defects, citing a lack of information guaranteeing its safety, quality and effectiveness.

Ana Carolina Marino, general manager for health monitoring, said that taking into account all the documentation presented, data acquired at in-person inspections and information from other regulators, ‘inherent risks’ were too great.

Brazil sent Anvisa inspectors to Russia in early April to review seven factories where the Sputnik vaccine is produced, but were only given access to three of the sites, according to Brazilian online news portal G1. 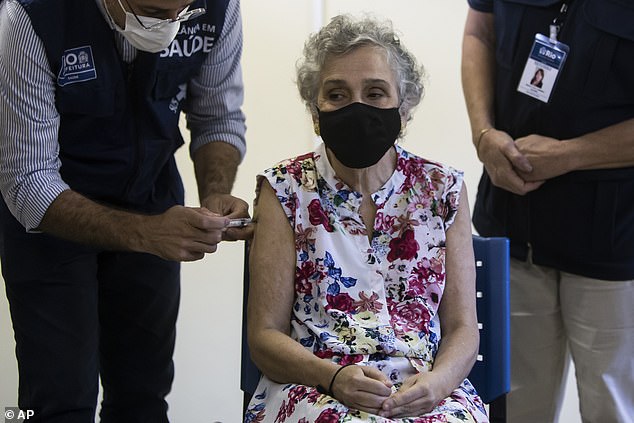 Olivia das Flores receives a dose of the Oxford-AstraZeneca vaccine for COVID-19 on Sunday in Rio de Janeiro, Brazil, as part of a priority vaccination program for people with disabilities. On Monday, Anvisa, the country’s health regulatory board, held a five-hour meeting and rejected importing 30 million doses of Russia’s Sputnik V coronavirus vaccine, saying inspectors found ‘inherent risks’ and ‘serious’ defects with the immunization shot 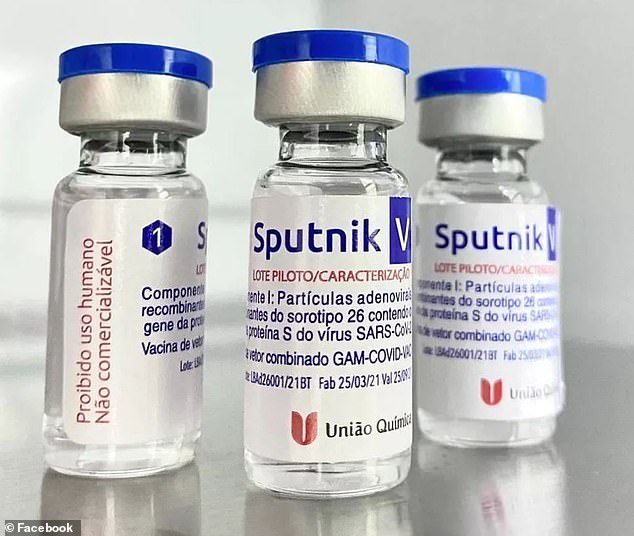 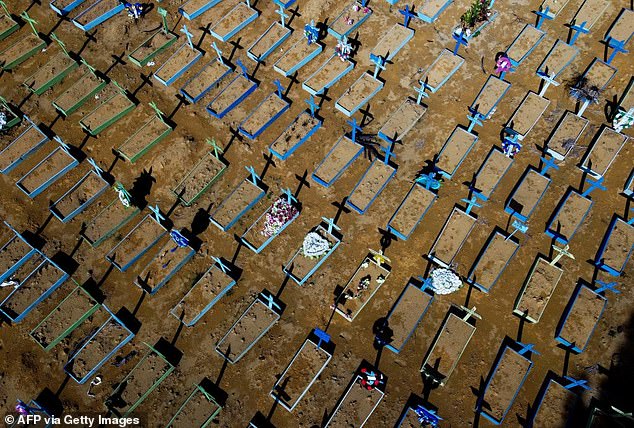 An April 15 aerial view of graves of COVID-19 victims at the Nossa Senhora Aparecida cemetery in Manaus, Brazil. As of Tuesday, data fro John Hopkins University showed that the South American nation had registered 14,369,423 confirmed cases and 391,936 deaths

Marino said that Russian Direct Investment Fund (RDIF), which markets the Sputnik V vaccine abroad, also attempted to cancel in-person inspections and did not grant Anvisa technicians permission to access the Gamaleya Institute of Epidemiology and Microbiology in Moscow.

Anvisa’s inspectors also were unable to confirm the raw materials that produced the vaccine shot.

The RDIF rejected Anvisa’s comments, saying the shot’s safety and efficacy had been assessed by regulators in 61 countries which approved it for use.

‘Anvisa’s decision to delay the registration of Sputnik V may have been politically motivated,’ RDIF said in a statement. ‘RDIF regrets the numerous attempts by some countries to oppose the Russian vaccine… including through pressure on foreign regulators.’

A crucial issue for Anvisa was the presence in the vaccine of the adenovirus that could reproduce, a ‘serious’ defect, according to Anvisa’s medicines and biological products manager Gustavo Mendes.

‘The presence of a replicating adenovirus can have an impact on our safety when we use this vaccine,’ Mendes said. ‘This virus, which was not meant to be replicating, can accumulate in specific tissues of the body, such as the kidneys.’

Russian scientists say Sputnik V is 97.6% effective against COVID-19 in a ‘real-world’ assessment based on data from 3.8 million people, the Gamaleya Institute and the Russian Direct Investment Fund said last week. 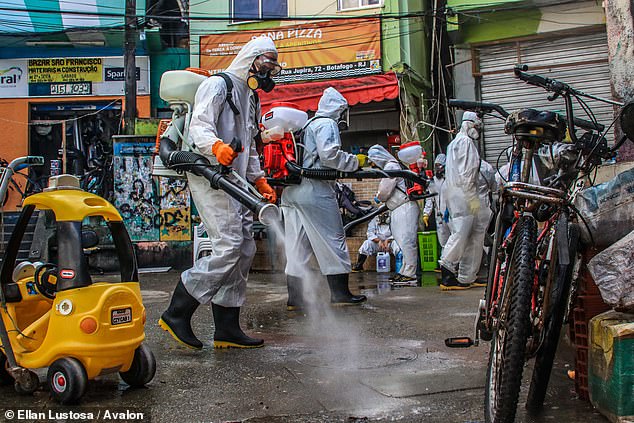 In a preventive measure to stop the coronavirus pandemic, city employees in Rio de Janeiro sanitize the streets of Santa Marta, a ‘favela’ or slum, in the Botafogo district 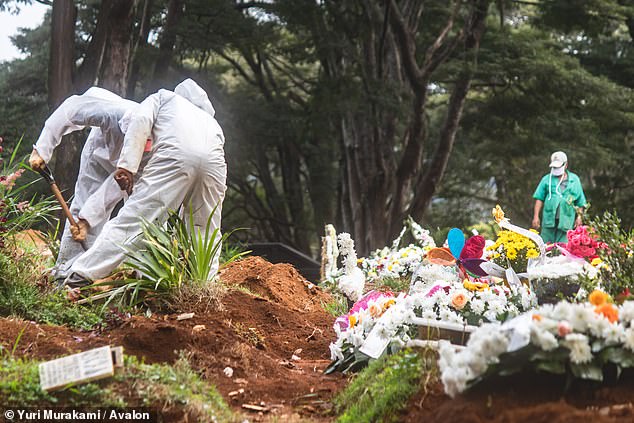 The European Union’s regulator, the European Medicines Agency (EMA), is currently reviewing the shot and its manufacturing process, with a decision on its use expected in May or June.

Brazil’s vaccination program has been blighted by delays and procurement failures, turning the country into one of the world’s deadliest COVID-19 hotspots this year and pushing the national health system to the brink of collapse.

So far 27.3 million people in Brazil, equivalent to 13% of the population, have received a first dose, according to health ministry data.

As of Tuesday, data released provided by John Hopkins University showed that Brazil registered 14,369,423 confirmed cases – third behind the United States and Indias. The South American nation has reported 391,936 coronavirus deaths since the onset of the pandemic over a year ago, much of that in the last few months.