A KILLER whale was filmed ripping out the tongue of its fellow mammal and drowning it in a furious battle to the death.

Drone footage captured the sea creature, believed to be an orca, mauling the huge 30ft grey whale as the pair clashed off the coast of California. 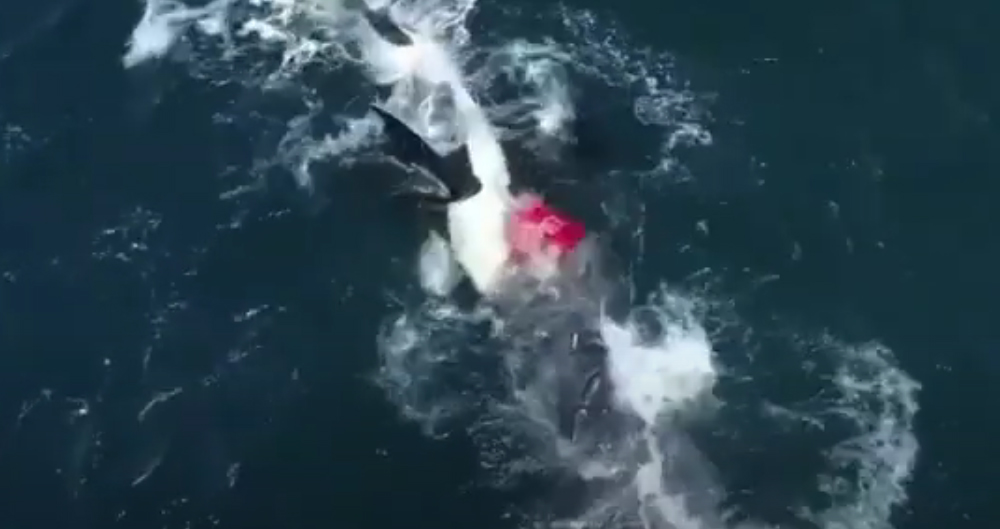 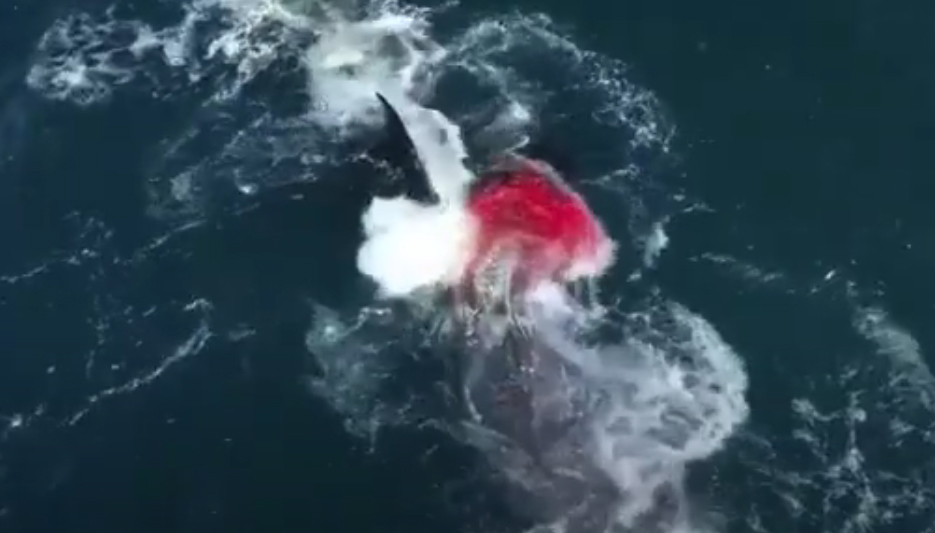 The video was taken by Monterey Bay Whale Watch – who witnessed the attack take place in April 2019.

They claim that five killer orca whales had circled the lone sea creature, before the one-on-one tussle commenced on film.

The eight-minute clip, posted on YouTube, showed the pair grappling for some time before the whales tongue was finally ripped out with a timed attack.

The grey whale is then drowned and fails to resurface as a sea of red is left in its wake.

The gruesome encounter came roughly a year before a great white shark was filmed drowning a similarly sized 33ft humpback whale – in what was described as a "strategic kill".

The whale which was reportedly off ill health, was stuck down by her prey in roughly 50 minutes as the attack evolved off the coast of Cape Town, South Africa.

“The shark was very strategic about it, there was no hesitation, it was as if she knew exactly how to go about it," marine biologist Ryan Johnson told The Times.

“The first strike was at the whale’s tail, the skinny part above the flukes where she could get her mouth all the way around.

"She managed to open a vein and blood immediately started pluming out.”

Earlier this year, Brits also recalled a horrifying attack by groups of whales as they reportedly feared for the lives.

In a Sun exclusive, a British crew said they thought their boat would sink when they were slammed by 25 orcas near the Strait of Gibraltar.

Martin Evans, 45, who lives in Greece, said: “It was an onslaught.”

“If the boat had sunk we would have been in a life raft surrounded by killer whales. That would have be drastic.”

It was the latest in a string of orca attacks in the area.

Martin said: “It felt like they had a plan and were angry.”

An expert speculated that one of the whales may have been previously hurt by a boat. 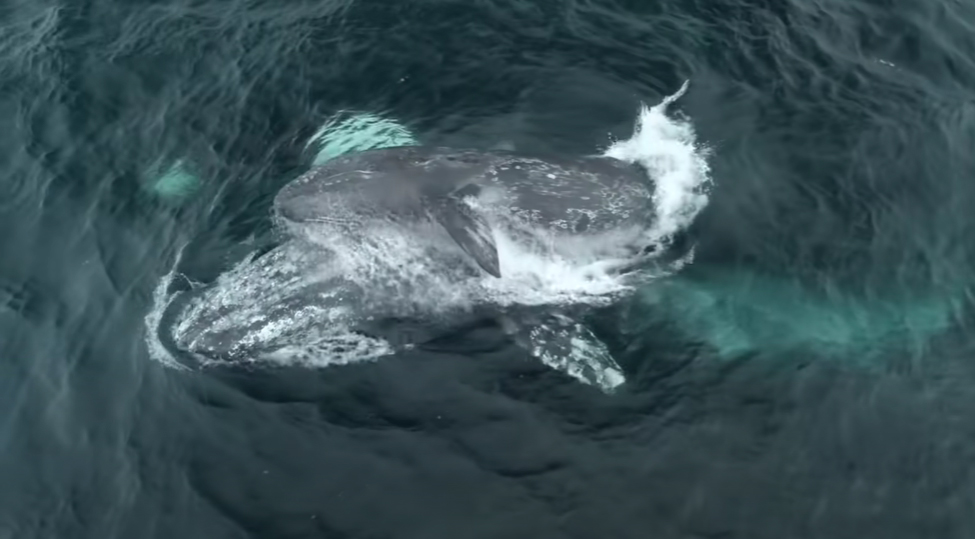 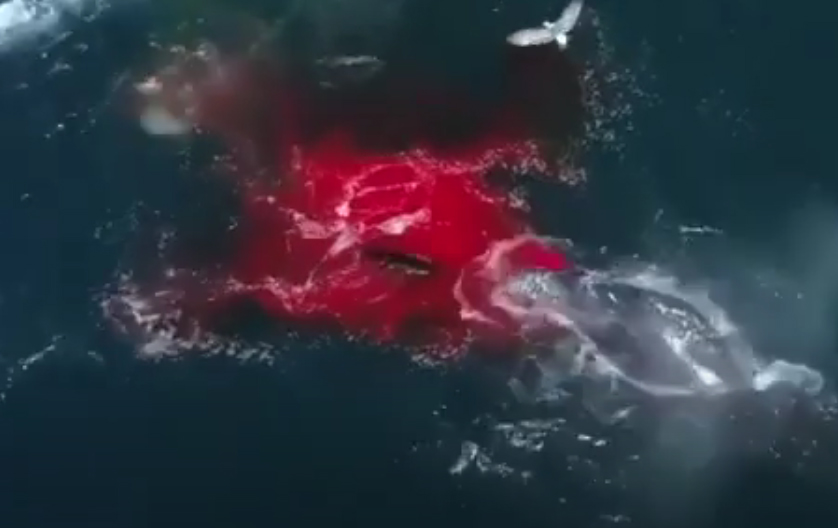