Bill Clinton laughs off his relationship with Jeffrey Epstein

‘I think the evidence is clear’: Bill Clinton laughs off his relationship with Jeffrey Epstein as he refuses to answer questions about it at Democrat rally in Texas

Bill Clinton on Monday laughed off questions about his friendship with Jeffrey Epstein, saying as he was hustled away from the questioner: ‘I think the evidence is clear.’

The former president, 76, was in Texas on Monday to campaign on behalf of Representative Henry Cuellar in Laredo, and House hopeful Michelle Vallejo in the Rio Grande Valley.

At the Laredo rally, reporter Juan Mendoza with Real America’s Voice, asked him: ‘Mr. Clinton, any comment on the allegation of your alleged connection with Jeffrey Epstein?’

Clinton laughed, and his aide appeared to hustle him from Mendoza.

‘I think the evidence is clear,’ he said as he moved away. 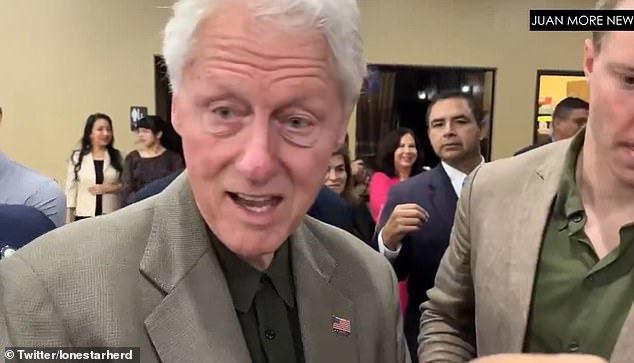 Bill Clinton, 76, was asked in Laredo, Texas on Monday about his friendship with Jeffrey Epstein 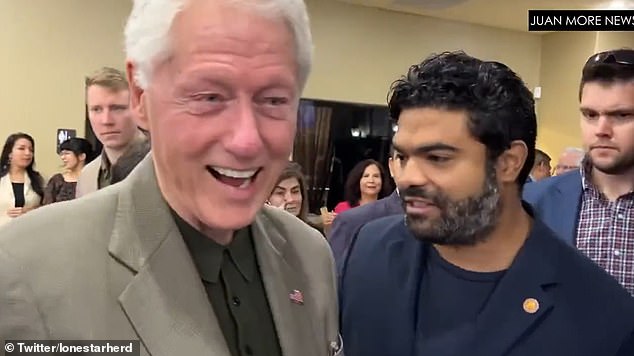 The former president immediately laughed, shocked at the question 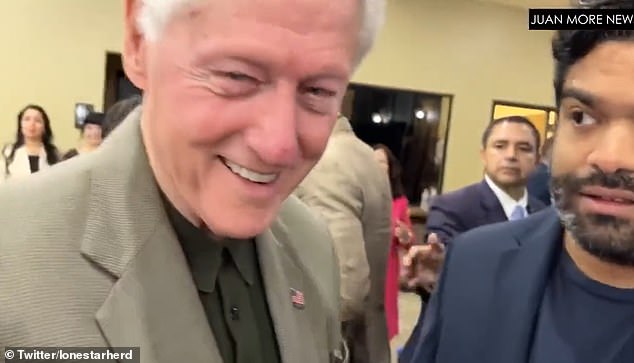 His spokesman Angel Urena (right) can be seen looking on, about to urge the president to move on following the awkward question 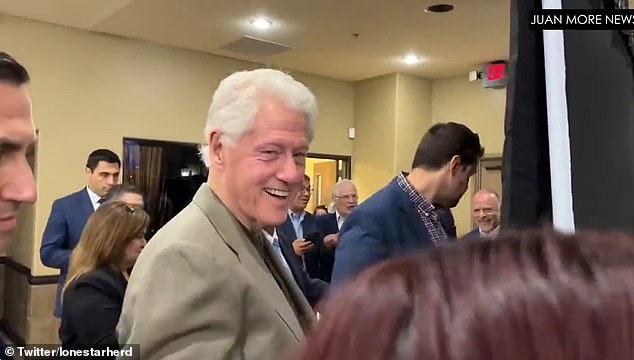 Clinton moved away, still laughing, and said over his shoulder: ‘I think the evidence is clear’

Clinton has long faced questions about his connection to the millionaire pedophile financier, who hanged himself in jail in 2019, awaiting trial on charges of sex trafficking of minors.

Clinton invited Epstein to the White House, with the mysterious money man visiting at least 17 times between 1993 and 1995, according to logs obtained by DailyMail.com.

The former president also flew several times on Epstein’s private jet, dubbed ‘Lolita Express’ for all the underage girls who were present on the flights.

Maxwell was sentenced in June to 20 years in prison for conspiring with Epstein to sexually abuse minors.

Clinton has never commented publicly on their friendship. 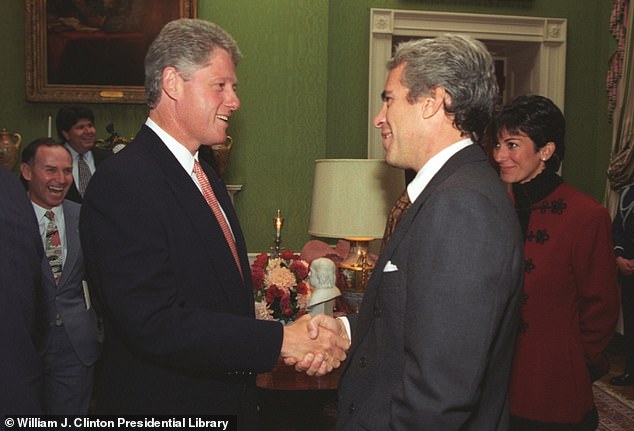 Clinton, Epstein and Ghislaine Maxwell are pictured inside the White House in 1993 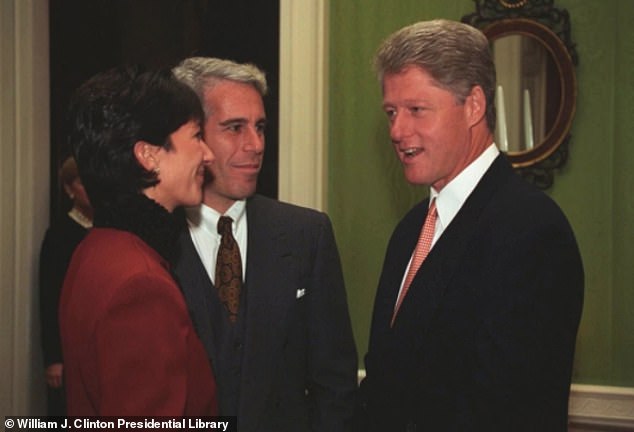 In 2019, on Epstein’s death, Clinton issued a statement via his spokesman and said the trips on the private jet included stops in connection with the Clinton Foundation and that he was accompanied by staff, foundation supporters and Secret Service agents on ‘every leg of every trip.’

‘President Clinton knows nothing about the terrible crimes Jeffrey Epstein pleaded guilty to in Florida some years ago, or those with which he has been recently charged in New York,’ the statement said.

The statement said Clinton made ‘one brief visit’ to Epstein’s apartment in New York, with a ‘staff member and his security detail’, in 2002.

The two men also met at Clinton’s Harlem office ‘around the same time’ as the apartment visit, the statement said.

‘He’s not spoken to Epstein in well over a decade, and has never been to Little St. James Island, Epstein’s ranch in New Mexico, or his residence in Florida,’ the statement read.