Ken West, the founder of one of Australia’s most popular music festivals, has died at the age of 64.

In a statement, West’s family confirmed the creator and promoter of the Big Day Out festival died peacefully in his sleep on Thursday morning. 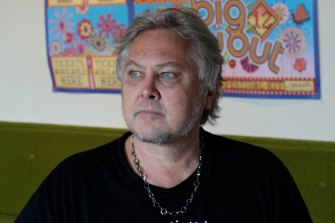 “We bring unfortunate news that Ken West; a father, husband, mentor and most of all a legend, has passed away peacefully in his sleep on the morning of the 7th April 2022,” the statement read.

“Our family would appreciate respect and privacy during this difficult time. Ken was big and noisy in life, but passed quietly and peacefully.”

Under West and business partner Viv Lees, Big Day Out toured Australia and New Zealand from 1992 through to 2014, attracting international artists such as Nirvana, Rage Against the Machine, Nick Cave and the Bad Seeds, The Chemical Brothers, Rammstein, Red Hot Chilli Peppers and Patti Smith among others.

American promoters C3 Presents took full ownership of the festival in 2014 after the Australian director of the event, AJ Maddah, sold his shares to the company. The promoters announced the following year’s festival would be cancelled shortly after, amid rumours of dwindling crowds and financial losses. The show never returned.

Ken is survived by his wife Cathy and son Oliver.