Big Australia? We could double the size of our cities and they’d still be small

It’s the policy that dare not speak its name. “Big Australia” – that Kevin Rudd-era shorthand which did little more than recognise our country’s climbing population – is a phrase you don’t hear much these days. But it’s happening anyway. Or at least, the government would like it to.

The Population Statement released last week – in the dead news zone of the first week of January – contained little of surprise. We’re still on the same trajectory as ever, with the national population due to reach 30 million in 2033, slightly delayed by the pandemic. 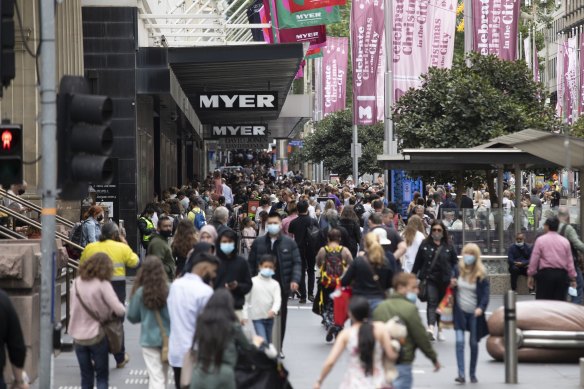 The government is cautiously making the case for a bigger Australia, even if not the much-maligned ‘Big Australia’.Credit:Arsineh Houspian

Is that a Big Australia? Not especially, and not when that population is also getting older, with the average age projected to be 40.1 years by then (it was 38.4 in 2020-21). The fertility rate is expected to keep declining, from 1.66 babies per woman to 1.62.

This is a difficult subject for politicians to broach. But as the pandemic recedes and migration resumes, the federal government is cautiously reopening a conversation about population and Australia’s long-term future.

It is one of those topics about which many voters have views; these are views not necessarily based on any insight or knowledge, but on the traffic jams they sit in every day or the housing market they can’t afford to enter. Ageing is itself a tricky word; older people don’t appreciate being cast as a burden on the country or economy. And lifting the fertility rate is like turning around the Titanic.

Treasurer Jim Chalmers drew attention to this while releasing the population report. He tipped his hat to Liberal predecessor Peter Costello for putting fertility on the agenda with the famous baby bonus. While that’s not something the government is considering, it hopes to drive up the fertility rate by easing the cost of childcare. “Cheaper childcare is a more responsible baby bonus for the 2020s,” Chalmers says.

Chalmers was a senior staffer to then treasurer Wayne Swan while Rudd was copping a backlash to his Big Australia enthusiasm, and he recalls the difficulty their government encountered. After all, when Julia Gillard took over as prime minister in 2010, one of her first acts was to explicitly disavow Big Australia and instead talk up “a sustainable Australia”.

It was a message targeted squarely at suburban voters in marginal seats. Gillard said the people of western Sydney would find Big Australia laughable.

In the years since, people have shied away from the term. Days after Labor won the 2022 election, The Conversation’s chief political correspondent, Michelle Grattan, asked Chalmers if he was a Big Australia guy. “Nobody uses those terms,” he said, going on to sing the praises of immigration.

In remarks to the Melbourne Institute in November, Business Council of Australia boss Jennifer Westacott said of the federal government’s jobs and skills summit: “I don’t think it’s about a Big Australia; it’s about a better Australia, a more prosperous Australia and a frontier Australia.” 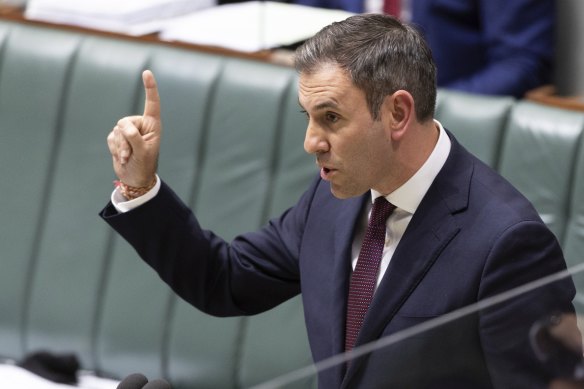 The government is slowly building its narrative, one that Chalmers hopes will have more nuance than previous efforts. It splashed $4.7 billion on cheaper childcare in the October budget, and lifted the permanent migration intake to 195,000 a year from 160,000. Home Affairs Minister Clare O’Neil also commissioned a review of the migration system, with an interim report due by February 28.

The BCA’s submission to that review calls for the government to increase the cap beyond 195,000 and set it at a percentage of Australia’s population, rather than a fixed number. Chalmers did not dismiss the idea on Friday, saying he was up for the discussion.

The treasurer sees parallels between the Big Australia debate and the lacklustre, over-simplified discourse on COVID-19 that pushed people into “let it rip” or “lock us up” buckets.

“Getting this right shouldn’t be hostage to old debates and labels and language,” he tells me. “We’ve got a welcome opportunity here to make good policy changes about our population settings, and we’d be mad to miss it. 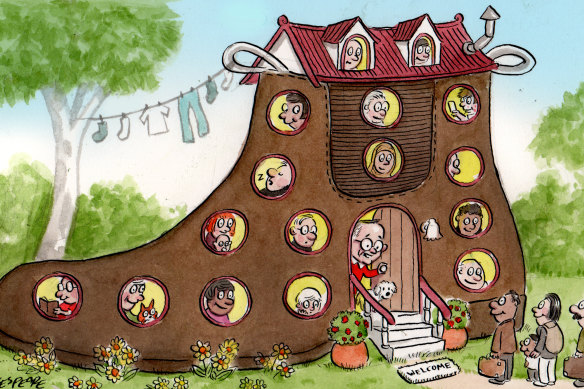 “As is often the case, there’s a false binary represented to people which is ‘let it rip’ or ‘we are full’, when in reality population policy is absolutely central to economic policy and to our future, and it demands foresight and nuance and clear-headed and considered thinking.”

Migration is already rebounding faster than anticipated. Treasury predicted net overseas migration, which includes temporary arrivals, would return to a pre-pandemic average of 235,000, but the May budget is likely to show the figure is running significantly higher.

It’s understandable if political leaders are reluctant to champion the Big Australia cause explicitly, given what’s come before, but perhaps they should reconsider.

The pandemic has called into question some pretty persistent myths about the effects of migration. No less a figure than Reserve Bank governor Philip Lowe has pinned some blame for low wage growth on high immigration. But for two years we had effectively zero migration, and wages remained flat. 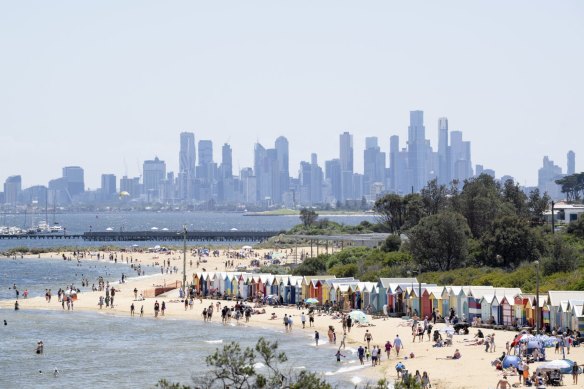 Melbourne has been on track to overtake Sydney as Australia’s biggest city for more than a decade.Credit:Penny Stephens

And as plenty of others have noted, the absence of migrants competing for housing did not seem to make a dent in property prices – indeed, they shot up while our borders were closed, before their current correction.

Further to that, Australians are overwhelmingly positive about immigration, and growing more so.

The Scanlon Foundation, which does quality annual research on this topic, has found Australians’ concerns about immigration and population growth have essentially disappeared. Just 1 per cent of those surveyed named those issues as the main problem facing Australia in 2022, down from 7 per cent in 2018.

Of course, someone can say they welcome immigration while also fretting about its impact on the capacity of their local school or the speed of their commute. Newspaper articles about population are inevitably accompanied by photos of crowded beaches or roads, fuelling the association.

The “news” from the Population Statement that Melbourne will soon overtake Sydney as Australia’s biggest city should not have shocked anyone because it has been on the cards for almost 15 years. In that time, only the due date has changed: from 2060 to 2053 to the late 2030s and now 2031.

(It’s also worth noting that while the pandemic delayed the inevitable by a year or two, it hardly derailed Melbourne’s ascendancy. Whatever you thought about Victoria’s lockdowns and Daniel Andrews’ enforcement of them, the idea he did permanent damage to Melbourne’s reputation was laughable and only ever advanced by non-serious people with axes to grind.)

In reality, Melbourne may become our biggest city even sooner. While the headline figures compare Greater Sydney (5.23 million) to Greater Melbourne (4.93 million), these definitions include places most people wouldn’t class as being part of their city, such as Gosford or Warburton. On the Australian Bureau of Statistics’ tighter and much more sensible UCL (urban centres and localities) map, Sydney sits at 4.7 million and Melbourne at 4.59 million. There’s basically nothing in it. 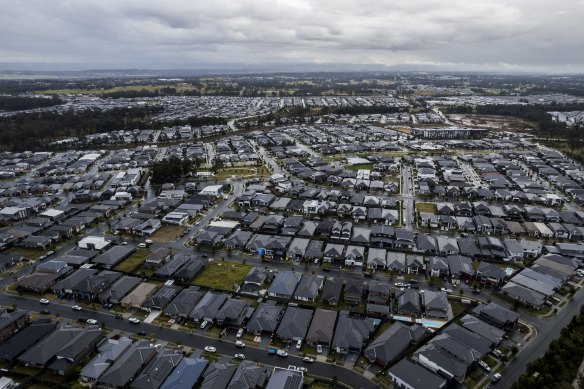 While Australia is one of the most urbanised countries in the world, our sprawling cities remain relatively low in density by global standards.Credit:Brook Mitchell

These are geographically huge, sprawling, low-density places. Any honest debate about Australia’s population and our cities ought to remember we are one of the most sparsely populated places on the planet, and even though we’re also one of the most urbanised, our cities are far from dense by global standards.

You could double the population of our big cities and vastly improve them. That’s because the great irony of the population debate is that the things most people worry about with a bigger Australia – strained infrastructure and services – would only improve with a higher and denser population.

That’s how you get more regular buses, closer shops, better trains. Of course there are chicken-and-egg problems as the transformation occurs – the jobs and infrastructure don’t always line up at the right time – but in the grand scheme of things, more people equals more amenity.

Chalmers says that for too long, people have seen population policy as “choosing one thing from a menu”, such as migration or workforce participation or training, when all of the those things need to work in tandem.

Add fertility to that mix, too. It would be a brave government that radically cranks the levers in the Big Australia direction. But for big ideas to really work they need champions who can sell them.

It’s a testament to the country’s enduring appeal that, despite advertising itself as a hermit kingdom for two years during COVID, once the doors reopened, people are coming in droves. A bigger Australia ought to be something we celebrate and pursue, and a young government is in a fortunate position to do just that.

The Opinion newsletter is a weekly wrap of views that will challenge, champion and inform your own. Sign up here.