Joe Biden was caught on camera trying to shake hands with thin air during the US President’s four-day visit to the Middle East. The clip appeared to show President Biden reaching out for a handshake with “the thin air” after he completed a press briefing in Tel Aviv. The awkward moment saw his Israeli counterpart escort the gaffe-prone leader off of the podium.

The blunder took place prior to his flight to Saudi Arabia,

Fox News contributor Jimmy Failla tweeted: “If you’re defending Biden by saying he didn’t shake hands with an invisible man he was actually pointing at one, you’re missing THE POINT.”

JUST IN: EU slammed as ‘braindead’ over Ukraine war 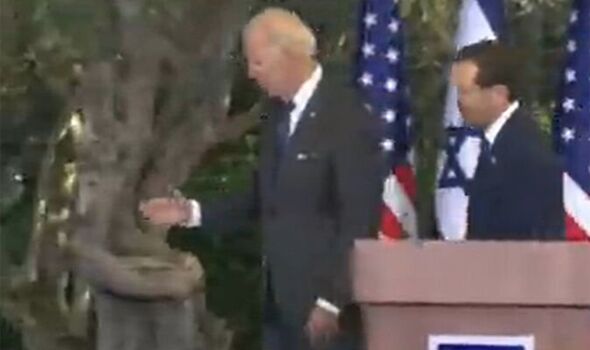 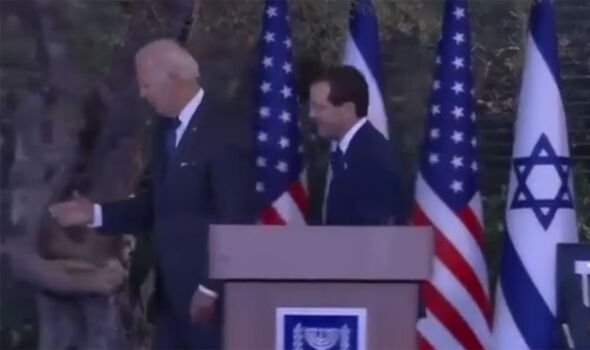 The incident resembles a moment in April when President Biden also appeared to shake hands with thin air following a speech at the North Carolina Agricultural Academy.

It is just the latest gaffe to beset President Biden’s Middle East trip.

Other awkward moments for the US President have seen comparing himself to the Palestinian struggle. 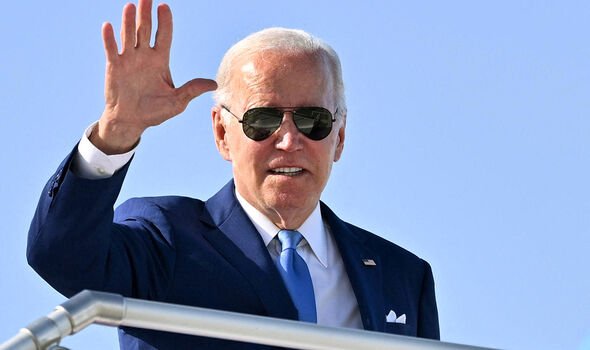 He told reporters: “The background of my family is Irish American.

“And we have a long history not fundamentally unlike the Palestinian people, with Great Britain and their attitude toward Irish Catholics over the years for 400 years.”

He also appeared to break his own pledge not to shake hands with anyone during the trip to “reduce contact” and the spread of COVID-19.

The US leader appeared to forget the guidelines the White House set forth as soon as he landed as he shook hands with the Israeli officials. 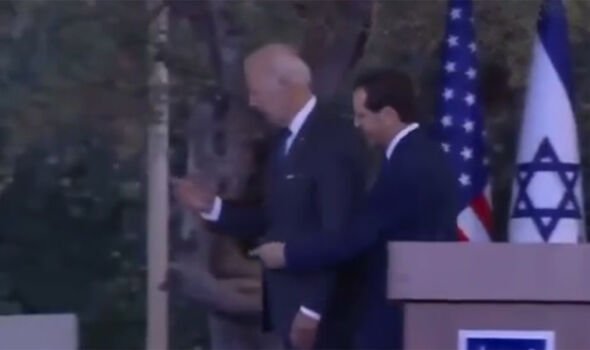 The gaffes have risked overshadowing serious points of contention during his trip, including his showdown with Saudi Crown Prince Mohammed bin Salman.

He had previously vowed to make Saudi Arabia a pariah state over the 2018 murder of dissident journalist Jamal Khashoggi.

On Saturday, Biden will attend a summit meeting of the Gulf Cooperation Council, joined by representatives from Iraq, Egypt, and Jordan.

He will also hold bilateral meetings with the leaders of the UAE, Iraq, and Egypt before returning to Washington.