The US President also emphasised the importance of concluding maritime boundary negotiations between Israel and Lebanon, the statement added. In its own readout of the call, Prime Minister Yair Lapid’s office said they “spoke at length about the negotiations on a nuclear agreement and their shared commitment to stopping Iran’s progress towards a nuclear weapon.”

“The President underscored US commitment to never allow Iran to acquire a nuclear weapon” in a call in which Biden and Lapid also discussed “threats posed by Iran,” the White House said in a statement.

According to the reports, Israel opposes a return to the 2015 deal, which imposed curbs on Iran’s nuclear weapons program in exchange for the lifting of US, European Union and United Nations sanctions on Tehran.

To Israel’s delight, former president Donald Trump, pulled out of the deal in 2018 and reimposed harsh sanctions, prompting Tehran to violate the pact’s nuclear limits.

Biden has vowed to revive the agreement while ensuring the security of Israel, Iran’s regional arch foe. 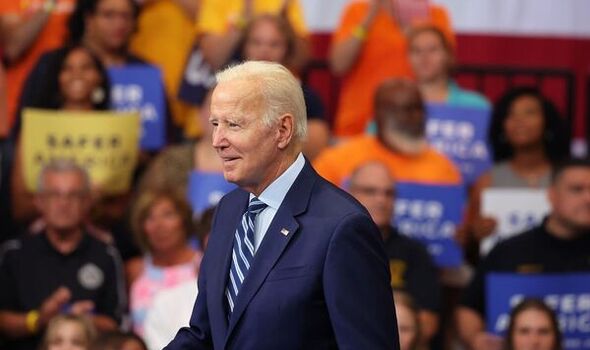 The nuclear deal appeared near revival in March.

But indirect talks between Tehran and Washington then broke down over several issues, including Tehran’s insistence that the International Atomic Energy Agency (IAEA) close its probes into uranium traces found at three undeclared sites before the nuclear pact is revived.

President Biden and Mr Lapid signed a joint pledge in July to deny Iran nuclear arms, a show of unity between allies long divided over diplomacy with Tehran.

However, Mr Lapid said last week that if the 2015 deal is revived, Israel will not be bound by it.

Meanwhile, Iran needs stronger guarantees from Washington for the revival of a 2015 nuclear deal, its foreign minister said in Moscow on Wednesday, adding that the UN atomic watchdog should drop its “politically motivated probes” of Tehran’s nuclear work.

After 16 months of indirect talks between Tehran and Washington, EU foreign policy chief Josep Borrell said on August 8, the EU had laid down a final offer to overcome an impasse for the revival of the agreement.

Iran’s top diplomat, Hossein Amirabdollahian, said Tehran was carefully reviewing Washington’s response to the text, which was conveyed to Iran last week by the EU as coordinator of the nuclear talks.

“Iran is carefully reviewing the EU-drafted text … We need stronger guarantees from the other party to have a sustainable deal”, Amirabdollahian told a joint news conference with his Russian counterpart in Moscow.

Amirabdollahian did not elaborate on “stronger guarantees,” but during months of talks with Washington in Vienna, Tehran demanded US assurances that no future American president would abandon the deal as former US President Donald Trump did in 2018.

President Joe Biden cannot provide such ironclad assurances because the deal is a political understanding rather than a legally binding treaty.