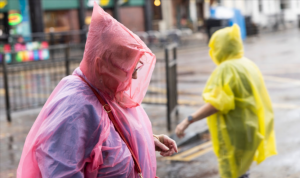 “So last time I showed you some showers, this one I’m showing you some sunshine, the other thing is it’s a much cooler start to the day across England and Wales than it was yesterday.

“A good five to ten degrees cooler in fact, so sunshine and showers will be the order of the day so rain coming into the North later and it’s going to be another windy day.

“You can tell that just by looking at the array of isobars, they’re tightly packed and we’ve got this weather front coming in and that’s going to bring the rain later. 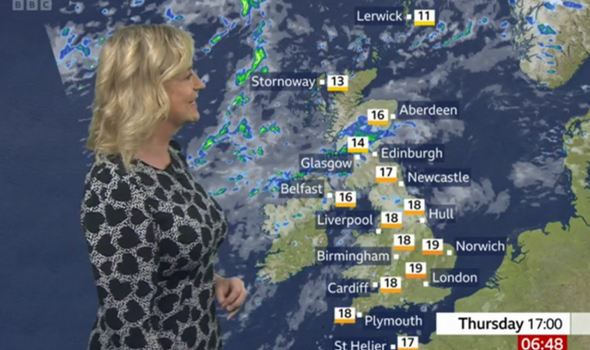 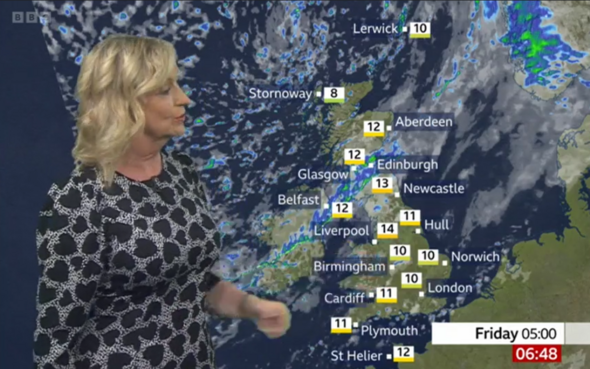 Ms Kirkwood added: “The other weather front is producing some cloud across Northern England and Wales at the moment, and we’ll see some rain come in here by the middle of the morning.

“But we’re starting off with some showers in Western Scotland and we will continue with them as we go through the day.

“And as our weather front approaches it will bring in some rain across central and Western parts of Scotland just edging Northwards fringing into the North of Northern Ireland.

“We can also catch the odd shower in South Wales and South West England today.

Ms Kirkwood said: “Now these white circles represent the sustained wind speeds so gusts will be more, a lot more in parts of Scotland, especially with exposure we’re looking at gusts of up to 50mph.

“And around this band of rain, it is going to be quite squally, temperatures today 11-19C degrees.

“So this band of rain moves Northwards but we’ve got a new one coming in, this one is going to merge with that one so whichever way you look at it, it’s going to be wet.

“The rain moving across Scotland and into Northern Ireland, windy around it remember the squally winds I mentioned? 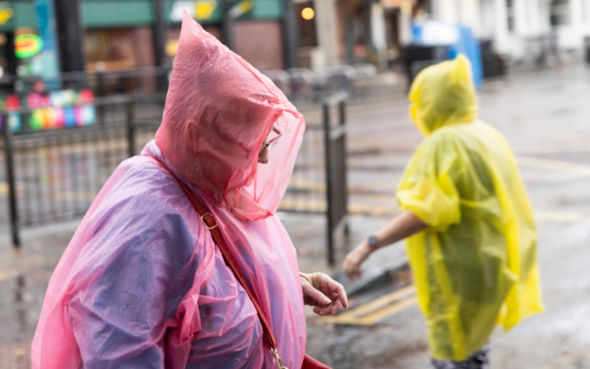 Ms Kirkwood added: “Cooler behind it and still some showers ahead of it, but not as cold further South.

“So we pick up this squally band of rain tomorrow as it continues to journey steadily southwards.

“Behind it, we see a return to some showers and some of those will be heavy and thundery, rather like today.

“And this takes its time to get down into the South East as a narrowing band, but it will still be windier around it.”