We have made our live coverage of the coronavirus pandemic free for all readers. Please consider supporting our journalism with a subscription.

Epidemiologists warn a rule requiring Victorian shoppers to wear masks indoors should not be scrapped this week given growing Christmas crowds and uncertainty about the severity of the Omicron strain.

Premier Daniel Andrews announced last month a requirement for retail customers to wear masks would be lifted by Thursday, unless there was a significant jump in hospitalisations.

However, this public assurance is now under a cloud, with state government officials refusing to comment on whether it will proceed as planned, citing the legal requirements of the new pandemic laws.

Victoria’s state of emergency powers expire at 11.59pm on Wednesday (and will be replaced by the government’s new pandemic laws. The first major announcement of coronavirus restrictions under the legislation is expected in the coming days, but whatever is announced, epidemiologists say that the mask-wearing rule should stay for now.

To overseas news briefly, and British Prime Minister Boris Johnson has announced the country has recorded its first death of someone with the Omicron coronavirus variant.

Coronavirus cases are currently on the rise in the UK and tougher restrictions have been imposed (for example, people are being told to work from home and vaccination certificates are being checked at large venues). 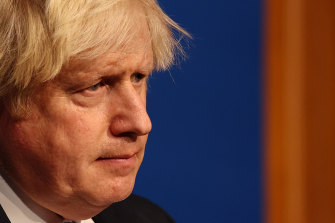 “Sadly, at least one patient has now been confirmed to have died with Omicron,” Johnson told reporters.

“So I think the idea that this is somehow a milder version of the virus – I think that’s something we need to set on one side – and just recognise the sheer pace at which it accelerates through the population.”

The first Omicron cases were detected in the UK in late November.

Australia has not recorded any deaths from Omicron. Yesterday, a person with the Omicron strain was admitted to a NSW hospital.

Prime Minister Scott Morrison has vowed to pursue lower taxes as one of his fundamental goals in the recovery from the pandemic, preparing for an election fight on the economy by warning against “busy-body” intervention by a Labor government.

Mr Morrison named tax as a key issue in a warning that the economic recovery could not be taken for granted, amid forecasts of an improvement in the budget to be revealed within days. 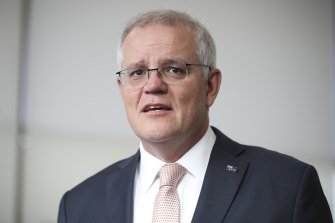 Prime Minister Scott Morrison is ramping up his rhetoric ahead of the next election.Credit:Alex Ellinghausen

“Our economy is primed for growth. But securing our economic recovery in 2022 cannot be taken for granted,” he said last night.

“We must continue to get the fundamentals right – lower taxes, less regulation and sound public financial management.”

The government is expected to gain more fiscal room to announce personal tax cuts before the federal election when the mid-year budget update is released this Thursday, with Deloitte Access Economics forecasting a $103 billion improvement in deficits over four years.

More than 1.9 million coronavirus case alerts have been issued in the Service NSW app over the past fortnight as end-of-year celebrations drive an upswing in the state’s cases.

The alerts, issued between November 29 and December 13, include directions to monitor for symptoms, as well as to test and isolate as contacts of a case. There have been several instances of all patrons at a hospitality venue being placed in isolation for a week as clusters linked to nightclubs and pubs threaten to push daily cases into the thousands by the end of the year. 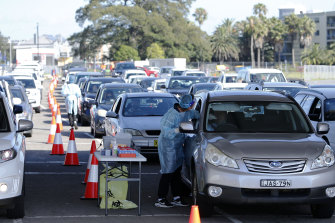 People queue for COVID-19 testing at Honeysuckle in Newcastle on Monday, after a nightclub party seeded 84 cases.Credit:Darren Pateman

A NSW Health spokesperson said they were unable to confirm how many people were now considered close contacts.

Half of Sydney’s systemic Catholic schools elected to learn from home this week as families attempt to avoid being deemed a close contact before Christmas.

But hundreds of other families are awaiting their fate after their children were potentially exposed at school.

More on the situation in NSW here.

Australia will produce millions of mRNA vaccines a year from 2024 in a deal secured by the federal government with Moderna and the Victorian government to build a local manufacturing facility in the state. 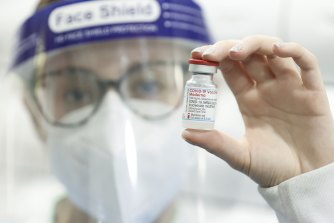 Australia will produce millions of doses of mRNA vaccines a year in a deal struck with Moderna to manufacture the vaccines onshore.Credit:Alex Ellinghausen

“The new mRNA manufacturing facility in Victoria will produce respiratory vaccines for potential future pandemics and seasonal health issues such as the common flu, protecting lives and livelihoods,” he said.

Read more about the deal here.

This morning’s headlines at a glace

Good morning and thanks for your company.

It’s Tuesday, December 14. I’m Broede Carmody and I’ll be anchoring our live coverage for the first half of the day.

Here’s everything you need to know before we get started. 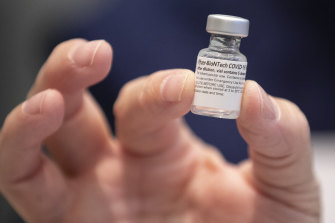 Millions of mRNA vaccines will soon be able to be made onshore.Credit:AP 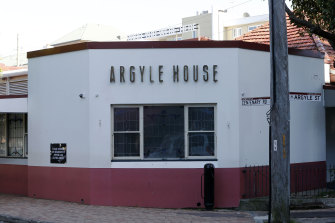 Hundreds of people have been deemed close contacts after attending The Argyle House nightclub in Newcastle. Credit:Darren Pateman 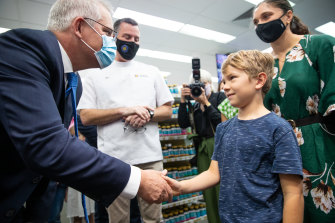 Prime Minister Scott Morrison wants the next election to be about the economy. Credit:Edwina Pickles 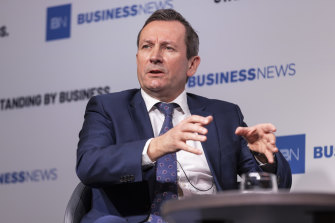 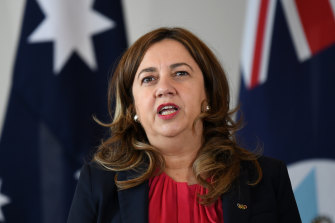 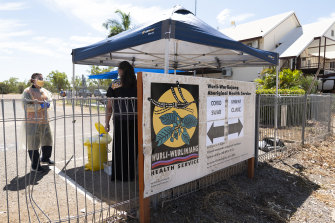 A COVID-19 testing site at Katherine in the Northern Territory.Credit:Krystle Wright