Outdoor freedoms could be granted for Victorians within days

Outdoor social gatherings may be among the first activities to resume under Victoria’s new road map to reopening, due to be revealed on Sunday.

A similar approach was taken by NSW Premier Gladys Berejiklian, and a most easing of restrictions on outdoor recreation for fully-vaccinated people kicked in on Monday.

Victorian Premier Daniel Andrews confirmed the government was assessing whether rules around gatherings could be eased safely when the 70 per cent first-dose vaccination target for people aged 16 and over is reached within days. 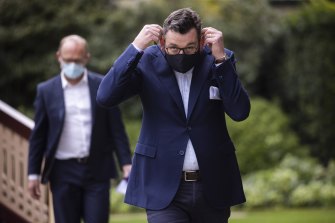 “I’m not necessarily promising that everything will be open when people want it to be open.”

The government committed weeks ago to increasing the travel limit from five kilometres to 10 kilometres and the exercise time limit from two to three hours when the 70 per cent first-dose target was hit. This was initially forecast to be September 23, but quicker vaccine uptake means it may be reached by Friday.

Mr Andrews said the government had not decided whether “modest” easing of restrictions would start the same day the state reached 70 per cent first-dose vaccine coverage, or if the changes would be delayed by a day or two to coincide with Sunday’s road map announcement.

The NSW government is reviewing COVID-19 hotspot boundaries, with pressure mounting to free suburbs from harsher restrictions as vaccination rates in some areas rise as much as 66 percentage points in less than two months.

A review is under way to amend how health authorities target areas with rising case numbers, addressing concerns that alternatives to blanket lockdowns for local government areas could be needed in future outbreaks. 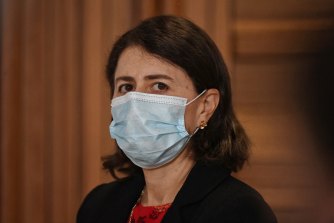 But modelling from the Burnet Institute released on Tuesday said harsher restrictions, and not rising vaccination rates, had the greatest impact on slowing the spread of coronavirus in south-west and western Sydney.

Under present restrictions, the institute said case numbers in other parts of Sydney would soon overtake the hotspots and warned against relying solely on vaccination to halt the spread.

“It may be necessary to impose greater restrictions … at least, in some of the LGAs with higher growth rates to curb this growth,” the report said.

Widespread use of COVID-19 rapid antigen testing in workplaces, homes on the cards

In case you missed it yesterday, Federal Health Minister Greg Hunt has asked the country’s medical regulator to expedite its consideration of the widespread use of COVID-19 rapid antigen testing in workplaces and for home use as the federal government presses ahead with plans to allow Australians to travel overseas by the end of the year.

Rachel Clun and Anthony Galloway report that rapid antigen testing is used in many contexts overseas including in the US and Britain as a way of monitoring COVID-19 cases, but it has not yet been broadly deployed as a weapon against the virus in Australia. 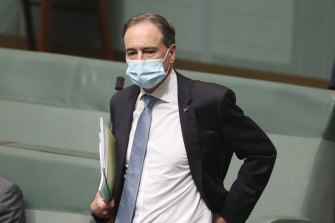 Asked earlier this month when we were likely to see rapid antigen testing in homes, Mr Hunt said:

I think that will be a matter for the state chief health officers, because at this point, they’ve wanted to rely on what are called the polymer chain reaction or PCR tests. These are the ones that everybody knows.

I’m hopeful that we’ll have them at the earliest possible time. But they’re already being used by us in aged care homes, on departure from overseas in India. We were using them in Howard Springs in the Northern Territory when we had clinical control.

As Sherryn Groch explains, about 20 rapid antigen tests are already authorised for use in Australia by its medical regulator, the Therapeutic Goods Administration (TGA) but you need training to use one; generally a registered healthcare worker will come in to perform them. Home testing kits, along the lines of those used in the UK, are banned in Australia.

But the tests are not as effective as the “gold standard” PCR lab test.

You can read the full explainer here.

The NSW government is trialling a home quarantine program with Paralympic athletes who returned to Australia from Japan earlier this month.

NSW Health confirmed to the Herald that 17 Paralympians are undergoing 14-day quarantine at their homes after exemptions by the state government. 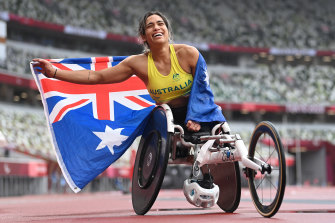 Every Paralympian who competed in Tokyo was double-vaccinated before departure, with those quarantining at home undergoing the same COVID-19 testing as those in the hotel system.

“This model has been included as part of the NSW home quarantine trial which has allowed more Paralympians to participate,” a NSW Health spokeswoman said in a statement.

“Exemptions were provided to 17 Paralympians to home quarantine where it was considered they would be more suitably cared for in their home due to high care needs, including equipment requirements.”

Dual gold medallist Madison de Rozario, who won a thrilling wheelchair marathon on the final day of competition, was among the athletes granted an exemption for home quarantine.

South Australia is also trialling home quarantine. The federal government has described home quarantine as a key plank in the plan to resume international travel for fully-vaccinated Australians.

The morning’s headlines at a glance

Good morning and welcome to our live coverage of the day’s events. I’m Michaela Whitbourn and I’ll be anchoring the blog for the first half of the day. Here’s everything you need to know from the past 24 hours in news: 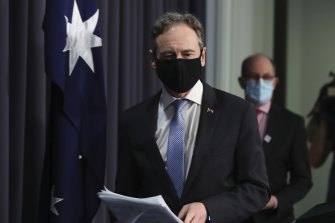