We have made our live coverage of the coronavirus pandemic free for all readers. Please consider supporting our journalism with a subscription.

The Sydneysiders heading overseas as soon as border reopens

Ava Madon will fly to Singapore on Monday to visit her long-term partner Tahir, who she has not seen since before the pandemic. She booked her flight as soon as Prime Minister Scott Morrison announced fully vaccinated Australians would be free to leave the country from November 1. 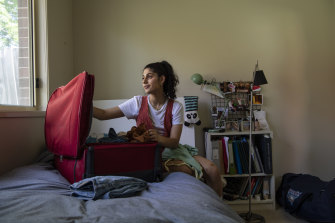 Ava Madon will fly to Singapore on Monday to reunite with her boyfriend.Credit:Louise Kennerley

The couple has tried multiple times to get Tahir an exemption to enter Australia as immediate family of a citizen, but he was rejected every time, despite proof they had lived together for 12 months and shared finances.

“I’m overwhelmed, excited, scared, speechless, every emotion under the sun,” Ms Madon said of her imminent trip. “When I get there I’m just going to bawl my eyes, it’s going to be crazy.”

Prime Minister Scott Morrison has pledged Australian support for a global bid to vaccinate 70 per cent of the world’s population amid signs he could extend domestic production of the AstraZeneca vaccine to boost exports to countries in need.

Mr Morrison is signing up to a plan from the world’s biggest economies to scale up vaccine production and protect more people as criticism mounts that wealthier nations are rolling out booster shots while millions of others are yet to receive first doses. 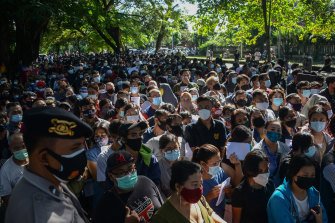 People gather in Denpasar this week to register for the AstraZeneca vaccine.Credit:Getty

The pledge comes with an Australian call for stronger powers for the World Health Organisation to investigate health disasters, including sending inspectors into countries without their prior approval.

“We all agree there’s no higher priority than vaccinating people all over the world with safe and effective vaccines,” Mr Morrison told the G20 summit in Rome on Saturday.

This morning’s headlines at a glance

Good morning, thank for joining us for today’s COVID-19 live blog. It’s Megan Gorrey here to bring you updates throughout the morning.

Here’s everything you need to know: 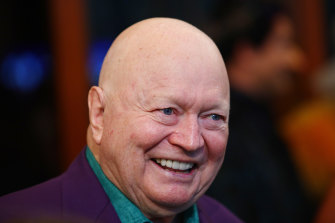