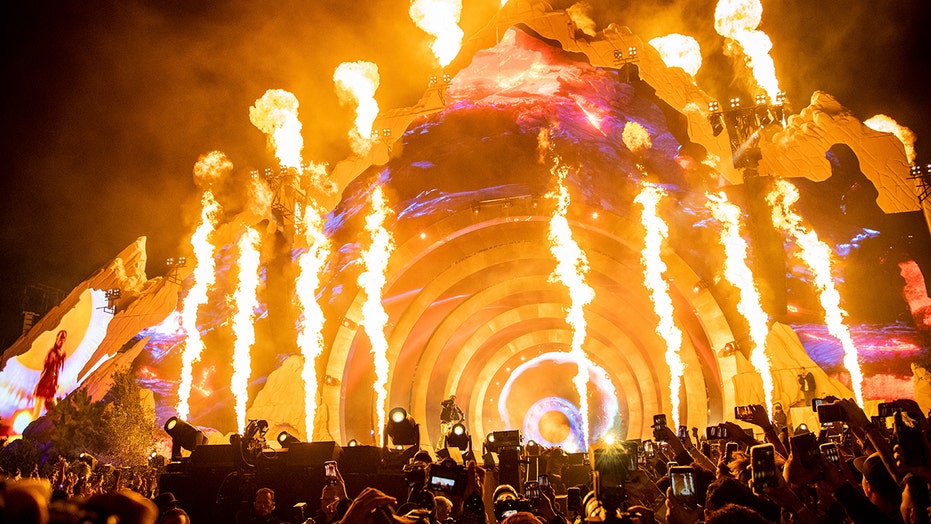 Timothy Perez and Joseph Gonzales, who attended the Astroworld Festival in Houston, recount the deadly concert stampede they witnessed

Three of the eight concertgoers who died at the Astroworld Festival in Houston on Friday have now been identified.

The disaster unfolded as the crowd surged toward the stage to watch rapper Travis Scott perform. Some of those in attendance said they felt their chests being crushed and were being suffocated under a mass of people as the crowd pressed closer to the stage.

The dead ranged in age from 14 to 27, and 13 people were still hospitalized Saturday, Mayor Sylvester Turner said. Dozens were injured. 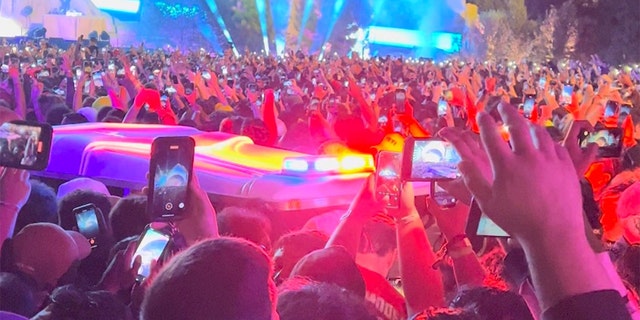 An ambulance is seen in the crowd during the Astroworld music festival in Houston, November 5, 2021 in this still image obtained from a social media video on November 6, 2021.
(Courtesy of Twitter @ONACASELLA /via REUTERS)

Astroworld, a sold-out, two-day event in NRG Park had an estimated 50,000 people in attendance. Three of the eight victims were recently identified.

The family of 16-year-old Brianna Rodriguez confirmed to KTRK-TV that the teen was one of the victims who died in the concert disaster.

Rodriguez’s aunt, Iris Rodriguez, posted on Facebook that her “heart aches so profusely” for her brother and sister-in-law following the loss.

Iris Rodriguez wrote that the teen was a junior at Heights High School in Houston and loved to dance.

Franco Patino, a 21-year-old University of Dayton student was among the eight killed during the concert, the Dayton Daily News reported, citing a campus-wide email.

Patino, from Naperville, Ill., was majoring in mechanical engineering technology with a minor in human movement biomechanics, according to the paper.

A Houston high school identified 14-year-old John Hilgert as one of the victims, the Houston Chronicle reported.

“Everything about that night was a tragedy,” Tracy Faulkner, the mother of one of Hilgert’s friends, told the paper. “John was a good student and athlete and so polite. He was the sweetest and smartest young man.”

Hilgert played youth football and was a member of an elite baseball team, according to the paper. 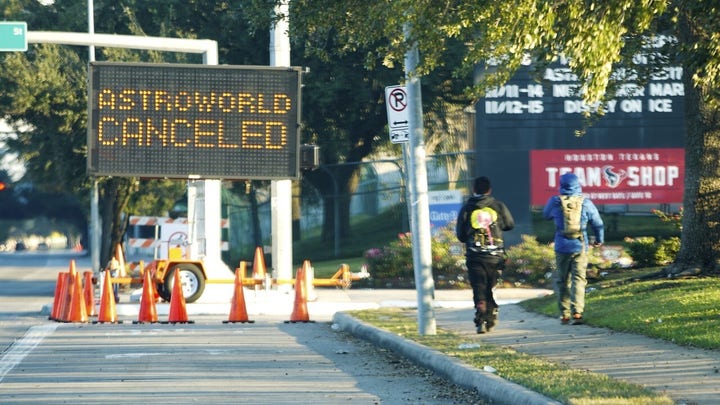