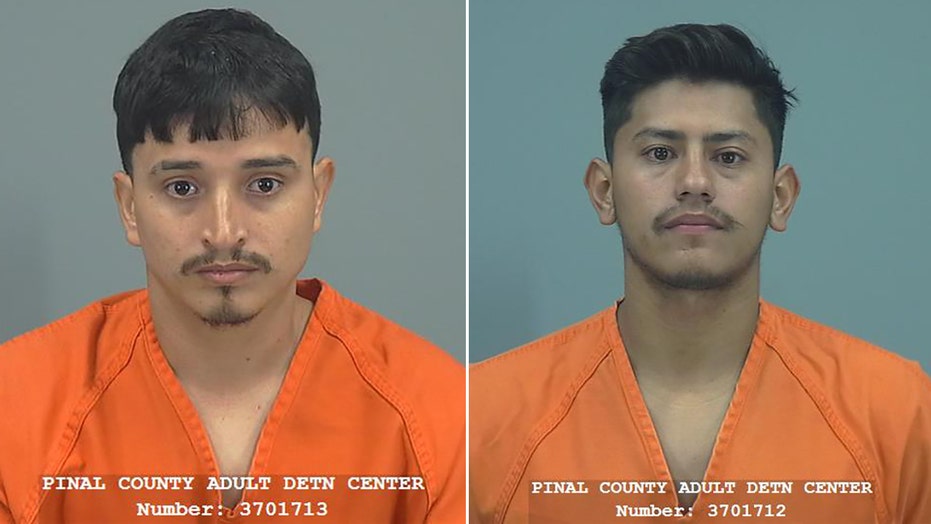 Manuel Carrillo Serrano and Alan Aguilar, both 25, were pulled over Wednesday in a Chevrolet Cobalt on I-10 in Casa Grande, a city located about 47 miles south of Phoenix, the Arizona Department of Public Safety (AZDPS) posted on Twitter.

After stopping the men, the trooper found three wrapped bundles inside the vehicle containing 8.2 pounds – or about 30,000 pills – of fentanyl. 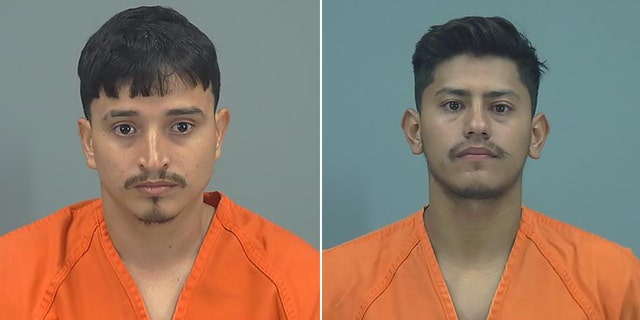 Manuel Carrillo Serrano and Alan Aguilar, both 25, were arrested Wednesday after a state trooper discovered about 30,000 fentanyl pills during a traffic stop.
(Pinal County Jail)

Carrillo Serrano and Aguilar were arrested and charged with suspicion of transportation of narcotic drugs for sale, authorities said. Both men were being held at the Pinal County Jail on $50,000 bond. 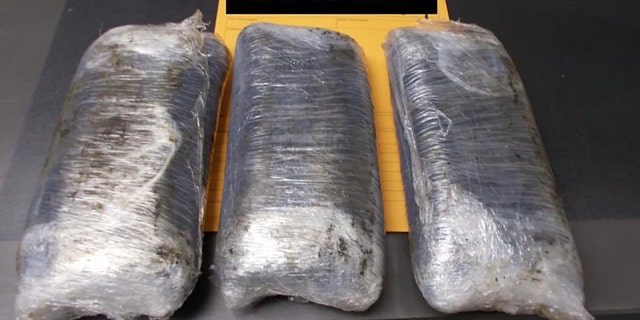 Fox News has reached out to the AZDPS for more information about the suspects and their arrests. 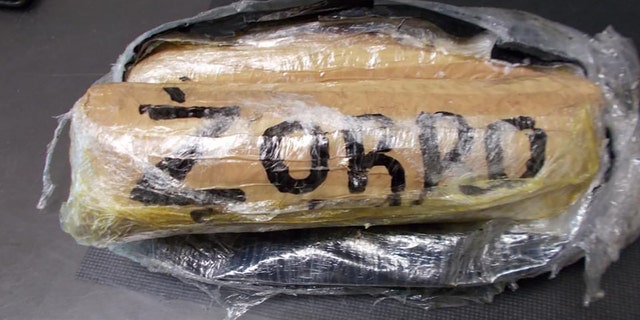 One bundle of fentanyl pills appeared to have the word "Zorro" written on it.
(Arizona Department of Public Safety) 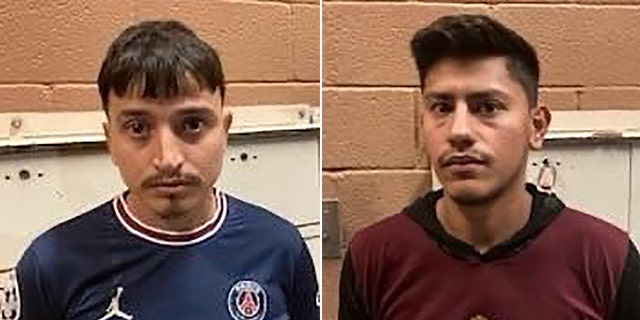 Manuel Carrillo Serrano and Alan Aguilar, both 25, are pictured above following their arrests in Casa Grande, Ariz., on Wednesday on suspicion of transportation of narcotic drugs for sale.
(Arizona Department of Public Safety)

Fentanyl is a major contributor to the opioid crisis in the U.S., with synthetic opioids accounting for nearly 73% of all opioid-involved deaths in 2019, according to the Centers for Disease Control and Prevention.