Another blow for Putin after Ukraine troops retake key village 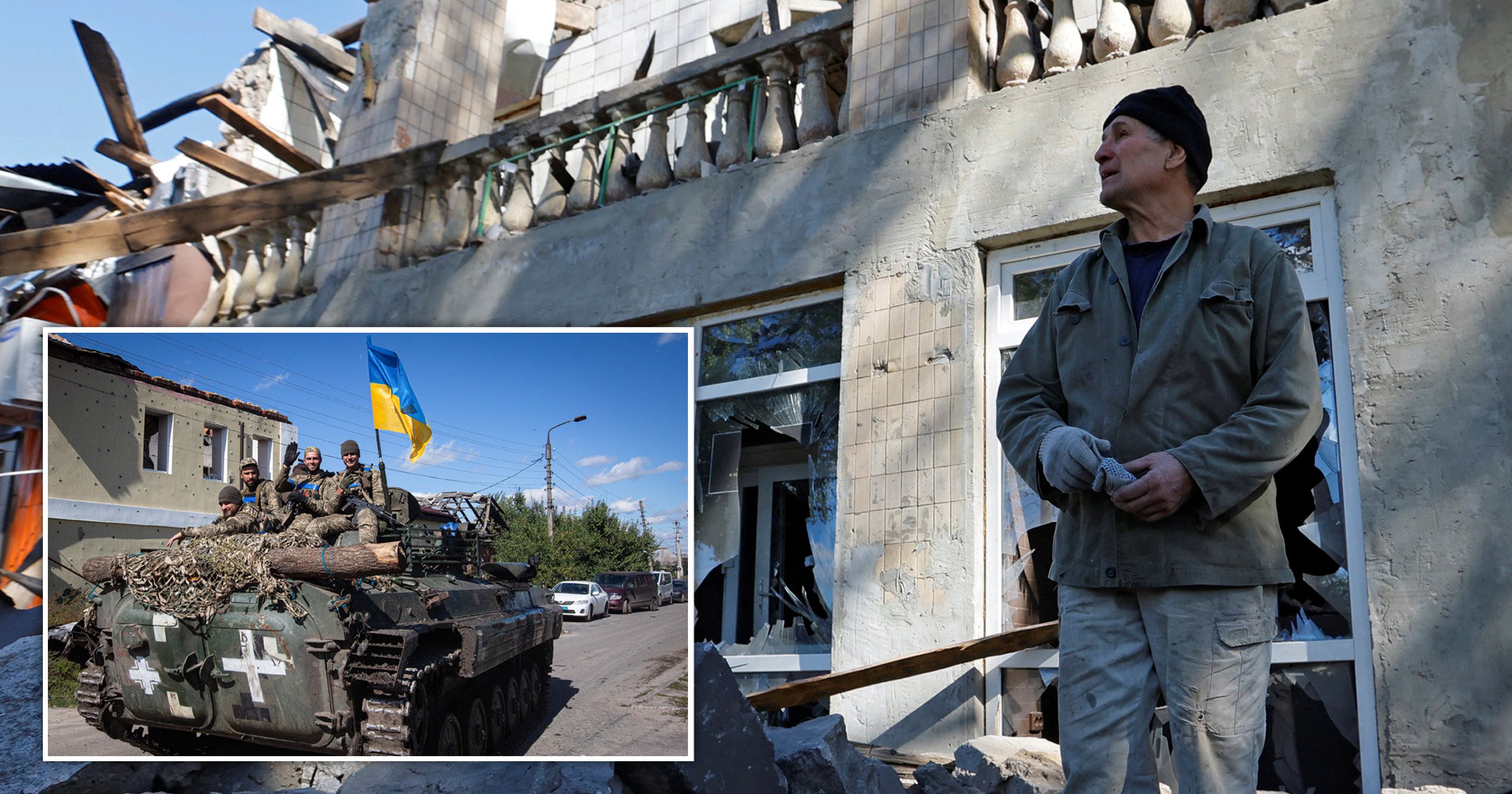 Ukraine has ramped up the pressure against Russia further by liberating a village within the Donbas region.

In a milestone victory, Ukrainian flags will be flown once again in Bilohorivka, Luhansk, officials confirmed yesterday.

‘Soon we will drive these scumbags out of there with a broom. Step by step, centimetre by centimetre, we will liberate our entire land from the invaders,’ he said.

Video footage posted to Telegraph showed Ukrainian soldiers patrolling down a battered Bilohorivka street controlled by Moscow for two and a half months.

Ukraine’s President Volodymyr Zelensky said in a televised address Monday: ‘The occupiers are clearly in a panic.

‘The speed at which our troops are moving. The speed in restoring normal life.’

The liberation of Bilohorivka, a village home to less than 830 people, presents Kyiv with a long-sought opportunity — taking back two critical Russian strongholds only a dozen miles away.

One of them is Lysychansk, on a rise overlooking the Siversky Donets River, seized in July by Moscow and signalled the complete fall of Luhansk into Russian hands.

This was a huge win for Russian president Vladimir Putin, given the Kremlin’s continued drive to control the coal-rich Donbas region.

The other, Sievierdonetsk, surrendered after months of bombardment and dwindling supplies reduced it to a greyed-out husk.

And Russia’s restlessness over Ukraine’s gains showed Monday when Moscow-backed parliaments in Luhansk and Donetsk called for referendums to annex the regions.

This month, Ukrainian forces liberated more than 300 settlements in the northeastern Kharkiv region as part of a quick-footed counteroffensive.

The Institute for the Study of War, a US think-tank, suggested the ‘counter-offensive is panicking proxy forces and some Kremlin decision-makers’.

‘Russian leadership may be running out of ways to try to stop Ukrainian forces as they advance across the Oskil River and closer to Luhansk Oblast,’ it said.