Andrea Leadsom has signalled the government will not publish its Operation Yellowhammer No Deal contingency plans in full – despite being told to by MPs – as she said they would scare people.

MPs voted on Monday to force the government to hand over the documents by 11pm tonight.

But the Business Secretary suggested the government will not release Yellowhammer in its entirety because spelling out the ‘reasonable worst case scenario’ resulting from a bad break from Brussels would only ‘serve to concern people’.

Ms Leadsom also sought to downplay the chances of such a scenario coming to pass as she compared it to being run over by a car: A possibility but not likely.

It is understood the government will be publishing some material by tonight’s deadline but it is unlikely to be enough to satisfy the demands of MPs.

However, while Downing Street is believed to be willing to comply, at least partially, with the demands for Yellowhammer information it is set to defy Parliament over a request for access to the personal mobile phones of Number 10 aides.

MPs want Downing Street advisers to hand over WhatsApp, Facebook and text messsages as well as personal emails in a bid to prove that Boris Johnson prorogued Parliament because of Brexit.

Mr Johnson has insisted that suspending Parliament for five weeks until October 14 is necessary to allow the government to prepare a raft of new domestic legislation.

But his critics are adamant that it was motivated by a desire to prevent Brexit scrutiny as the October 31 departure date draws near. They believe private messages could prove this to be the case.

Downing Street sources said that ‘under no circumstances’ would aides hand over their personal correspondence to MPs. 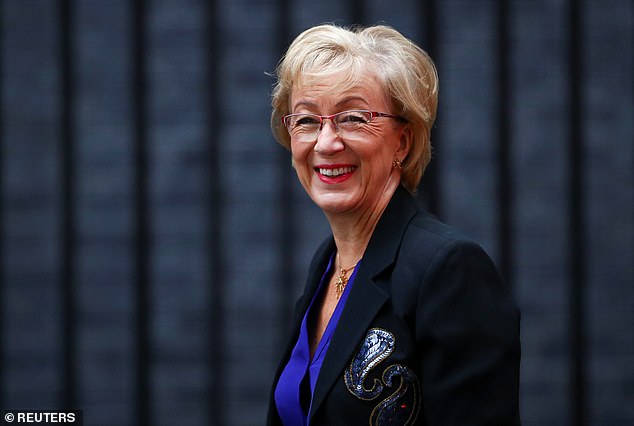 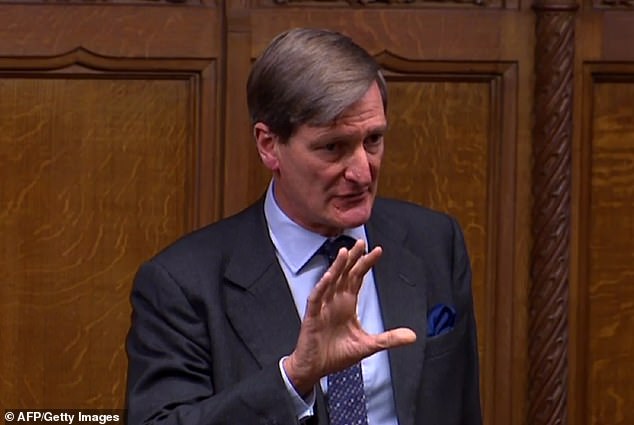 The Government is expected to defy a vote by MPs on Monday, led by Dominic Grieve, which called for ministers to publish Operation Yellowhammer and hand over personal correspondence of Number 10 aides

MPs voted by 311 to 302 in favour of telling Number 10 advisers to hand over their messages and for ministers to release their No Deal contingency plans in full.

The MPs, led by former Tory attorney general Dominic Grieve, set a deadline for the material to be surrendered of 11pm this evening.

Ministers are thought to be willing to publish a ‘revised’ version of their secret Operation Yellowhammer No Deal documents but the request for personal correspondence sparked fury.

One government source told MailOnline: ‘Dominic Grieve can f*** off.’

The motion agreed by MPs is binding on the government but it is unclear what could happen if Downing Street fails to comply fully with what has been requested.

Ms Leadsom said that the government ‘always abides by the law and there is a lot of consideration now as to what can be offered’.

She described the vote as an ‘absolute travesty’ and said that MPs were trying to ‘ride rough shod’ over Freedom of Information Act rules.

‘Yellowhammer is, as you know, the reasonable worst case scenario,’ she told the BBC.

‘It is by no means a prediction of anything. It is simply the government looking at every possible angle and ensuring that we have measures in place to deal with that.’

Ms Leadsom then suggested the government would not release all of the Yellowhammer documents because they would scare people.

She said: ‘I actually do not think that it serves people well to see what is the absolutely worst thing that can happen.

‘The worst thing that could happen to me is I could walk out of here and get run over.

‘It is not a prediction but it is something that could happen and simply putting out there all of the possible permutations of what could happen actually just serves to concern people whereas what the government is doing is working flat out to ensure that in all circumstances, including in the event of No Deal, that we have a smooth transition for the United Kingdom.’

If the government fails to full comply with Monday’s vote it will set up a major constitutional row.

Is Dominic Grieve’s demands for No10 aides’ private messages legal?

The former Tory attorney general believes that there is no legal impediment to Number 10 complying with Parliament’s demand to hand over the personal messages of Downing Street advisers on the subject of prorogation.

Government lawyers have been considering the legality and implications of the vote in the Commons on Monday.

But ministers were clear before the motion was agreed that they did not believe that staff could be told to grant Parliament access to their personal mobile phones.

Geoffrey Cox, the Attorney General, asked Mr Grieve during the debate: ‘What legal right do the government have to require their employees to give up private email accounts and personal mobile numbers?’

Meanwhile, Michael Gove said the move would ‘trample over data protection law, ECHR rights and the principle of safe space’.

If Downing Street concludes that staff cannot be legally compelled to grant access to their personal phones, MPs will almost certainly challenge the decision.

However, MPs will be hampered in their ability to take the government to task given that Parliament is not due to sit again until the middle of October.

The request for the personal messages of advisers sparked anger within Number 10 and prompted questions about whether the government even had the ‘legal right’ to tell them to hand over their correspondence.

Asked what the consequences for the government could be of failing to hand over the relevant material, Mr Grieve told MailOnline yesterday: ‘I hope they go away and weigh up the implications very carefully. We will cross that bridge if we get to it.’

Mr Grieve’s motion called for ‘all correspondence and other communications’ among a named list of aides since July 23 this year on the subject of prorogation to be handed over.

It includes messages sent using ‘WhatsApp, Telegram, Signal, Facebook messenger, private email accounts both encrypted and unencrypted, text messaging and iMessage and the use of both official and personal mobile phones’.

The challenge in the Commons came after legal documents published as part of a court case in Scotland revealed Mr Johnson and his most senior aides were discussing a plan to send MPs home two weeks before the PM announced the move.

A Downing Street source said of Monday’s vote: ‘The group of people who support this sound increasingly like conspiracy theorists who think the moon landings were fake.’

Member of Trump’s defense team Robert Ray on impeachment: Process has been 'partisan and therefore illegitimate'

National Archives apologizes for blurring anti-Trump signs in Women's March photo: 'We made a mistake'

Are Blockchain and Bitcoin New Tools for Criminals?

Member of Trump’s defense team Robert Ray on impeachment: Process has been 'partisan and therefore illegitimate'

Are Blockchain and Bitcoin New Tools for Criminals?

UK weather forecast – Snow to hit Britain this week as -7C icy blast batters country – The Sun
We and our partners use cookies on this site to improve our service, perform analytics, personalize advertising, measure advertising performance, and remember website preferences.Ok