Alternative Christmas advert depicting a young widower struggling to buy his son a present, working by candlelight and going hungry amid the cost of living crisis leaves viewers sobbing as it is dubbed ‘better than John Lewis’

A filmmaker has released a tear-jerking alternative Christmas advert that follows a young widower who battles to make Christmas special for his son amid the cost-of-living crisis.

Sam Teale, 20, has shot to newfound online fame after filming ‘The GoKart’ entirely in his hometown of Cleckheaton, West Yorkshire.

The three minute clip, which viewers say rivals this year’s hugely popular John Lewis Christmas advert, has attracted more than 20 million views across Facebook and TikTok and left viewers in floods of tears.

Mr Teale said he hoped to share the message of ‘Christmas is made, not bought’, to the thousands of families struggling with surging bills and costs this year. 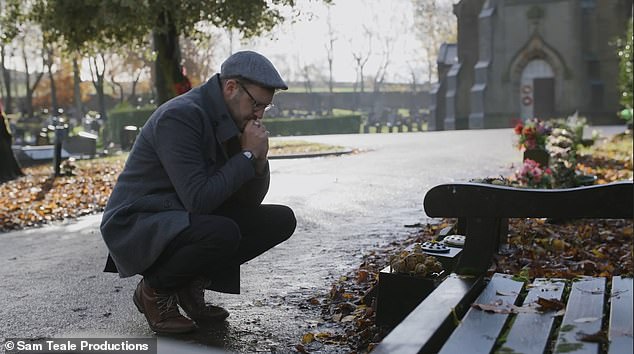 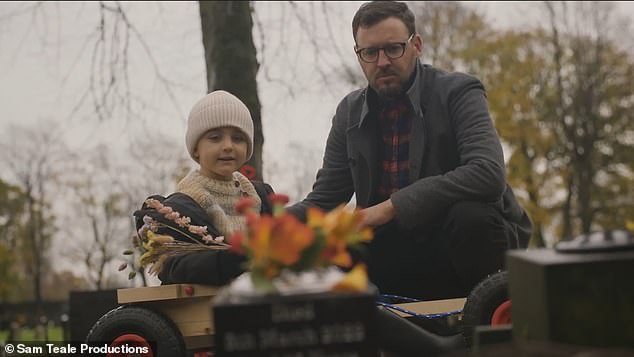 The three minute advert, which viewers say more than rivals the hugely popular John Lewis offering, has attracted more than 20 million views across Facebook and TikTok and left viewers in floods of tears

Since being published less than a week ago, the video has racked up more than 12 million views on Facebook alone and prompted a wave of praise and positive comments.

The advert features shots from Mr Teale’s former school, barber shop and the graveyard where his grandfather was buried.

In one part, the child, played by Ashton Sanders, is asked what he is getting for Christmas. He replies woefully: ‘Santa is poorly this year’.

The bereaved father, who skips meals and turns the heating off to prioritise his son’s wellbeing, ends up creating a makeshift go-kart to ensure his child doesn’t go without. 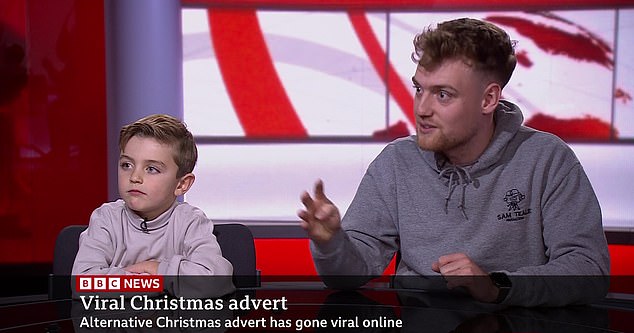 Sam Teale, 20, (right) and budding star Ashton Sanders have shot to newfound online fame after filming ‘The GoKart’ entirely in their hometown of Cleckheaton, West Yorkshire

The advert ends in the town’s graveyard, where the boy’s mother is buried, as he wishes her a merry Christmas as he rides on his new go-kart.

Mr Teale said the film was an example of ‘what young people can do’ as he praised his fellow videographers and the advert’s small acting crew.

He said: ‘At the end of the advert, it says: “The magic of Christmas is made, not bought”.

‘We know it’s affecting real people, and we wanted to show that. The supermarket adverts are all very good, but they’re all very positive and this year is going to be harder.

‘I think sometimes we’ve lost that meaning of Christmas. It’s not all Christmas trees, fancy food and amazing presents, it’s being surrounded with your family.

‘That line that Ashton delivered, that Santa is ill, actually came from a friend who had heard a child say that.’ 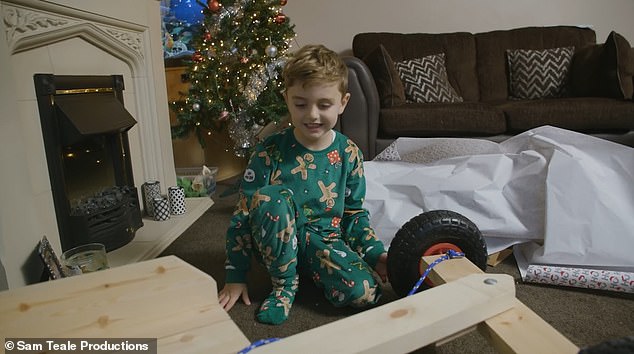 In one part, the child, played by six-year-old Ashton Sanders (pictured above), is asked what he is getting for Christmas. He replies woefully: ‘Santa is poorly this year’ 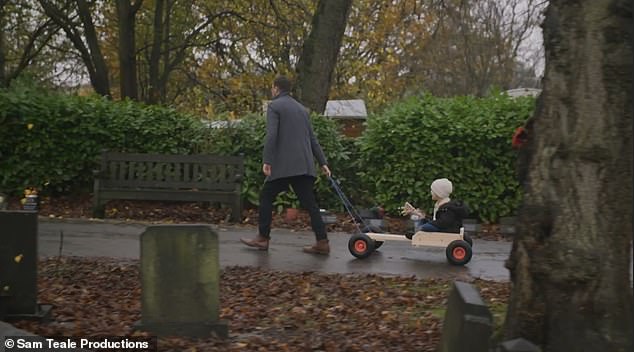 The bereaved father, who skips meals and turns the heating off at night to prioritise his son’s wellbeing, ends up creating a makeshift go-kart to ensure his child doesn’t go without

Ashton Sanders, the six-year-old who stars as the advert’s central character and is already starting to get recognised in public, admitted this was his first stint at acting.

He told BBC News he thought his performance in the now-viral advert was ‘good’.

The budding star also revealed he has asked Father Christmas for a set of DJ decks this year.

It comes as other amateur filmmakers continue to challenge the traditional supermarket giants with their own versions of Christmas adverts that tug at the heartstrings.

Phil Beastall, who left the nation in tears with his ad Love Is A Gift four years ago, has focused his 2022 festive offering on an isolated widower and a kind elf – played by his own wife, Sarah Carmel, 35.

The 36-year-old creator, from Hinckley, Leicestershire, used the interaction between his characters to show how even the smallest act of kindness can make a huge difference this Christmas.

Phil, who also created the music video for Lewis Capaldi’s Someone You Loved, said he hoped the ad, titled A Little Help, would remind viewers that there are lonely people ‘suffering in silence’ and that small gestures can ‘bring sunshine’ to their lives.