The late footballer, who was just 21 at the time of the World Cup final in 1966, wore the number seven red shirt when England beat West Germany 4-2. He was also presented with the medal, which sold for twice its estimated price at auction this week, and a blue England cap, which fetched £145,000.

The former Man City and Southampton manager died of a heart attack in 2007 aged 61, and was the second member of the winning team to pass away, after Bobby Moore in 1993. 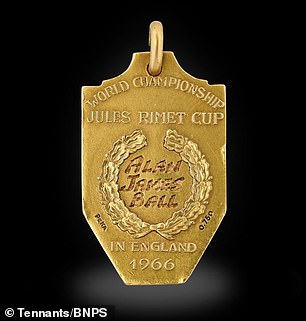 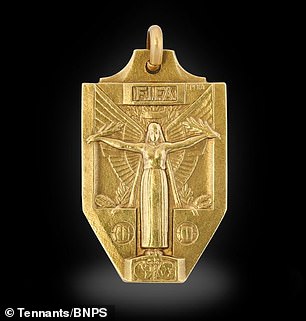 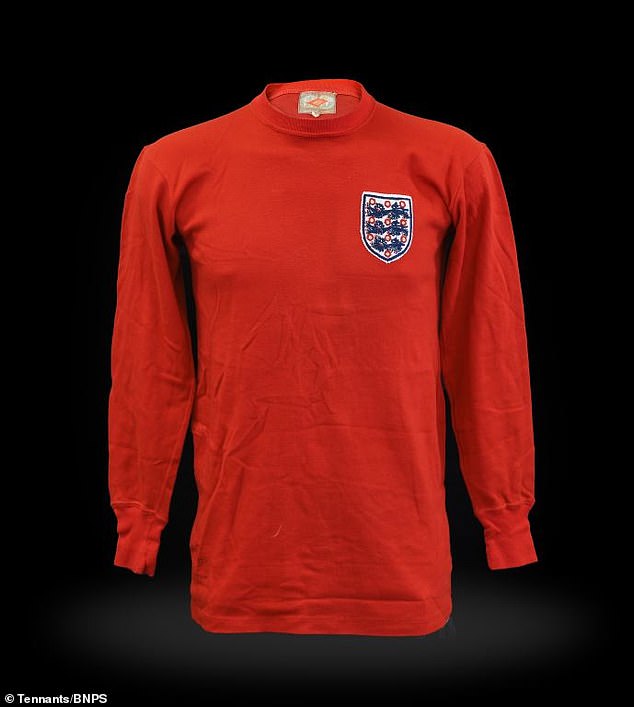 The late footballer, who was just 21 at the time of the World Cup final in 1966, wore the number seven red shirt when England beat West Germany 4-2

His mementoes from the 1966 World Cup were originally sold in 2005 to businessman Edwin Davies, the former owner of Bolton Wanderers.

But when he died in 2018, the items were left without an owner. They went under the hammer again earlier this week at Tennants Auctioneers in Leyburn, North Yorkshire.

Keegan Harrison, a sporting specialist at Tennants, said: ‘It was a fabulous result, exceeding our expectations. 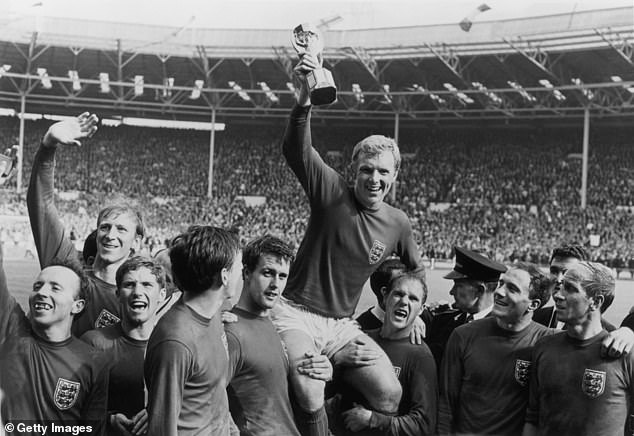 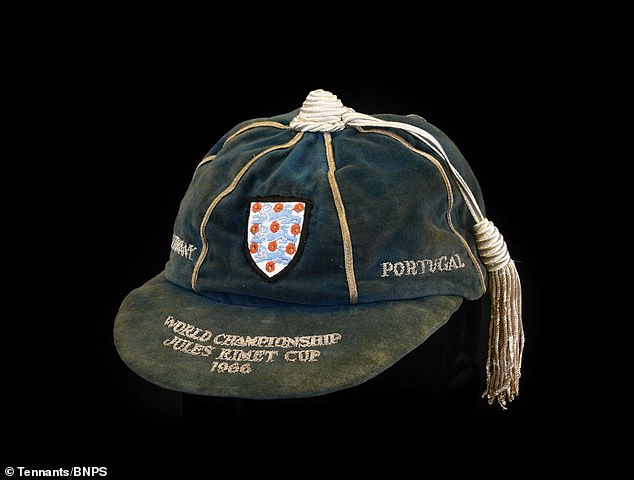 The blue England cap presented to Ball when the team stormed to victory in 1966 fetched £145,000

‘We are delighted for the vendor, who has had a long-standing relationship with Tennants, and it has been a privilege to handle such an important piece of English sporting history.

‘The 1966 World Cup victory will always be a golden moment in English sporting history. It has been 56 years since that incredible match, but it is still very close to the hearts of all football fans.’