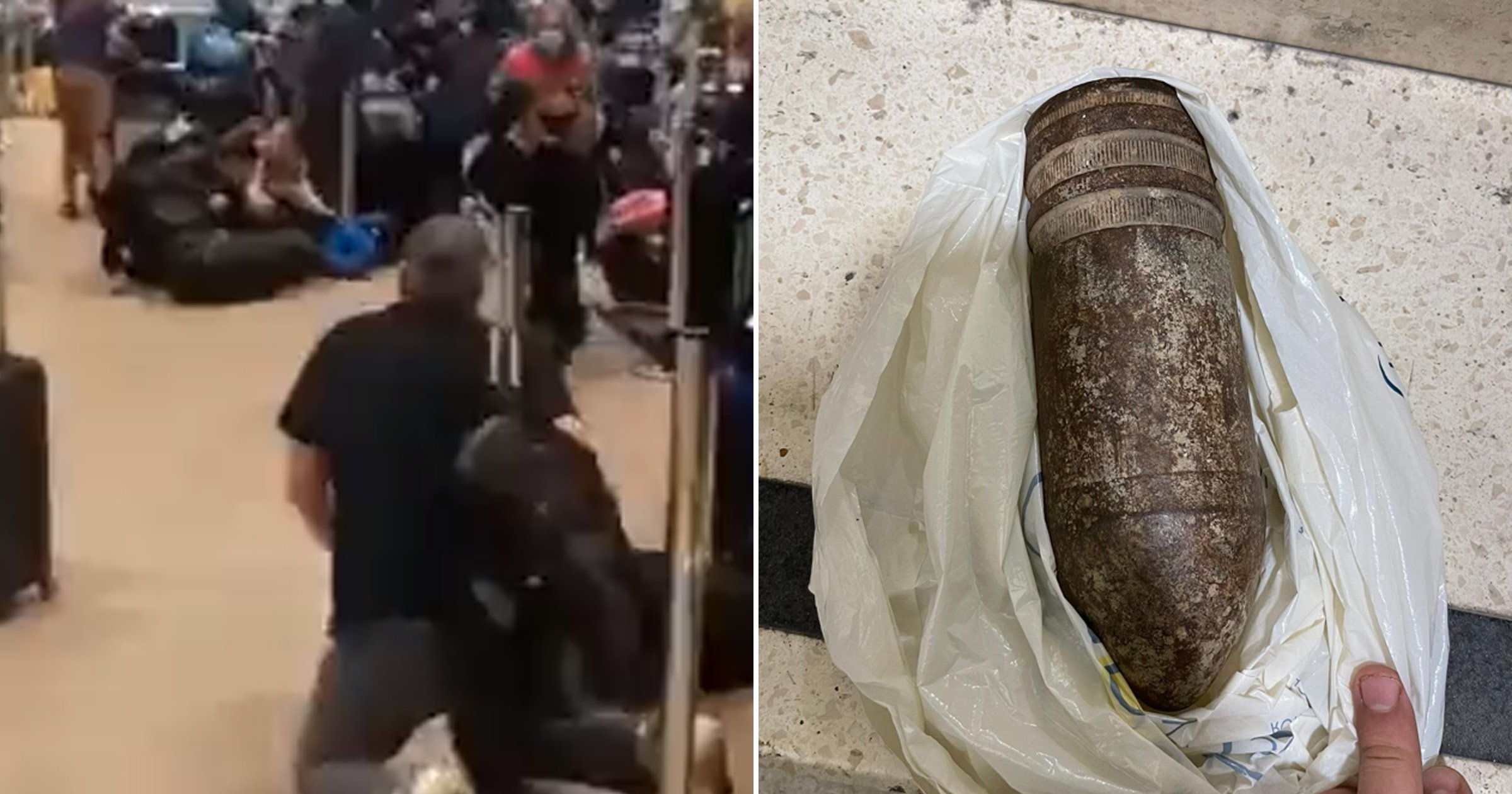 An airport in Israel was plunged into chaos last night after an unexploded artillery shell was discovered.

Video from the Ben Gurion airport shows panicked passengers running through the terminal while others drop to the ground in fear.

It emerged an American family had been the source of the security scare.

They had picked up the unexploded shell on a visit to Golan Heights, which was the backdrop of wars between Israel and Syria.

When the ordnance was presented at security, staff raised the alarm and announced an evacuation.

Panic soon spread across the airport as a result.

People were seen tripping over bags and airport furniture in their bid to escape the commotion.

A 32-year-old man was reportedly taken to hospital for treatment for injuries sustained after he fell over a baggage carousel.

Calm only set in when bomb squad experts were called in to assess the munition – and gave the all clear.

The American family was eventually allowed to board their flight after being questioned by security.

Golan Heights – where they had picked up the bomb – was captured from Syria by Israel during the Six-Day War in 1967.

Remnants of the conflict, such as munitions, can still be found in the area.

The Jewish Press reported a child in the family had initially found the munition and packed it as a ‘souvenir’.

The Israeli Airports Authority has been contacted by Metro.co.uk for additional comment.