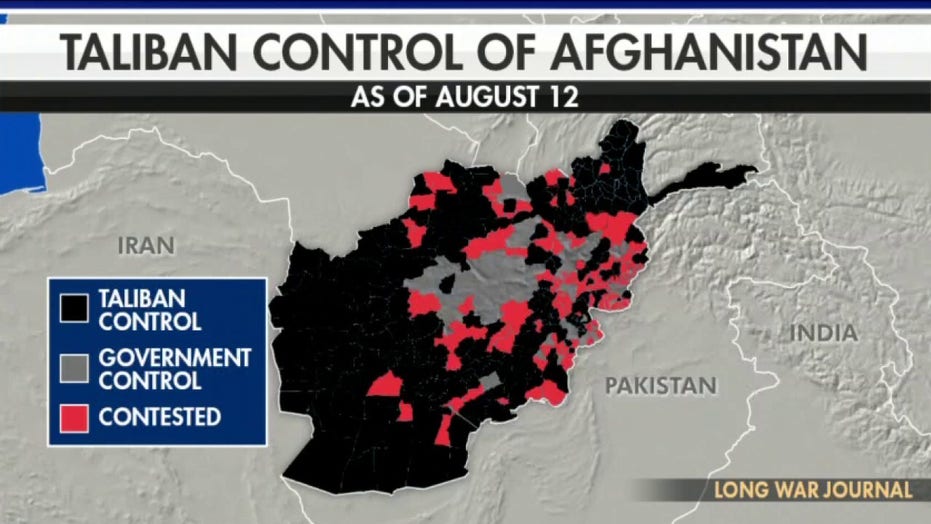 An Afghan translator who helped U.S. forces in the region now fears for his life as the Taliban terrorist group continues its takeover of the Middle Eastern country.

“I don’t want to die,” Faridoon Hazeen wrote to Fox News in an email.

He later said on the phone, “I feel like a man drowning….I am reaching out to anything and anyone to save me.”

The 39-year-old father of four is just one of the thousands of people in Afghanistan who could be at the top of a kill list if the Taliban were to fully take over the country.   He has been trying for years to get a U.S. visa, with no luck.  Recently, he’s emailed the U.S. embassy in Kabul four times but with no clear response.

President Biden said recently amid the troop withdrawal that Afghan translators are welcome in the U.S., although he said bringing them here would take action from Congress.

“And that’s why we’re asking Congress to consider changing the law. But in the meantime, we can guarantee their safety if they wish to leave by taking them to third countries,” Biden said.

While the Taliban has not yet taken over the Afghan capital of Kabul in its merciless offensive to bring its cruel fundamentalist governance back to the country, Hazeen feels they are getting closer.

“You get the feeling the city could fall at any minute,” he said.

He said he believes Taliban members are already infiltrating the city: “To be honest…I have a different type of feeling as I walk around the city.”

He said he’s seeing more young people in Kabul, from different parts of the country, strangers, even from next-door Pakistan.

Things will be bad for a lot of people in Afghanistan if the Taliban get its way.

He spoke of a nearby mosque where worshippers were told that when the Taliban comes they will deal with those who worked with foreigners first.  He said he’s gotten nearly a dozen calls in the last ten days with threats against his life.  He fears Taliban-friendly neighbors will turn him in.

He’s already sent his family away from his home and fears especially for his wife and 11-year-old daughter.  In areas that the Taliban has occupied, there are reports of women and girls being taken as wives of Taliban fighters.

And that is the real problem with the possible full-throated return of the group. As much as they claim they’ve changed since the last time they were in charge of Afghanistan some 20 years ago, recent reports of summary executions and abuse tell a different story.

“I am just waiting for the Taliban to kill me,” he said. He’s not alone.